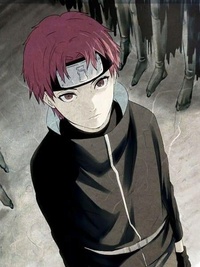 Challenges: -
Task: A the center of the village the grove is often traversed by many in the village. Find a small portion of the sanctuary and tidy it up best you can.

Since enlisting as a shinobi and passing the academy exams and achieving the rank of Genin, Sho had finally received his first mission. Although it was not anywhere close to exciting, Sho was just relieved that he now had an opportunity to make a honest living and no longer needed to rely on stealing from others. It was early in the morning and the Sun had not yet reached its pinnacle, so it was still relatively cool out. Sho wanted to get in and get out to avoid running into any other people, so as soon as he woke up, he applied a fresh set of bandages to his entire body and put on his clothing and exiting his small one-bedroom apartment that was located in a less desirable part of the village.


Sho retrieved his mission order from his gray cloak pocket which came in the form of a small scroll. “Clean the grove, huh..” Last he remembered, there was no grove in Sunagakure, nor could he imagine such a place could even exist in the middle of the desert. With his head down, Sho ventured to the location and upon arriving, Sho was surprised to see that an oasis indeed did exist. There were luscious colors of green and varying colorful flowers littering the area along with a water source. Sho scanned the area to see if any others were around and he could make out what appeared to be several other shinobi in the area, cleaning up as well. Sho carefully picked out an area where there were no others around and began working.

Sho removed his gray cloak to reveal his fully bandaged chest that was missing a shirt. Sho did not want to get his only cloak dirty since he would be dealing with dirt, so he folded his garment and placed it aside for the time being. Sho grabbed a nearby rake and began to work the soil until it was even. Next, he obtained a pair of gardening scissors and started to attend to various plants in the area, removing any wilting leaves or pedals. Next, Sho grabbed a broom with a flat head and many tight bristles. Sho went to work, sweeping the pathways that intertwined through his area of any dirt or mulch. As he worked, he would also secure any trash that had been left by visitors, picking up an empty soda cup that someone had so carelessly thrown away just a few feet away from a trash can. “How can people be so lazy…” Sho’s faith in humanity sunk lower. No matter how long he had been gone from his ‘home’ people never seemed to change. After a while, the area that Sho had claimed as his own, was looking immaculate. A Chuunin in charge of overseeing the Genin who were tending to the grove walked over to Sho’s area, did a quick inspection, and then relieved him of his duty. “Nice job friend!” he would say to Sho.

Approved.
I guess you have something to Sho for your efforts