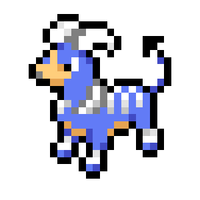 Today had been quite a ride for Shiroyasha. Here he was standing underneath a gazebo, the mission target successfully extracted from her captors. The blue haired woman was sobbing into Shiroyasha's priest robes, probably not the last time a woman would cry on his shoulder. However it was the first, and Shiro awkwardly patted her back. The woman thanked him from saving her from the oppressive bishop whom her father had betrothed her to.

Shuroyasha had taken this D Rank mission, knowing that this woman was a victim of human trafficking. According to Intel she had gone underground with a church when Hoshigakure became settled as a Great Ninja Village. This cult was known for marrying children, and were wanted by the Hogokage. Breaking silence from the cult, Kaede sent a message to the Hogokage. She requested a ninja help her escape the underground prison her unwanted husband had contained her in. After months of receiving word from Kaede, the mission was submitted for Shiro.

The goal would be to enter through the sewers and find an abandoned power plant underneath the city. According to Kaede near the circuit breaker of the room was a broken down wall disguised by Genjutsu. After trekking down through the sewage for a good hour, Shiro found the small room filled with generators. Near the back was a door, and next to it a breaker box.

Shiroyasha switched his Doujutsu on, the Sharingan spinning and revealing the overlay of chakra used to disguise the door. Instead of disrupting the illusion, Shiro simply walked through. He didnt want to let any possible guards know he was there. Shiroyasha darted through a small hallways for twenty minutes, eventually making his way into a smaller room than where he had come from.

This room was surely the cults worship center, black hand prints covered tapestries on the wall. There were mural depictions hanging on the wall, a rather grotesque betrayal of human crucifixion. Shuro shook his hea din disgust, moving forward. According to Kaede this black handed room was where the cult burnt sage for their god to manifest through the smoke. Shiro didnt notice anything supernatural, however to his surprise someone was walking down the same hallways as he had.

A guard approached and Shiro ducked underneath a nearby tabernacle that was seated below the tapestry he was by. Waiting for the man to move on, Shiro sat for a few moments. The man came up to the other side of the tabernacle and began praying. As the man was preoccupied, Shiroyasha performed a Genjutsu.

Demonic Illusion: False Surroundings covered the room. Where the pathway appeared to head towards the next room, was actually an illusion. As the man proceeded to make his rounds he unknowingly was retracing his steps. If he didnt notice quickly, Shiro had at least five minutes to make it to Kaede. She was supposedly in the next room, so Shiro wasted no time.

The Uchiha body flickered down the hall ways. Flash stepping directly in front of Kaedes cell, Shiro motioned for her silence by placing his index finger to his lip. The young woman nodded, white knocking the iron bars she was trapped behind. Shiroyasha was counting the time before the guard would be able to reach this second room from that first hallway. He had no less than five minutes, presuming the guard had noticed he was walking the wrong direction.

Shiroyasha weaved his hands together, performing the torch Great Fireball Jutsu and melting the steel beams. Kaede was sweating profusely, but free indeed. She hugged Shuro, and he whispered in her ear. "Climb on my back," he said, and pointed upwards. His plan was to escape through the vents, leaving the guard to suspect she escaped on her own. Kaede nodded and hopped up on Shiros back. The Genin wove together handseals one final time, using Demonic Illusion: False Surroundings to make the cage appear whole still.

Shiro ran up the wall, showing his strength with the small woman riding piggy back. The walls were high, and pulling the vents apart was easy. The woman climbed in first, and then Shiroyasha followed. Eve ry thing had gone perfect, and the Genjutsu gave them at least 20 minutes to leave unnoticed. It was unlikely anyone would see through the Uchihas illusion, at least without a challenge.

The two popped out of a sewer hatch eventually, and ran to the Water Gardens. Kaede stayed strong, not even whimpering while ankle deep in the sewage. When they arrived at the Gazebo however, she fell apart. She told him about how her so called husband was such a rotten man, crying and snorting up Shiros clothes. Before long a Chuunin arrived to safely take her to the Hogokages office.

Happy to help, Shiro wished Kaede good luck and promptly returned to the mission office. Fulfilling the covert details of Kaedes escape, Shiro was rewarded handsomely. He noted that his Genjutsu had worn off, but the assistant monitoring his progress as a ninja assured him they had no footing as an assault force.

That wasn't the last Shiroyasha saw of Kaede however. After a few weeks he met her at a.resturant. with her chopsticks in hand the young lady picked at sushi. Shiro pretended not to notice her, but was happy to see she had remained safe away from the cult that had been keeping her locked away in the sewers.

Shiroyasha sat at a distance, eating his crispy pork cutlets. The soy sauce drizzled on them was a bit too sweet, also he ate extra slow. Sipping his water down, Shiro.stayed watching Kaede. He wondered where she had gone in life after he saved her. The Chuunin who escorted her after him was quiet on where he would be taken. Shiro figured now of the Psyche Examination facilities, but he would never know. The ninja listlessly wondered, eventually throwing out his cold food. Kaede noticed him a few times, but made no motions to him.

After she gave the waited the rest of her sushi, Kaede left. Shiroyasha curiously followed her home, making sure no one had tailed her. All was safe, and Shiro decided he wasn't needed. He darted away on the rooftop, careful to never forget the face of the damsel in distress.

Heading home after supper the Uchiha planned to take care of his priestly duties. Entering the shrine Shiro bowed to his Goddess. The Astro-Wheel Ember Statue was sitting atop its shrine, the mystical gem glowing with chakra. Shiro stepped forward, and kneeled down in prayer. Facing the gemstone with his 3 Tomoe swirling, he pulled a vial of goat milk from his pocket. Shiro poured it over the metal statue, and the chakra it exuded began to swirl.

After a few moments of Shiroyasha swearing his fealty to the Fire Goddess of Creation, Aiya, he spoke aloud. While the Goddess was unable to hear him through the gem, her spiritual body not capable of sensing sound, she was attuned to empathetic flow of energy around the Astro-Wheel Ember. Shiroyasha's heart swung to her, telling the goddess of his exploits while saving Kaede from her religious zealots. Focusing his intentions Shiro spoke inside of his mind, "Guide me towards wisdom, tell me Aiya; will the fires of life protect this young girl?

The fires of life are a primordial force of flame that safeguard those blessed by fire. Shiro thought that since he had saved her by fire, maybe Kaede was blessed. Several moments passed by as Aiyas spirit flowed to and from the gem, assessing the emotional value Shiroyashas chakra exuded in cohesive practice with her sacred stone.

The chakra of the gem began to swirl, and Kanji could be clearly seen forming inside the darkness left behind by the magnificent swirling light. The Kanji read, "Saved by fire, and saved by quietness." With that the Ember fell dormant, leaving Shiroyasha to contemplate what the divine message meant.

Laying in bed Shiroyasha contemplated Aiya's response, ultimately deciding the spirit was saying no. Despite Kaedes lifelong service to spiritual worship, just being near a guardian of fire like the Uchiha was not enough. Her fears must be too great, for Aiya would never put destructive forces like a servant of divine fire carries, around the Mundane. Shiro felt confident in his deduction of the veiled speech Aiya communicated in. He went to sleep, no longer worried for Kaedes path.
Total WordCount: 1,408
Ryo Earned: 3,000
AP Earned: 25 AP

Re: Saving the Poor (Mission)