Name: Exploding Tag
Appearance: A strip of paper, 15 centimeters long, seven centimeters in width. It is white, with a red border and fuinjutsu markings inside the border. 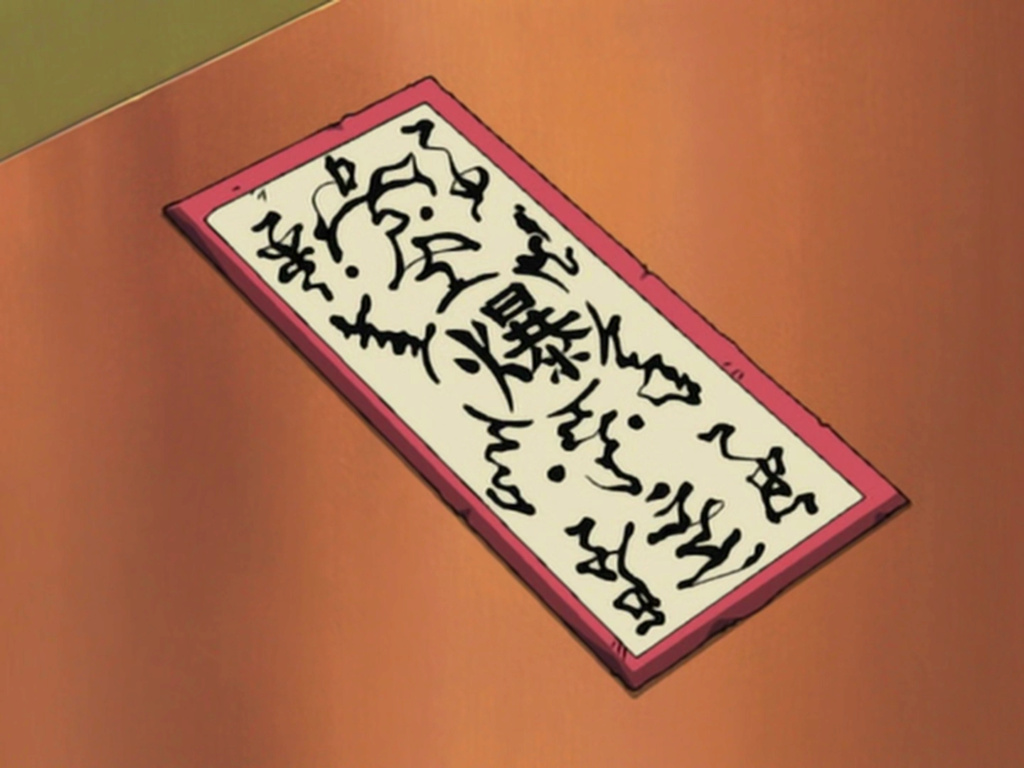 Health: 50/100
Weapon Type: N/A
Trait:
Explosion Seal: The Exploding Tag has a fuinjutsu inscribed on it that creates an explosion when infused with chakra. The Exploding Tag can be set in advance to explode within two posts of the "fuse" being lit (must be decided at that time). If the user is within ten meters of the Exploding tag, they may detonate it prematurely. The Explosion has a radius of one meter, a non-scaling power of 50/100, and a non-scaling speed of 50/100. This explosion is an external effect and a purely physical explosion that can only be absorbed or debuffed by techniques that specifically absorb or debuff physical attacks.