Chuunin Exams: Round 3 - Gin vs Tsunayoshi 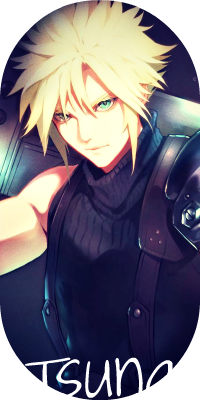 There were factors to take note of. The blood that builds in the mouth of Tsuna was from the piercing of his chest, the bone, not bones, but one which was the chest bone. The heart was the original point of the sacred spear - it did not go through and through the lung, merely piercing it. That being said, as the jutsu was designed and the initial point of the range of the Akimichi was the chest, bone, and heart of the Hatake, the retraction would indeed occur, placing the technique into a cool down, there was no further extending it as Gin would have hoped for, because he did not initially intend for the technique to reach further beyond that in other what he stated for it - meaning not reaching up to 30 meters, or beyond 8 because that was not what he initially claimed to be his technique’s intended range to meet. Thus the purpose for the duration was until the tech reached the length it was intended.

Thus, all the actions that Tsuna did would indeed take place as intended, despite his injuries, as stated previously once the retraction took place. And with his opponent's refusal to acknowledge them because he misunderstood the workings of his own jutsu, they would hit as they were meant to. Tsuna could not begin to understand why his opponent did not move to dodge them, but he could feel that they made contact with Gin as the sudden stop from his fuma and wire. The smoke dissipating in the process.

The fuma possessed 4 blades, each 1 foot in length. One of the blades would enter the flesh of the Akimichi cutting, breaking through his ribs as well as his very heart and lungs, stopping at the back ribs. The other blade would cleanly cut the left arm of the Akimichi off three inches below the shoulder with no effort in its navigation of the insides of the Genin. In that instant, the wire attached was yanked from Tsuna’s pulling. Thus the blades shot off in 4 different directions. The one in the Akimichi would shoot through the back of his ribs, taking blood and bits of organs along with flesh out his back and become lodged into boulder side at his right and abaft of him, drenched in crimson plasma as it dripped. The other blade would shoot 10 feet away, behind him. The other two in front of him would shoot away and part well away from Tsuna 10 meters. One on the left of Tsuna would become lodged into the boulder side at the left of him. Those that were shot with nothing to crash into would fall to the ground after reaching 10 meters in the distance. The smoke was now fully gone.

This would, of course, do enough damage to cause immediate blackout because of the severe trauma from the hit and the internal shredding, as well as the blood lost from the arm being severed. Still, due to the Chuunin Exams rulings by there being no deaths in the exams, the Akimichi would not die because of the skilled Plot medics. They would be more than capable of saving the life of the Akimichi with no problem. Their skill will prove to be Godlike for this particular circumstance.

Howdy howdy boys, I have to say I am very impressed that you got to 3 pages worth of posts before a BM was called. I'll not beat around the bush here, so let's get into the rulings.

Okay, so I will be real here, that vague... doesn't work that well unfortunately. If Vlad had never mentioned distance then sure, but unfortunately he did indeed mention that the sacred spear 'expand to a maximum distance of 30 meters'. This leads to me ruling that yes, the Sacred Spear did fully extend... but here's the thing. The Chunin Exams are non-death enabled, meaning fatal wounds in this exam are not fatal as they would usually be... and as such, wouldn't instantly take someone out of the fight like they usually would (given that they're not dead and all). Tsuna did indeed take that Sacred Spear as described by Gin, but the attack that he launched during and after this hit would still go through, and given that Gin himself made no attempt to avoid that attack... it would also hit.

Okay, there we have it. This fight is still going on boys, and I look forward to seeing who comes out on top in the end. Good luck to you both, and I hope you both have fun with this.

Despite the Sacred Spear having travelled through and through the Hoshigakure Genin, he had still managed to muster up enough strength to mount an offensive in the time the Kumogakure genin navigated the Sacred Spear vertically through the boys chest. The sacred spear cut through the boy like a cleaver through butter, putting a linear, vertical hole from the boys right pectoral muscle all the way through the heart and left side of the boys chest. However the one variable that Gin couldn’t account for was the Fuma Shuriken that was launched in his direction under the cover of the smoke.

Thanks to the smoke, and his foes pin point precision, the Shuriken closed the gap effortlessly, and with a sudden thud the Akimichis eyes widened, pain piercing through his body. The left side of his chest and his left arm completely exposed to the elements as the Shuriken shredded both the cloth and skin. His mouth quickly filling with blood. In the distance, unbeknownst to the Akimichi, his foe had collapsed from his injuries but a few moments earlier, his upper body in quite a critical state.

The Akimichis ears picked up a gentle thud coupled with the clang of his Fuma Shuriken, followed by the hissing of the moving sand. With blood quickly erupting from his left arm and chest the large Akimichi fell in a rearward’s direction, landing on his back, embedding the Fuma Shuriken deeper into his own chest. He had but a few moments to process the damage received, but because of the sudden blood loss, the lung and heart puncture, the Akimichi was unable to fathom how he had been hit.

His eyes rolled into the back of his head as the silhouette of an unfamiliar individual descended upon his body. “I—… Lo — R. Ka—ge” and with that the young man lost consciousness. Thankfully, expert medics were on hand to assist the duo. The silhouette of the individual that had descended upon the Akimichi was that of a member of the Elite Event Medical Team. The Medic began tending to the Akimichi almost as if nothing had happened. To begin with, one of the Medics removed the Fuma Shuriken embedded in his chest, delivering near instant treatment to his heart and lungs. The second medic, retrieved his left arm, re-attaching the nerves, veins, and muscles with surgical precision. The 3rd medic supported the first one by stabilising the Akimichi, healing the damage done to his lung while the forth and last medic attached a breathing apparatus to the Akimichis face.

The two medics focused on the Akimichis organs were able to make great headway quite quickly, sealing the puncture to the heart and lung, effectively reversing it to a state where the damage hadn’t occurred in terms of structural integrity, the Akimichis lung and heart still scarred from the damage. The medical team had to operate quite quickly, but thankfully a few compressions after providing medical treatment to the organs, both the heart and lungs were functioning. Had this been any other medical team, the Akimichi much like the Hoshigakure Genin would have likely lost his life.

With the structural integrity of the vital organs restored, the team began to close the Akimichis chest. Meanwhile the medic that had retrieved the Akimichis arm had performed a miraculous job which meant that the Akimichi would have full function returned to his left arm upon re-awakening. She re-attached every fibre of his being with immense precision, bridging the gap between all parts of the severed arm via an incredible form of Medical Ninjutsu.

Within a matter of minutes, the procedure was complete. The Akimichis left arm branded with a scar located in the midsection of his deltoid muscle. His chest, branded with a similar white scar that extended from the centre of his chest towards the scar situated on his left arm. His large body rested against the sand as the medical team collected their kit before vacating the Arena with the wounded Hoshigakure Genin in tow.

The Akimichi was set to wake from his slumber at a moments notice thanks to a mild concotion used on him by the medical team.
OOC –

Thanks for the awesome thread.
Thoroughly enjoyed it, GGs.
Hope we cross paths again in the latter stages of the event, if I make it lol.

WC – 699
Can’t claim anything ATM as I have max slots so will just leave this here for now.

The pain that was burning away at the body of the Hatake was enough to make him lose consciousness, but not before all of his actions were done as intended. That means the severing of the Akimichi’s arm, the pulling of the wire that caused the blades of the fuma shuriken to shoot through his body and out of his back as planned. Once all of this was done and only as it was done would the boy feel his body grow numb and his sight fade from the lost of blood and consciousness.

It was odd, though this meant he lost, Tsuna could be seen smiling unconsciously. The boy fell to his face in the sand. His Sloth’s Bane to his side. Blood began to stain the sand, drenching his hair red as it flowed.

The Hatake was seen to with amazing haste from the medical team that was on standby. Though these medic seem to have a unique attire. One of white cloaks. They would phase around him and without a fraction of a second phase out of the arena with him and his belongings. Tsuna would be seen to in special care elsewhere.

[Exit - OOC: Good Game. You did very well in evading and utilizing your build to overpower that of my own. Great job and beautiful win.]
[Total WC: 6,117]

Claims will be made later.

WC Remaining: 2132
I don't have anything to claim this on atm but will claim asap.