Name: Aiden
Contract Race: Ancient Red Dragons of Haven Country
Rank: E
Appearance: The smallest of the bunch, Aiden's size is 2m with a wingspan of 4m. He has green eyes and similar to the rest of his race this young dragon also possesses tough, red scales. 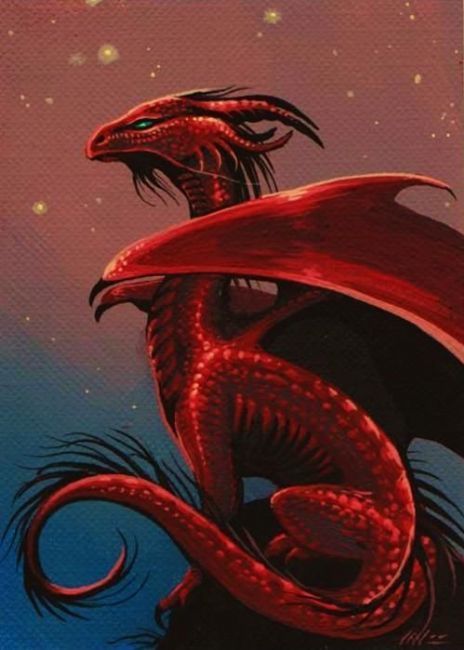 Personality:Aiden, literally meaning little fire, is the youngest of the Ancient Red Dragons. Because of this, the young dragon is pretty dependent on the rest of his family and gets easily attached to the one summoning him. Due to his soft personality he prefers being on the background, needing a little push before starting to believe in himself.

Passive Abilities:
- Human speech
- Draconic language
- Telepathy up to 40 meters away
- High intellect, intelligence on par with most humans
- Teeth, fangs, claws, horns or any other sharp parts have a sharpness equal to strength stat
- Flight is equal to speed stat
- Able to detect the faintest of scents and sounds from 50 meters away while being able to see things up to 100 meters away

Looks good to me! Trial Approved.