Name: Nova Surge
Appearance: A deep green liquid with the same consistency as water. Typically contained in a vial or clear glass container. 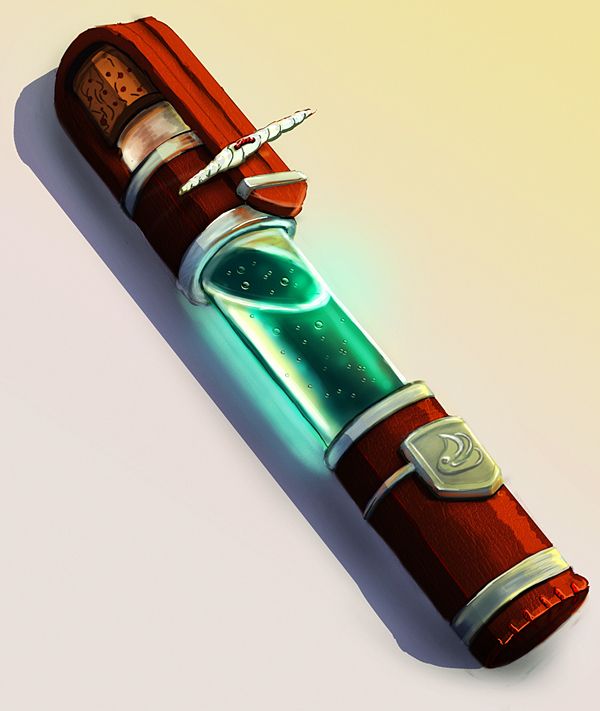 Backstory: Another medical remedy made by Yuuma Fujiwara is to bolster the health of Hoshi villagers and the strength of Hoshi shinobi. Originally derived from a therapy drug, this potent mixture has been infused with medical chakra to bolster the body's muscle system temporarily.

Health: 10 (container)
Description: A potent drug mixed from a chemical typically used in muscular therapy, this liquid sends a surge of fresh energy to the user's muscles. For the duration of 1 post (the same post it's absorbed), the user experiences a bolster to their muscles, providing a bonus of +25 to the character Strength. However, this bonus is only applied when the user is subject to a jutsu or ability to checks the user's strength about the abilities effectiveness. This bonus does count to scale Strength-based jutsu, nor does it actually increase the physical power of any of their abilities, including the examples given of strength-based feats as detailed on the entry under the stats/jutsu rules. Due to the strain it puts on one's body, this potion cannot be used more than once per thread, though it offers no bonus or penalties to multiple applications.

This potion can be injected or ingested.