Training with a Shadow Clone(solo) 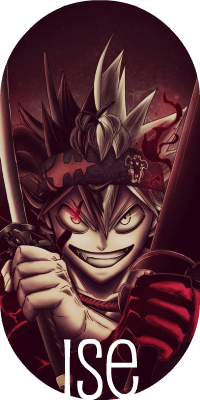 Training with a Shadow Clone(solo)

Ise had headed for the training grounds, kind of rather eager. Even though he had his responsibilities, such as missions, he still had managed to train every so often. At first, he only knew certain few jutsu from his time at the academy, however, not only had he been taught chakra control, as well as the body flicker technique, but he had been able to perform fire style jutsu, just like his father, as well as his older brother. Today, he had come up with a special kind of training, or at least it was special to him. After a few minutes of walking through the village, he had finally made it to the Water Gardens where the training grounds were. Even though it was only a few weeks ago, he couldn’t help but remember the day he had met Zeo, who had helped him. Not only that, but he could perform some really cool water style ninjutsu as well. However, Ise had a feeling that there was definitely more than just his impressive water style that made Zeo impressive. There could be a day where Ise would be able to see more of what he could do if they were ever to be assigned together on a mission. He was in a different squad though, knowing Ise’s luck. In fact, he hadn’t met anyone from his squad yet. There could be a time though where Ise would get to meet them surely. The waiting wasn’t all too bad though. He was still able to take on some missions by himself.

Ise had begun to stretch his legs, making sure to limber up. Then Ise had formed the hand signs to perform the Shadow Clone Jutsu. I a puff of smoke a few feet away from Ise had formed, quickly going away, and itself stood clone, resembling the Young Uchiha. “So, what’s up?” The Shadow Clone had asked the real Ise. “You and I are going to some traditional shinobi sparring. Well, to an extent anyway. Stand on the other side from me and we’ll get this started,” Ise had said grinning. “I couldn’t agree more,” The clone had grinned. “Also, don’t be afraid to let loose. From the looks of it, we’re the only ones here. Besides, I can handle myself,” the real Ise had said. This in turn made the clone scoff and began to speak. “For the original, you sound a little arrogant. Looks like I will have to go all out then so that I can put you in your place,” The clone had said in a slightly playful manner, yet being serious at the same time. “Here, I’ll even give you a handicap,” The real Ise had said, throwing a Kunai at the ground about five feet where he stood as well as where from the clone had stood. They had faced each other, wearing the exact same grin. The wind had begun to howl slightly, being the only sound that could be heard. After a few minutes of staring at each other, the clone and the real Ise had begun to raise their opposite hands slightly apart from their faces, having their pointer and middle fingers resting up in a straight line against each other. Then, after another slight howl of the wind had come to pass, they instantly opened up their eyes, revealing the Uchiha’s Doujutsu - The Sharingan eyes. Then immediately after they both opened their eyes, they sprinted at each other; grabbing the Kunai that was in front of them both, without stopping. The Clone had quickly wasted no time to throw his at the Real one, however, with the help of the Sharingan, the real Ise was able to dodge it, continuing to charge the clone. However, soon after the clone threw the kunai, he quickly brought his hands together weaving the hand signs Rat, Tiger, Dog, and Ox in order to perform the Pheonix Flower Jutsu; inhaling briefly, only to spit six fireballs out from his mouth one after the other in a mere matter of seconds. The real Ise had then begun to jump, dodging one fireball out of at least a few of them, while weaving some hand signs of his own. However, it seemed like he wasn’t able to dodge all of them.

The real Ise who was weaving the hand signs together while dodging had used the substitution jutsu, using a log to take his place, while going from behind the clone for a strike. The clone, however, quickly spun around, jumping into the air right above the real Ise. Only to begin matching simple blows against one another, both using the Sharingan to dodge and counter one another. It had dragged on for quite a bit, however, the Real Ise had managed to land a clean hit to clone, sending him back a few feet staggering. He hadn’t even used the Kunai in his left hand yet. “Well, you’ve managed to land a hit,” The clone had said, seeming impressed. “Well, I told you that you didn’t have to hold back.” The real Ise had said, throwing the Kunai out of his hand at the clone, who of course managed to dodge it; beginning to once again charge the original. The clone had begun to slide on the ground, coming to halt right as soon as he used his hand sign, to quickly form a whip of fire from his hand, beginning to swipe the real Ise with it from down below, hoping to hit from that angle. However, the real one smirked, jumping into the air, forming hand signs of his own while dodging the fiery whip. “Cero,” The Real Ise had said, releasing a ball of pure chakra at the clone. The clone began to quickly jump and roll out of the way of the orb coming at him, colliding with the ground. The real Ise had continued to fire more balls of chakra from his had, having the clone bounce about and dodge as he had done when dodging the Pheonix Flower Jutsu. It was then the clone had begun to speak. “Alright, stop for a minute,” Clone Ise had said randomly, which made the real one confused. “Why stop though? We were just about to get to the good part.” The real one said, seeming disappointed at the fact the clone called for a random time-out. “Well, it’s just that we’re barely getting nowhere with this.  All we’re doing is dodging and countering each other,” The clone had said. “Yeah, and?” The real one had said back, not understanding the clone’s point, which prompted a sigh. “It’s because of the Sharingan. We’re able to dodge because of it. Not only that, but we’re able to match each other’s speed which also plays into what I’m getting at here,” The clone had said, annoyed at the fact the real one didn’t get what he had meant.

“Oh! I get it now! You want us both to not use the Sharingan anymore, so that way we both have as close to an equal footing as possible,” Saying it nonchalantly. The way the real Ise had worded that, had made the clone slightly offended. “I guess that’s one way of putting it,” he said, rolling his eyes at the real one. “Well, in that case, no more Sharingan,” The real one had said, completely oblivious still for hurting his clone’s feelings. The two of them turned off their Sharingan eyes, then continued their sparring session once more. The clone had begun to charge as did the real one, beginning to match blows with one another, except this time, was different. They had actually been able to both equally hit the other once or twice. “I’m starting to see what you mean by now. This is actually better in a way,” the real Ise had said, although he admitted the Sharingan was amazing. It even gave the real one a wicked idea. They continued to attack one another again, and the clone having made a false swipe with his hand, only to bring his foot instead directly into the real Ise’s stomach, which hurt, however, he endured the pain; as he went back, firmly sliding on the ground, weaving the hand signs to counter. “Fire Style: Fireball Jutsu!” The real one said, spewing out a giant fireball, hitting the shadow clone, making it poof out of existence after having been hit by the fireball. Ise had panted a little, while also trying to not wince from the pain that still lingered from getting kicked in the stomach. “Looks like I won though,” Ise had, managing a grin.

Re: Training with a Shadow Clone(solo)