Name: Suiton - Bubble Drift
Element: Water
Rank: A
Specialty: Ninjutsu
Special Jutsu Type:
Backstory: It is rare for Suiton users to fly, but this technique defies it as it now allows one who mastered the art of bubbles to drift among the clouds at will. Travel in style.

Appearance: It creates a large bubble made of water and chakra to float inside or to ride on top of. While clear or iridescent, the bubble appears sturdy despite its frail nature. Users can be seen inside it to carry the caster or others with him. 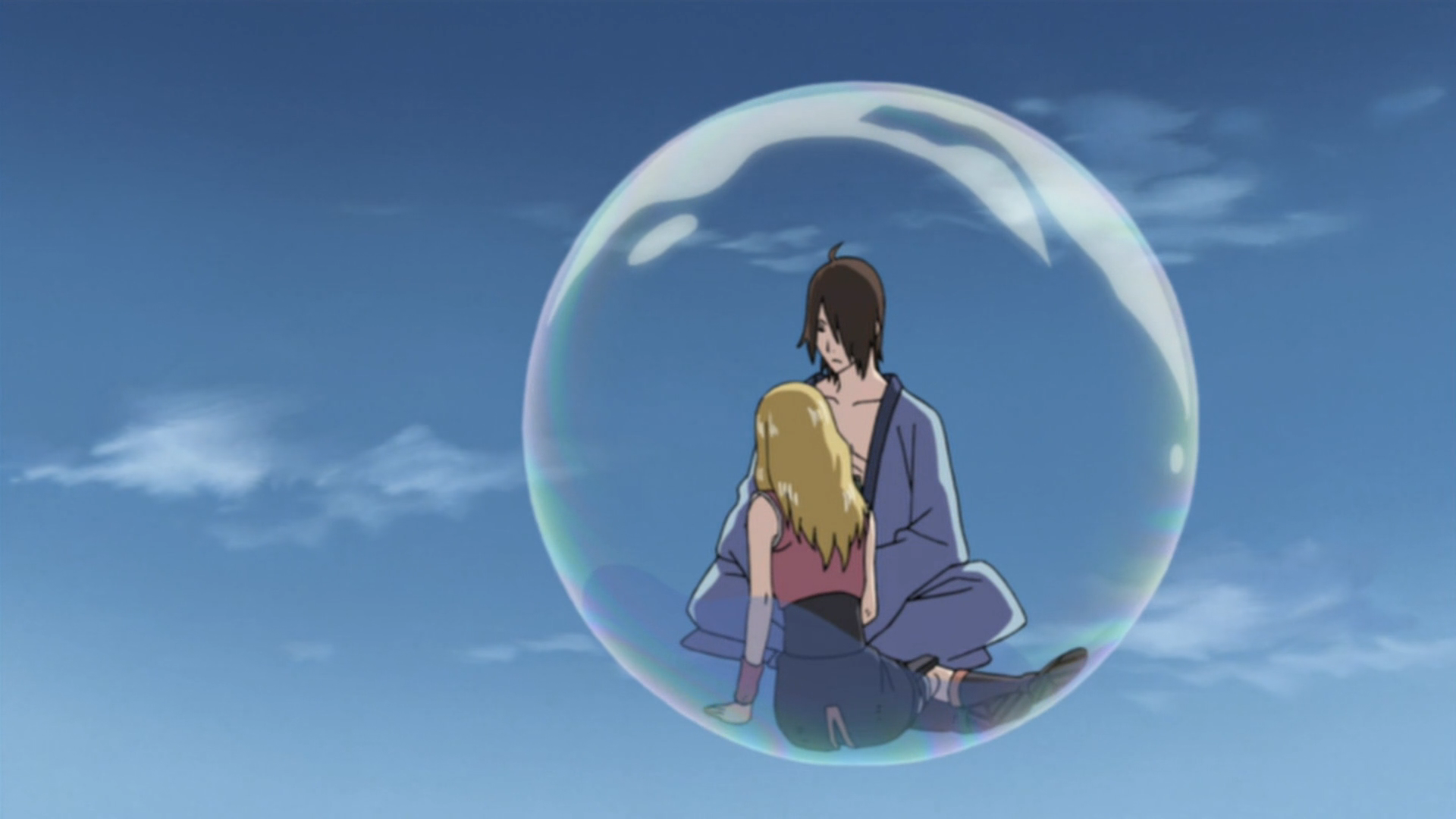 Handseals:  Dragon -> Bird -> Ox -> Monkey -> Rat -> Snake
Duration: 4 posts
Cooldown: posts used +2
Range:
Power:
Speed: 50
Health: 50
Stat Boosts: n/a
What it does:  The caster blows a rather large bubble 2 meters in diameter, and then they hop inside it. The bubble freely moves at the whim of the caster, allowing for long-range flight. The caster can use this to travel great distances with ease, moving at the technique's speed. By increasing its size to a maximum of 6 meters, he can easily carry other people-- a maximum of 3 others. This jutsu may also allow water travel, able to dive under the water safely with the same effect.

Also, the bubble has subtle features. It is relatively airtight (except oxygen) to avoid gases or prevent one’s scent from escaping. The bubble can also use its iridescent quality to reflect the images around the bubble-- essentially camouflaging that inside as if they were not even there.  These two abilities are only possible with sensory specialization.

Changes made at mod's discord request

Approved thanks for the edits