Appearance: A large iron Maneki-Neko, lined with sharp spikes on the inside. If the user has access to a summoning contract, they may optionally have the iron maiden be themed appropriately, but this is purely an aesthetic change and does not affect the technique's dimensions. 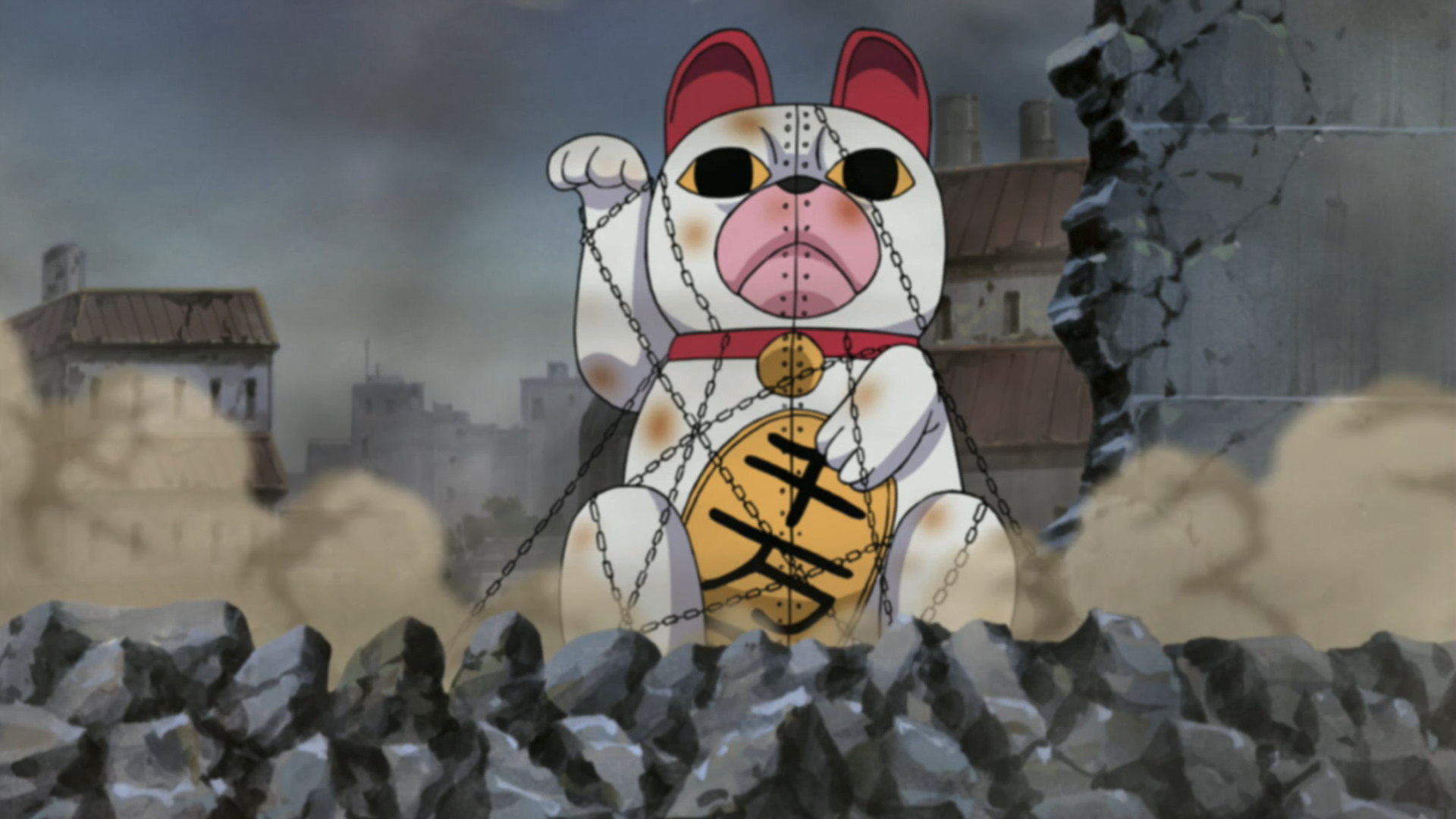 Handseals: Ox > Boar > Dog > Bird > Tiger
Duration: Up to 4 posts
Cooldown: Posts used +2
Range: 15m
Power: 40
Speed: 40
Health: 40
Stat Boosts: --
What it does: Upon casting the technique, the user designates a point within fifteen meters of them. The iron maiden rises from the ground at the speed of this technique, bisected vertically into two halves that rise five meters apart, with the designated point of origin the midpoint between the two halves. The origin point cannot be selected so that either of the halves would rise within one meter of another character. Once the iron maiden has fully risen from the ground, the user may form the Seal of Confrontation at any time to snap the two halves together at technique speed. Upon this time, iron chains appear to bind the halves together.

The outside of the iron maiden is harmless. The interior is lined with wicked, overlapping spikes with a sharpness equal to this technique's power, gruesomely impaling anything unfortunate enough to be caught inside. The iron maiden is five meters tall and three meters wide and has a health state equal to this technique. If the maiden is significantly structurally damaged or destroyed, it vanishes in a puff of smoke.

Once the maiden has closed, the user may choose at any time to have it move back underground (only to the depth required to submerge the iron maiden's head). If this technique's duration ends while somebody within is trapped inside it underground, they become entombed within the earth.

Hello josie, I'll be the Trial looking over your app.

Could you mention that the iron maiden can't spawn//rise within one meter from another character?

Is there a way that the target can escape? Assuming they survived being impaled or the duration hasn't ended of course.

Feel free to lower the wordcount to 1750.

Added that neither of the halves can spawn too close, and clarified that the maiden's health is equal to tech health and it vanishes if severely damaged.