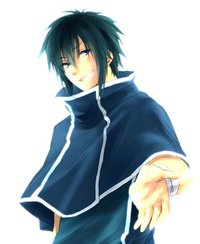 Character Requirements: Be and NRPG Character

Task:
The Hollykage magically teleports a large sack that’s full of warm cookies and delicious sweets! Hand them out all around the village until the sack is empty


'The hell is this", Sai thought to himself. He had accepted a low ranking mission to get some of the rust of him, since it had been a very long time since he had done much shinobi work. It turns out that the mission he had accepted was no normal mission. He had been teleported to a near by village the moment he had accepted the mission. He wasent sure if the mission had some sort of jutsu that was attacked to it or what , but one thing he was sure of was that it didnt take him out the country. If he had remember correctly the town was called Tanzaku town. It wasent the most popular town but it did have some decent game rooms , if Sai remembered correctly. As Sai started to calm down he felt a real funny feeling in his stomach. It happened so quick the young uchiha wasent prepared at all. Vomit started coming out of his mouth , not alot but enough to have the few people walking past look away in disgust. His mind and body wasnt ready for such a instant teleportation. It took only momments after Sai wiping his mouth to find a well in the town and was able to clean his mouth. Now that he was clean, Sai started to walk around the town just to make sure he was in the right town and not in some similar looking place. It didnt take long for him to confirm his hunches about where he was at, but he couldnt help but think why couldnt he come here himself. I can understand not trusting a missing nin , but the mission only required Sai to hand food out to people.

He couldnt help but sign at the thought at how weirder and weirder the shinobi world is. Even though he was far from normal himself he doubts that he would of went to the all the trouble of teleporting the shinobi who accepts his mission to the location. Sai hoped that whoever takes a mission from his guy is prepared for the that and dont end up puking his guts all over the place like Sai did. Now that he knew where he was at it was time to do what he came there to do in the first place. The treates where inside a bag giving to him when he had accepted the mission , he never got the chance to look inside the bag before hand but since he was about to hand them out now was the time to look. As he observed the cookies he couldnt belive how basic the cookies were , it almost made him angry at having to go through such an annoying trip just to hand out some simple cookies. Sai took a deep breath and tried to calm down. He knew no one would want a cookie from some angry uchiha , so it would be best to turn on his smiley face and hurry and finish the job. It took him around 2 hours to drop off all the cookies and once the bag was empty it teleported Sai back to the place where he accepted the job from. 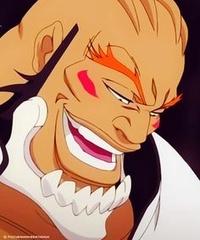 Another mission was on the line for him, and he disregarded the idea of doing one. He was mostly not interested, but that's how it was going to be. As a shinobi, he knew that he had to work to achieve what was needed. So, if that was the case, then a nod is seen from the man himself. The idea to even take one was buzzing through his mind. He sat-up from his bed, wondering what his next cause would be. As his hands rolled up into a ball, he needed to do some, and that was getting stronger.
He really pondered through his bedsheet, knowing what will his purpose of this shinobi life be. If it had to come like that, he wondered what it would be.  The choices he had to take and the consequences he had to face, either way, his choices were limited. He closed his eyes for a brief moment thinking of the past, wondering what he could become. He only wished his parents didn't leave him, but it wouldn't allow this feeling to get to him.  He dedicated his whole life to his parents, only wishing they were there to see him become a great shinobi.

He rolled out of his bed as other plans came into play as he would equip himself with his natural clothing and proceeded to head-downstairs. He represented the village known as kazangakure. He was grateful to be in a solid village, hoping he would provide some solid defence as his only way. He had himself straighten up and face the facts of the shinobi life. If anything came in his way, he would be smart enough to defend it. However, fighting was in his blood and dedicated without ease or worries as he was destined in a fantastic clan.
He packed up his bags and left the scene without any worries. He, in all kinds, was destined to find a new mission. Somehow he could tickle his way into finding it. What made it seem not easy was he was somewhere he never expected to be. But picking up the mission board and simply taking the one that was needed. It was simply picking up candies and passing them over to the village. Undoubtedly, it was an easy road and started for him. Without any hesitation, he wasted no time to start on this as he made his way to smile across his face.
With everything in his storage, goka would go around the village handing over small packages of candies around the village. It wasn't an easy mission but something he had to focus. Every person in the village and his surrounding was receiving the prizes through-out the village. A smile occurring from each individual, and that was the goal after all. He was delighted even to do this, somewhere in a crazy part of the world. And now he waited upon what to do next as he proceeded to smile, knowing the job was done and done.