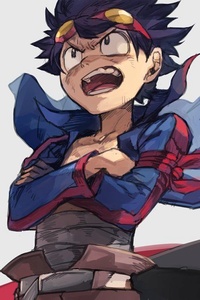 It was a beautiful day in Sunagakure, and it was also a special day. Yuurei had been doing a lot of missions within his village as it was part of his life now, but he had never really spoken to the Kage once. He would go in and get the mission from him, but it was someone else who had dealt with giving the missions out to him directly. Still, it would seem like today would be a different day. This was good as it would give him the chance to see who the people of Suna had respected. He knew what he had done for the village, but was he really good enough to follow? He would find out today as he was to meet with him at the Spire. This was where he had worked and lived in and that much he knew.

He had gathered his stuff as he would equip himself with the usual stuff. Yuurei knew that it was just a visit, but he knew that he would always be on the job. When he had gotten ready, he moved over to the lower level of the house, and he would sit down to eat his mother’s food as she knew what he was doing today. She was excited for her boy and couldn’t help but make his favorite breakfast. When Yuurei was done eating, he would leave the house as he made his way to the rooftop of his house and started traveling from there. His body moving through the area and towards the Spire itself. It wouldn’t take long for him to make his arrival there, and when he did he would safely make it to the lower level as he entered the building.

It was massive, and the heart of the village. The people knew how to find the kage, but would that mean the enemies did to? Well, he figured they would know what to attack as it was the biggest building in the village. Yuurei would go to the counter as he would look at the person there.

“I’m here to see the Kazekage.” He would say this as the person behind the counter would look at him.

“He was expecting a little boy to show up. Just go up to the highest floor, and you will find him there.” They said to Yuurei.

Yuurei would nod as he would do just that and when he had arrived at his location he would shake his head from how much he had to travel. Still, it was a good work out and he honestly enjoyed the feeling. He would knock on the door as he stood there waiting to be let inside as he didn’t want to be rude.

“It is Yuurei Uchiha. Can I come in sir?” He asked hoping he was there right now.

As Yuurei reached the top of the stairs the beautiful form of Lilith could be seen seated behind a small desk in front of the simple mahogany door that led to the leaders chambers of The Spire, and as the boy took his final steps over the last stairs the redhead would resist the urge to shake her head. This was the second person in only a few days that had missed the seals on the bottom floor that would teleport him directly up here and thus skip the almost endless staircase. Oh well, she would just repeat what she had done last time and inform him after his meeting with Kenshin was done.

“Good morning dear, my name is Lilith, the personal assistant of Lord Kazekage. Is there anything I can help you with?” She would ask kindly, her voice light and almost melodic, with a small but genuine smile on her face. If the boy was looking for an audience with Kenshin, which she suspected he was because really why else would he have climbed all those stairs, then he would be in luck because The Ragdoll was within his office and always had time for those who wished to meet with him.

From within the office Kenshin was watching the situation unfold with his Byakugan, the white eye almost permanently active within this specific room… something that he had taken to doing to both see when people were coming to meet with him, and to be able to watch as anything approached the building. Given the fate of the last Kazekage Mansion… he figured it was an appropriate precaution.

Yuurei would wait for an answer, but instead, a voice would come to him from a different direction. His eyes would shift straight towards the woman as her voice had shown him she was a kind person. Still, after her introduction, Yuurei would bow at her out of respect as he would stand tall afterward. He would approach her thought as he would move away from the door and he would look into her eyes before speaking out loud.

“Good morning Lilith. My name is Yuurei Uchiha, nice to meet you.” He would pause as he would look at the door that led to the Kazekage’s office.

Is he even there? He thought to himself as he would look back to Lilith.

“I am here to visit the Kazekage today. I haven’t really spoken to him, or anything of the sort besides took missions from him. I figured today could be a different day and I could get to know the man who protects our village, and well I would hope he could get to know me today as well and help me out with things, I think I need help with honestly.” He would say this with a smile on his face.

Yuurei would rub the back of his head though as he was sure that either the Kage was listening in to their conversation or those doors were thick enough that nobody could hear what was happening inside or even outside of the office. Still, he had a thirst for blood that he tried to quench, but it was hard to do as he couldn’t just kill unless he entered the arena.

Lilith would smile and nod as the boy introduced himself and explained why he was here… in essence, he wished to actually meet the Kazekage and get to know the man that was sending him on missions and protected Sunagakure… she understood, and she knew Kenshin would as well… they had both served some less than ideal leaders back in Hoshigakure.

“I see. Lord Kazekage is within his office, and he is able to take visitors right now, so feel free to enter. Just be sure to knock and wait until you are told to enter, he is a bit of a stickler for manners.” Lilith would say with a gentle smile on her face, her voice almost melodic as the words flowed.

Kenshin would deactivate his Byakugan and continue to fill in the request forms that were on his desk, either stamping them with an approval or just denying the requests, depending on what he believed the best solution to those problems to be. It was amusing really, he knew that most expected being a Kage to be an almost endless cold war with the other Kage, a game of grand political intrigue with countless pawns on a giant chessboard… but in actuality, it was little more than bureaucracy and politics. There was every chance that he was doing something wrong, but he did not care, what he was doing was working fine for both himself and Sunagakure as a whole, and the village was thriving in a way that it had not since WELL before Kumo pillaged it.

Yuurei would nod as he was listening to her words, and he was glad that things would go smoothly with talking to Kenshin. He would smile at her as was happy with how kind she was.

“Thank you for the information, Lilith, I hope you enjoy the rest of your day.” He would say this as he would turn to the door that the Kazekage was behind.

He would easily knock on the door three times before coming to a stop and stepping back. He didn’t want to get smacked by the door in front of him if someone opened it, so he made sure to be prepared for at least that. Yuurei wondered how this was going to go and he could only imagine the hardship that he had gone through in his life.

I should have brought Gin with me. It would have been better if I had my closest friend here. I’m sure he would want to meet the big man in the village. He thought to himself when as he was waiting for Kenshin to let him inside the room. His right leg tapping on the floor as he was a bit impatient now that he had to wait for the man to answer.

Still, things would get interesting from here on out because Yuurei would get to meet his kage, and learn about him, and he figured that it would be the same with Kenshin. He would be able to get to know another one of his ninjas.

The Ragdoll would watch as the boy passed Lilith and approached his door before deactivating his eyes and simply waited for a few moments for the boy to finish the meter or so between himself and the door. As he heard three knocks on the door he would lightly clear his throat.

“Enter!” He would call clearly for the person on the other side to hear.

When Yurei entered he would be able to note that the tall and rather imposing figure of Kenshin could be seen sitting at a rather large desk in the centre of the room, the chair that he was sitting in facing the door and thus anyone that entered the room. Despite being seated it would be obvious to anyone that entered that The Kazekage was quite a tall figure, his body towering over the desk. The man could be seen wearing a simple long-sleeved black robe, no fancy adornments or anything truly special about it. The Reaper would be simply filling out a couple of forms as Yuurei entered, and as he heard the door open he would look up with a light smile on his face.


“Good Morning, what is it I can help you with?” The man would ask politely, before gesturing towards the rather comfortable looking seat that was waiting on the opposite side of his desk. To be quite honest he didn’t know whether the boy was a member of his forces or not, due mostly to the fact that he couldn’t see a headband, but regardless he was being visited, and he would find out what he wanted. 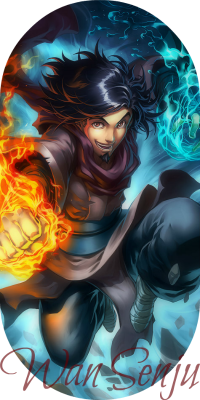 It's an honor to be approving a Kenshin thread. Approved.