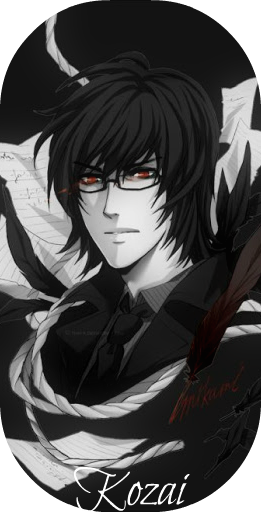 
Appearance:
Handseals:
Duration: 1 post (to animate any number of corpses)
Cooldown: 1 post
Range: Contact (see below)
Power: 50
Speed:
Health:
Stat Boosts:
What it does: After implanting at least one Black Receiver into an inanimate human body, the user is able to reanimate it as a controlled external body. Up to six of these can be active at a time, one for each path (Naraka, Preta, Human, Animal, Deva, and Asura). The bodies are directly controlled by the user, and draw chakra from him, though this isn't apparent to others by any means. As such, they do not have their own chakra pools, and draw from the user's AP pool. The bodies may roam within the same country as the user. They may not use the jutsu they knew in life (except for the basic academy techs, Black Receivers and free skills), but are able to user the jutsu corresponding to their respective path. While the user has a path body deployed and active, he is unable to use the corresponding jutsu himself. All cooldowns and caps associated with Black Receivers are shared among all paths and the user.

When the user inserts a Black Receiver into a body, he animates it with 300 base stats, which once arranged cannot be changed. The paths show the Rinnegan pattern within their eyes. The paths do not have the bloodline corresponding with their body, and cannot implant additional bloodlines, and cannot become jinchuuriki. If a path becomes the subject of a genjutsu or genjutsu breaking effect, it affect all of the active bodies and the user at once. If the user actives an enhancer, it also affects all of the bodies at once, but at -20 magnitude and a cap of +70 to the main stat increases.

Once all Receivers are removed from a path body, the body becomes inert once again,. and must have this jutsu cast on it again to reanimate it.

Survived 2021
You've completed the Christmas Event of 2021 and qualified for the last reward, by partisan you are awarded this fancy badge!
Ryo : 285150

Updated for paths to have 300 base stats since they cannot obtain any bloodlines and that is the clanless stat cap. Edits requested by Kozai, and while I could reapprove this myself since I don't personally see an issue, I will leave it for one of the other full mods/admins to decide just in case.