After receiving his transplant surgery from Kenshin, Guren felt a wave that compelled him to begin to seek out his own studies. As he left from the hospital, the concept of different bloodlines and learning abilities began to inhabit his mind and pique his curiosity. Pair this with Guren's desire to gain an understanding of medical release and his interest was teeming. He pondered these thoughts as he walked home to his apartment and settled down at his desk. As time flew by he thought and he thought, so much so that the sun had set and the moon began to shine. As the stars twinkled and lit up Sunagakure, Guren peered out the window of his living room. He looked up at the illuminated night sky and wondered how he might be able to get a jump start on learning medical jutsu. Sure there were classes going on in the hospital, but they likely wouldn't cover the topics that Guren was most interested in. He thought of reaching out to Kenshin himself, but word had it that his recent workload had him more scarce on time than before. It would take ages for him to find the time to teach Guren.

All of this thinking had Guren wrapped up in his own head, so he decided that he should go for a walk to clear his mind. And what better place to head than the Grove? Around this time of night it would be extremely rare to find any other people there. Normally in the night there were crimes occurring and criminals about. But Guren wasn't concerned for his own safety, he was certain he would be able to maintain. Thus he began his stroll. He departed from his apartment and made his way through the town center. The streets were empty and quiet as ever. It was actually refreshing and gave him a lot of time on how to reflect about his earlier thoughts. Upon reflection he decided that he should put his craving under wraps, and simply wait for the best opportunity to begin his endeavors. There was really no rush, as now he know that his future within Sunagakure was ascertained. Thus, he had all the time in the world to be patient enough for the Kazekage's schedule to clear up.

In any case he would continue his walk as he had already began it and sought to continue it. The tranquility within Sunagakure was peaceful. But all in an instant this would change. As Guren now neared the Grove, he spotted a woman bruised and battered, crying and running off from the direction of the Grove. She would approach Guren, still lamenting, "Please...help me..." she wept. "What's the matter?" Guren responded while grabbing a hold of the woman's shoulders and looking her in the eyes. She appeared traumatized.

"I went on a late night run in the Grove and I was attacked. I was able to get away with my life, but I fear they are still in there waiting to attack the next passerby....I just want to go home" she stammered with sincerity in her voice. Guren would immediately take on a serious expression and forget all that was previously on his mind. He wasn't sure of what exactly happened to the woman but all he knew was there her attackers were within the Grove. Watching. Lurking. "Do you need medical attention?" Guren inquired. She shook her vigorously, saying no. Guren paused for a moment to collect his thoughts and emotions and finally responded, "Please...head home. It's not safe out tonight." With that the woman would nod and stamper off towards the town center, ultimately heading to the Sunagakure apartments.

Guren would subsequently head to the entrance of the Grove. Once reaching it's entrance, he would slit his fingers with his spiked rings and perform the handseals to summon a blood clone. Upon formation, his clone would also slit its own fingers. Guren and his clone would run through the Grove and scout out its inhabitants. Although Guren didn't personally find anyone, his clone would stumble upon two people. At this point however, the darkness of the night was so overwhelming that it was difficult to see around oneself. Guren continued to search the rest of the Grove, meanwhile his clone began to encroach on the two men who resided within the Grove. It crept through the natural covering of the Grove, making sure its presence was undetected. Once within visible range, the clone scoped the men out. They were familiar to him. Missing ninja which Guren had met before. From his past recollection of their interaction, he remembered that one of which wielded a blade throughout the Grove. It had caused him a bit of unease, which made him question that man's motives. And his alibi seemed suspect, blaming his exposed blade on being weary from traveling. Perhaps this was his real intentions...to stake out in dark places and take advantage of people. If this were true then it would be too dangerous to leave this threat about, thus the clone would take matters into its own hands. While 5 meters away from the men and with each hand outstretched and still bleeding from earlier, two blood wires equipped with spearheads would expel outward from his hands and hurl themselves right in the direction of the necks of the men. Should contact be made, the deed would be done and the spearhead would rip through the necks of each man.

All actions done at max speed/power.

And with that, the spear heads from the blood wires would pierce and rip through the necks of each men. Instantly both Asura Kan and Shinrah would fall dead to the ground, motionless. The assumed criminals had been dealt with. Upon detection of his clone engaging enemies, Guren rapidly rushed over but only once the two men were dead. He dropped into a squat and rolled each over so their face was up. Immediately he shuttered a bit at the face that he recalled who these men were. He was shocked as he didn't expect them to be the presumed perpetrators he was looking for. But also because he hadn't used his sanguinary entanglement jutsu until this point and it was...effective. He had a wave of emotions: satisfied, intrigued, disappointed, dismayed, and the list goes on. Nevertheless, the deed was done. Now it was time to clean up and report. He and his clone would each grab ahold of the corpse storage scrolls within Guren's inventory and immediately use them on each of the lifeless bodies which lied in front of him. Within an instant their bodies were transported to each scroll. Following this, Guren and his clone would roll up the scrolls and place them back within Guren's possessions. They would each spend time cleaning up the scene of the incident. The Grove was no place for blood to be spilled, thus the pair cleaned it all up. Now Guren would dismiss his clone and head off to the police department to inform them of the incident at hand. They seemed grateful that Guren swiftly dealt with the issue, but seemed as if they wanted to punish the men themselves. But all in all, it was fine. And so Guren would take off to his apartment. Although he had to kill two men today, this presented a wonderful opportunity for Guren to study the bodies. This along with his book related to KKG would serve as excellent foundations in his next goal: learning medical jutsu. 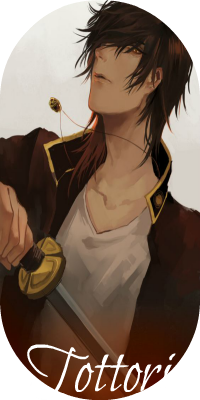