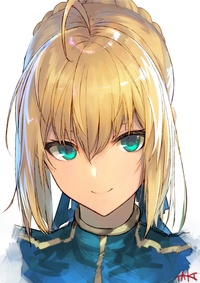 Kahoru woke up, dissatisfied. From the moment of her waking, she was discontent. She knew she had done almost nothing since becoming a shinobi. She needed to actually do something. The Black Dragoness had barely done anything. She heard a faint chuckle inside of her, and a voice saying, “You really haven’t been doing anything, have you?” The voice came with the tone roar, but the sound of a growl. Kahoru had no idea what this voice was, but she could tell it wasn’t a real voice.

The Black Dragoness had heard rumors of these types of things. An internal voice inside of them. Weirdly, the only people she had heard these rumors about were insane and in an asylum. Kahoru’s stomach fell, as she realized she might be going insane. The voice inside of her chuckled once again, and said, “You’re not going crazy. This is part of any Pendragon. Kahoru, you’ll see, in time, that I’m one of the few people there for you. Everyone says that the only person you spend your whole with is you. You’ve spent all of your life, and the remainder of your life with me.”

Kahoru was curious as to how to communicate with this thing. She thought about it, and she received a response, “I exist in your mind. Simply think, and I will hear it if you want me to.” Kahoru was surprised, as she didn’t expect communication to be this easy.

The dragon, with a tone of evil, said, “Umbrasyl.”

Kahoru, still curious, but satisfied with their conversation, walked out of her room. She went downstairs, needing to get some food into herself. The blonde was wearing her casual clothing, which consisted of a nice outfit, Kahoru had put together. She wore a white button-up shirt, with the sleeves reaching to her wrists. She had small little cufflinks, each spherical in shape, with an intricate design. They were identical, both of them being the head of a black dragon on a sapphire blue background, matching her eyes. The Black Dragoness wore a navy blue skirt that went to her knees, and combined with a pair of black stocking going just above her knees, none of her legs her visible. Her parents had always considered it rude for her to show her legs. For footwear, Kahoru wore a pair of brown leather boots that went a few inches above her ankles. Kahoru had her hair in a bun with the rest braided around it in a spiraling fashion. This was kept in place with a blue ribbon.

The Black Dragoness made her way into the dining room, grabbing her self a simple bowl of oatmeal and she sprinkled some raisins and brown sugar on top. Hungry, she dug in before heading out to train.

She walked through town, with her recently purchased equipment in weapon pouches on the sides of her hips. The Pendragon eventually traveled to the Training Grounds, within the Water Gardens. She started training, simply throwing kunai and shuriken at tree stumps. The weather was nice and warm, with barely any humid. There were a few clouds in the sky, but not many, and no signs of rain.

It should come as no surprise that a certain red haired Uzumaki was patrolling the streets of Hoshigakure. Lately it was all he had been doing. One would almost dare to say doing rounds became Akaboshi's second nature ever since he made it his habit. Today would be no different for the Chuunin of the Land of Haven. Dressed in his usual attire which consisted of his Chuunin Flak Jacket  with a fur collar and a white V-neck underneath. Dark blue, denim jeans held up by a simple brown belt, with a silver chain attached from the belt to his back pocket, additionally with black shoes to top off the rest of his outfit. And what would The Red King be without his accessories?

Befitting of a shinobi of Hoshigakure he'd wear silver jewelry pieces such as a silver ring, and a star-shaped necklace. He was also wearing a piercing in his left ear which would completely finish his image as a bad boy. To add even more to his already rebellious display the red haired Uzumaki would reach into one of his side pockets as he grabbed a cigarette he would light up along the way. Inhaling deeply before exhaling, blowing the smoke away. For some reason Akaboshi had found himself at the training grounds which were located at The Water Garden, a rather famous and beautiful place in Hoshigakure. Upon his arrival he noticed a kunoichi training by throwing some kunai and shuriken, nothing all that special so he decided to check and see what's up.

"Hello there young lady, hard at work I see?"

Kahoru was training with shuriken and kunai, as she needed to practice her aim for the upcoming Chunnin Exams. She was still saving up for her crossbow, so of course, she needed to exercise her eyesight, projectile path prediction, and her accuracy. With her strategy, this was vital. She practiced quickly running forward, throwing, sliding, throwing, rolling, throwing, anything, throwing. She quickly tired, as she was new to this whole shinobi thing, with barely any experience as a Genin. The Pendragon noticed a man approaching, one she faintly recognized. The Black Dragoness did not know of the man’s name, but that he was somewhat important. One might ask, how would she not know of this man’s name, but how would she know of his man’s position. Well, there were a few rumors among the woman of the village, as some appeared to be attracted to be this man. Kahoru, remained indifferent to this man, as he had done nothing to prove anything. She had been taught, growing up, to always marry into a high position. But, that meant something for her. She had always been taught to ignore personality, and only notice wealth and appearance. Kahoru’s somewhat clothing could have been associated with creating a wealthy appearance, and she had to admit, it might have meant that. But it’s primary goal was to serve functional yet formal. But, digression is bad. Back to the matter at hand. As the man approached Kahoru, she stopped her training, and wiping down her blouse, bowed to the man, before standing upright again. The Black Dragoness said, “I do apologize sir. I’ve heard you are of great importance from rumors, but I do not know your name. May I ask what it is?” After saying this statement, the blonde mentally cursed herself, as she disliked her formal tone. She, of course, didn’t let the self curse show on the outside.

Inhaling deeply as he took a drag off his cigarette before blowing away the smoke, the red haired Uzumaki listened to the young girl offering an apology while at the same time inquiring about his name. "Great importance, me? Who's spreading those rumors? Was it Yoshimi? Wait til I get my hands on that guy." The redhead immediately suspected his Hyuuga friend of spreading something like that around the village, he was always up for a joke after all. Nevertheless, the Chuunin still had to give her his name. "No need to apologize, the name's Akaboshi Uzumaki. Pleasure to make your acquintance young lady. And who might you be?" He couldn't help but feel strange after being called someone of great importance. While it did flatter him to a certain extent it also sounded like something he would expect to hear from someone he knew from his days at the Queensguard. Anyway, the redhead would always make it clear to anyone he came upon that rank meant little to nothing to him. Akaboshi was someone who'd show the same amount of respect to a Genin as he would a Jounin.

Placing the cigarette between his fingers he'd throw it on the ground before putting it out with the bottom of his shoe. "Correct me if I'm wrong, but you wouldn't happen to be out here training for the upcoming Chuunin Exams, would you?" The red haired Uzumaki had a feeling his assumption, or guess, was spot on, either way it wouldn't hurt to find out the young lady's reason for being out there.