...I hate the way you set out your claims Kiz, but approved 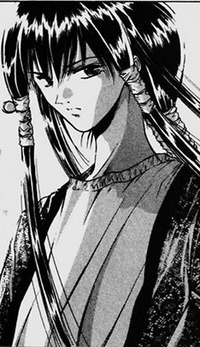 "The pleasure is all mine, sir." the short dark haired shinobi responded. It had seemed he got infinitely more out of today's meeting than he could have ever imagined. It would seem he even accomplished his goal for the meeting, though to a far greater extend than anticipated. It was a reassuring thought that the kage would attempt to warn the man of the droll and tedious work he would be engaging in but being off the field for some time sounded more than welcome to the Uchiha. He wish he could have felt better about the blood that has been spilled by his hand. However they felt meaningless in the end whenever he ponder on them. Thieves or traitors who did not know when they were stepping over a line that would cost them their lives. It was a job. Nothing glorified nor should it be. He just wished it had purpose. Maybe he would find it but for the time being he found that his evening would be filled with shadowing the kage as he did some paperwork. "I think I would like that. Nice to get a jump on things immediately." With a smile he moved himself to be the shadow of the Mizukage, noting the details of his paperwork as much as his brain would allow. The two remained within the office, speaking only where needed until it was close to dawn and the two decided to call it a night.

According to Sharingan you require 3 Tomoe to gain access to Sharingan Genjutsu and I believe you're still working on getting your third Tomoe.

my bad thought it just required a Sharingan. Fix'd