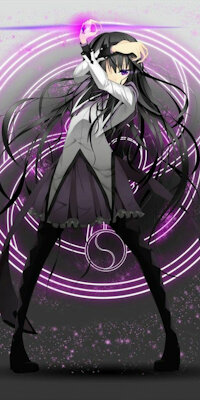 Kyoki didn't have the strength to back up her boasts about how she can do without the need of a savior in her life. However, she wouldn't go out and say that she's weak. Kyoki would go on and say how capable of a person the young genin is. The tall trees had accompanied Ikari and Kyoki, as they head back to the village, so that they can tend to their findings of fresh yet deadly fish that Ikari was able to deal with. Kyoki's short body swayed from side to side, like a lone ship on shallow waters. It was indeed a heafty lift, she'd feel exausted once they made it into the village. As the struggle to carry something as most normal and stronger people, would call it as easy as lifting a box with one finger.

Kyoki would turn her head towards Ikari, while keeping track of where she's going, in order to prevent herself from tripping over any stumps. "Not much interesting stories to tell about me, I'm just your average Genin. Although I have a big family, but not big enough to rival those major families." Kyoki was saying this in reference to, the Hyuuga's, Uchiha's and pretty much any clan that is well recevied by the villages, as a force to be reckoned with. Kyoki wasn't a chick that hatched from a rare golden egg. She was an average everyday Ninja, despite having the amount of energy and energetic that could even power up a power generator.

"How about you? I'm positive that you are more gifted than I am, though I'm no psychic or anything. Haven't gotten the chance to see what you are all about, just yet~" Kyoki chuckled, thinking that Ikari is something of a gem compared to Kyoki. She would continue to beat herself over the lack of skills that she has, but she can't see herself improve if all she does is compare herself to the rest. 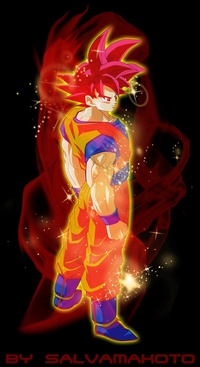 The young girl would seem to begin to get down on herself for the events that had just transpired, Ikari's fiery heart would grow calm when he saw the small child's face fall to the floor. He sat down next to the girl, looking into the waters of the river as it began to course through the banks, spraying both Ikari and Kyoki as it passed by ever so slightly. "Ya know you remind me a lot of this river. The outside seems to be calm and gentle, but it is one the interior that the true beauty may shine through, given the proper circumstance. You shouldn't concern yourself with yourself on the leaderboards of the village. Instead, focus on being the best ninja you can be yourself. That is going to be when you can shine, like this river does."

Hoping that his words would allow the child a happier mindset towards herself and her abilities. "As for me? I am just a run of the mill ninja, nothing to special about me yet. But soon, I will become stronger than anyone in this village, to become the Raikage's right hand man. The enforcer of not only the village hidden in the clouds, but the enforcer of the entire continent." Ikari would speak with a confidence unrivaled by any, this was the wish he had for his future, no matter what.

Ikari was right about Kyoki as she shouldn't put herself down and compare herself to others, while it was easier said for the genin beside her. She still would make an assumption that he's more to it, than he realizes. There was a hunch that she felt, when Kyoki had made the assumption that Ikari is something of a hidden gem that can't be found. Kyoki began to sink her head in the clouds, as she had looked hard at the still, lifeless tentacles. She coulnd't figure out why she thought about that towards, Ikari.

There happened to be one way to ensure of her unique take on his character. A sparing match! "Hey..umm..You mind curing my curiosity for a minute...? Once we finish eating up these tasty looking, things. You wanna have a quick sparring match?" Kyoki asked, as she took away the feeling she had and replacing it with a cheerful smile. "I'm very curious about you, yknow. Just wanna see for myself about your...Hmmm...Abilities? I'm no expert in fighting, I'ma need a few pointers, You see?" Kyoki gently asked out of the young Ikari.

Kyoki could see the business of the village known as Kumogakure, but before she would admire it. She was in need of rest. Ikari would notice how much her arms were struggling to carry it any further. If he'd be so kind to carry it for her. It would help ease the pain, as she had her head in the clouds, before noticing the pain. Arriving in the village, the shop wasn't too far from here.

Ikari walked beside the child as she seemed to be struggling with the weight that she was carrying. "Let me get that for you!" Ikari would grab the load out of her arms and put on his. He would smile down to Kyoki when he noticed that her face had a taste of curiosity wiped across it. "What's on your mind?" Ikari would ask with a kindness to his tone that he didn't even think that he had heard before.

Kyoki would begin speaking with a calm and quaint tone, as if she was nervous to ask the question that she had on her mind. "A spar? Sure! I am always down for a fight at any time." Ikari's face would go from being concerned and curious, to being excited and ready to go! He grabbed the girl with one arm and he had the load she was carrying in her arms before wrapped with his other arm.

He would sprint to the shop, not stopping for anything. When they arrived, he would set her down on the ground and ask her where he should place the cargo, still being completely ready for that fight.

There was something that bothered her, when it comes to Ikari. Kyoki found him odd out of the rest of the people she had come to meet. He was odd in a way  he, cared more about fighting and getting bruised up than, anything else. Those were the qualities of this strange Ikari. There hadn't been much of anything else in mind that, would make her say otherwise. A reckless personality indeed. Kyoki nodded to herself. Her goal for now is to get used to being around others who contains a personality, such as his. "I have a question, if you don't mind me asking--Why is it that, you love fighting so much?

I get that you just want to slug punch people all day, but I get the feeling that it's more to it than Oh yeah! Me tuff! More fighting!" She asked, while attempting to mock the vocal expression of a caveman and pretending to show off the little muscles that,, she doesn't have. When a woman found two young genin entering the shop, she pointed towards the other pile of cargo. "Just set it with the rest of the stuff, we're a bit busy, so come back and it'll be ready before you know it" The woman said with an assuring smile, before sorting out the boxes that came in yesterday, in order to stock back up the materials that had sold out.

Ikari was not surprised by the girls question. His desire, no, craving for conflict far surpassed many if not all of the other members of the village. Ikari looked down at the woman and explained his love for combat. “My love for fight is not just a primal sense of pain and conflicting pain unto others, you’re right. My craving for combat and fighting is one of teaching and learning, and to concrete the competency of combat throughout the village. If we are to ever be invaded or invade other places, we will all need to understand how combat works and how we can defeat any opponent that we come across. The only way that we can learn to do that effectively is to constantly put ourselves in positions that are uncomfortable. That is the only way that we can train our minds to think in ways that will work in combat. It sharpens your senses, while dulling the sense of fear and panic that many people have to face when they are faced with the situation of combat. That is why I always want to fight anyone that is willing. Because I want to be the best fighter on the continent and pushing myself in combat is the only way to do it. Does that make sense?” Ikari would kneel down to face the child as he spoke. Then when he concluded he would stay there in his knee to listen to her response.