Ashes to ashes {Closed, invite only}

The Viperis couldn't help the little tug of a grin that displayed upon her lips as she heared Katsu attempt a nick name for her. Not something she had expected at all from the young one, but she did not mind it. Instead she saw it adorable like the acts of a young sibling. The lavender haired kunoichi stood before the metal barrel that the twins had prepared with the wood and kindling. Now it was time to set it ablaze. She took out the matches from her altar as Katsu introduced the honors to her.

She flicked the match over the rough texture of it's container, and dropped the little blaze onto the dry kindling. Which went up into awake after the seduction of fire. With that all there was left to do was wait for the wood to burn up and the ashy charcoal remains to cool. Then the bundle bag that was once used for the wood can be used to carry the charcoal to where the mission desired it to be for. And the axe and barrels can be safely returned to the rightful owners. This would in turn complete the objective of the mission and the three can be rewarded for their success.
{WC: 208}
{TWC: 1,852} 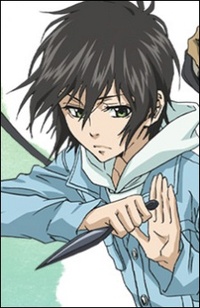 The boys watched as Aroma lit the fire. Even with the brush and kindling it still took awhile for the fire to really spread down to the bottom of the barrel. They could tell when it happened, as they bent down and saw flames licking at the wood through the small air vents at the bottom of the larger barrel. For the most part they kept their distance as it burned, not wanting to inhale all of the toxins, but also needing to make sure the fire didn’t go out near the bottom. Occasionally large pops were heard and sparks flew out of it, but due to the cleared area, it didn’t result in any action needed on their part. In the end though, they didn’t really have to do much and three hours passed.

Three hours, the boys were stir crazy at this point. They had refused to do anything fun while the fire burned as it felt wrong to just leave Aroma there to watch the fire while they went and messed around. They were shinobi! Really bored shinobi, but shinobi nonetheless. The three hours turned into four as they realized just how hot the barrel was, but eventually they were able to knock it over, and pull the smaller barrel out. Within the 30 gallon barrel looked to only be about a third full now, but it was still a large haul as they looked at the big lumps of dark charcoal. This may have been the first time the boys had truly made something. Katsu, unable to hold it in anymore yelled out, “F I N A L L Y!” Their mission was complete, all they had left to do was to turn it in.

Approved @ Katsu and half Approval for Aroma - bump when you claim the words too.