Waiting for what seems like a long time, Kizmaru had gazed out into the ocean from off of the cliff side, still awaiting Nero's response. The boy hadn't said anything for a long time which was quite understandable. Being told that something was stolen from him and he had to get it back by coming this specific location, it was all very cryptic and vague. He could understand if the guy wanted to back out now and decide to try this exercise another time. Placing his arms behind his back, clasping his left hand around his right wrist, Kizmaru began to hum a little, daydreaming about what his wife was doing at this very moment. He hadn't seen her in awhile and he figured he should probably do something about that before the distance became too great. Well, enough of that now. Turning around to face Nero, Kizmaru walked towards him, patting his right shoulder with his left hand saying, 'We don't have to do this now. Take your time, compose yourself and then when you are final ready, we can try again.' Nodding his head, he took his hand off of Nero's shoulder before he began to walking back down the cliff side.

Heading back through the path he initially took, Kizmaru figured he would just go back to his office in order to continue his work. He was already in his Mizukage attire any so he figured he'd just stick with it and head straight back. Although, he wanted to stop by his favorite restaurant so bad, he had to hurry back and resume his work for he had been out too long mingling with genin known as Nero Uchiha. Making it back to his office, he sighed shaking his head a little bit as he was kind of disappointed. He had always wanted to see the secret of the Uchiha bloodline, namely the sharingan. He heard it could only be obtained through a traumatic experience and would have loved to see it in person. Still, the fact he came across an Uchiha in Kirigakure was a rare prize on its own. Returning to his estate, he made his way into the building, giving a slight nod to the receptionist. They nodded back in kind before returning to their work. Kizmaru walked into the room behind them, travelling up the steps and once more, walking down a long corridor into his office.

Sitting down in his chair, Kizmaru figured he might as well get back to work. Opening his file cabinets, he reached in to pull out a stack of paperwork he previously was working on before he had his meeting with Nero. Still pondering on the Genin's answer, he began to go back to work, stamping papers with his seal of approval an signing off on the common villager's requests. As he continued his work, his mind began to wonder and eventually, his trip to the cliff side with Nero felt like a distant dream. He knew eventually he would come back in order to try and seek further power but today was not that day it seems. Today, he would still be an innocent shinobi of the village hidden in the mist. 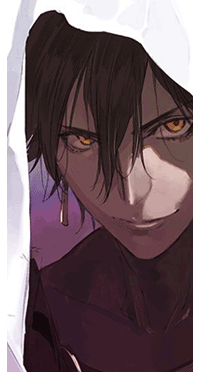 Nero could only nod after having seen the edge of the cliff. His body tensed and his vision narrowed as he stared out towards the ocean below. He wasn't entirely sure what the sacred ritual the Kage mentioned was, but something in the back of his mind told him it was a bad idea for him to go through with this right now. Thankfully the Kage noticed his hesitance and told him there was no pressure involved. He received a light pat on the shoulder before the Kage left and it was only after he returned home did he somewhat sober up from the awkward experience. However, before he was able to fully make it inside he noticed a folded letter pinned to his door with the Kage's seal on it. Within it was a few details about his family, and his lineage, just enough to make him curious. With it was both an order and a request, for him to go out into the world and learn more about himself and his family and to come back when he was ready to accept his lineage. Nero smiled wryly after he finished reading, knowing that he had no choice but to do what the letter said if he wanted to learn more. The Kage was a smart man, having piqued his curiosity, and as he was requested he packed his things and went out to learn more about himself. With quick steps he made his way towards the village gates, showing the guard the letter he'd received as well as confirming the seal so he could gain access to the outside. He raced out forward with a map in hand and expectations towards what was to come.