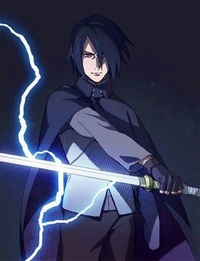 Task:Your job is to help with the construction of some buildings over the course of a few days. Your duties range from hammering to lifting heavy weights.


Volt’s intention was to build up some strength by helping out with some labor. He felt much too weak compared to his peers and thought it best if he could just get into some shape. He chose to visit a construction site and walked around until he found the foreman. He got the low down with what he had to build and decided that he was going to make his own mission out of this. He offered to help with the labor for a much lower cost than what a villager might charge for a mission. If he got enough for some food afterwards, that’d be enough for him. The laborer turned him down and told him that he already put out help for a shinobi so he should go and pick up the mission, if he was interested. Volt wasn’t all too pleased about that but he did so anyways. Within about half an hour he was back with the mission slip and ready to work!

He decided this whole thing was going to be easier carried out using his pure labor. He would head over to a pile of metal screws and nails then became determined to start the annoying process of hammering them. He found himself letting his muscles do most of the work as intended. When Volt finally let go and turned off the faucet of energy flowing from his body, he had no idea just how much time had passed. He was covered in sweat yet he didn’t feel the effects of exhaustion. Had he come far enough to where he could do something like this and not worry about cramping? Or did he have the capacity to do more than he thought?

“You should be several times stronger than my men in your arms and you’ve built up a bit of resistance so you don’t hurt yourself. Don’t overdo it though…” Those were the words that the foreman provided and those rang through Volt’s head from this training session. It served as a reminder that he had come far since his first times laboring away as a genin. It was tiring to be so weak… if only he could be strong like the kages who could seemingly rip trees out of the ground. That’d be the life.

The other workers stretched out their legs like they’d been standing there for over an hour without rest. They each picked up some rubble and were surprised at how easy it was for them to use their arms since Volt had essentially cut down their workload by a ton. Volt had to go back and individually place fasteners on each one of the wooden planks. It was an exhausting process, but little did Volt know that he had the ability to form precisely insert metaling objects with the hammer.

Now that all their limbs were well rested, the workers could move things much easier. They carried large chunks of rubble like it was nothing and slowly cleared the spot where a pile of supplies used to be. There were many more workers in the mix, but they were able to handle the small stuff. Volt wasn’t going to risk cramping up by using too much physical energy when he had already pushed out a personal record for exertion.

The short stubby boss was happy to give Volt a sum of money that made his think that his job might be a little underpaid. If he could earn this much by being a freelance worker he would be poor forever. Still, he thought he could squeeze a little more out of the deal. He offered to help with the labor for the next couple of hours, until he had to leave and the boss was happy to tip his a little extra coin. The mission wasn’t just a single day mission – it was supposed to be help across multiple days!

The next day came and he quickly realized just how tired this physical work made him. He didn’t go back. He took a full day’s rest before he went back. And when he did go back, he felt a lot more rested and his muscles slightly stronger. Turns out, he just had to look in the right places in order to find opportunities to grow his strength. One right kind of place turned out to be anywhere there was a lot of building work going on.

“Do you have any work for a shinobi?” Volt asked when he walked up to what looked like the same guy but with a moustache. These types all looked the same to him. He also had a scraggly beard and a handful of papers. He was standing opposite a large pile of construction materials and a group of workers that were hauling stuff back and forth to a building.

“What can you do?” He asked, “what kind of experience do you have with construction? Oh, are you the shinobi my brother hired?”

“I don’t have any experience in construction, but I offer my strength and speed. We will collectively be able to work more and they’ll get more done.” Volt was barely able to negotiate and his persuasive abilities were not any better. This was much easier when he was the one being persuaded. “I didn’t want to charge you if you weren’t needing help today” he trailed off when the foreman looked away and stopped paying attention. “What if I give you a demonstration,” he asked as he walked over to force himself back into his vision.

“If you must,” he said with a bored voice. He didn’t seem to want anyone who didn’t know how to do the job. Volt had to show him that he didn’t need to know construction in order to help. He put a went and lifted a heavy rock with no effort at all. The foreman looked at his in amazement and was now invested in what he had to give. He had employed shinobi before so it wasn’t a huge surprise but if his brother had already hired Volt then what was there to lose?

“What was that you said? You can lift that much easily?” Volt could tell he was thinking of all the new possibilities. “Okay then get to work,” he said and then he added a few more questions as he kept thinking, “how long do we have you for?”

“Just till the end of the day.” he thought back to how much he had gotten and repeated the number. The foreman stroked his scraggly beard and thought about it for a couple of minutes. “Okay, you have a deal so long as you deliver what you promised.” Volt nodded to him to thank him and they walked over to gather a small group of workers together. Volt started lifting the materials they were transporting lickedy split.

Slowly, Volt used his chakra to get better footing while he worked. He directed the chakra boy focusing on the ground. It took a couple of minutes to make a solid connection because he had to support a lot of weight. It worked though, and the chakra quickly spread across his body, identical to how the academy had t aught him. Volt turned his focus to his feet even more and pushed chakra towards them. It took less than a minute this time and he felt more stable than ever even with all the load he was carrying.

When the job was all done, he realized that he wasn’t willing to just do things for nothing if it meant his skills would hardly be used. It knew it had great power and it had morphed Volt into someone who was willing to put his services up for sale. Something inside him wanted Volt to give up his job as a lowly genin and start really doing something with his skills. It obviously couldn’t force his to do something so drastic, but it could slowly and subtly change his opinions so that it could take control in the long term. Power was just around the corner, whether Volt knew it or not.

“I have no plans on quitting my job as a knight,” he said, “I’ve been thinking of starting my own business, completely unrelated to this. If there’s enough interest then I could make a shop where people could come purchase my services and do what they saw fit with them. What do you think?”

“I think it would be successful, but you would have to deal with the backlash of being a freelance merc. Those have to deal with attacks and vandalism a lot more than the rest of us. You’re probably well equipped to handle that sort of thing though. Anyone that messes with you could get hoisted right over the walls, I bet.” Volt appreciated the honest feedback. He still had no idea what he wanted to do with his life other than please his village. Neither of those endeavors seemed to take much time though so he did have the bandwidth to take on a business in the meantime. Perhaps he could manage a travelling gig so that he wouldn’t even be bound to this place. He got so lost in his thoughts that the morning flew by with little other conversation with the foreman. He had busied himself with shouting orders after they had finished talking. Volt would have left by now but he still hadn’t been paid. He was made to wait until it was time to go to the mission office before he was given the money he was promised.