Next In Line (Open, Chuunin+) 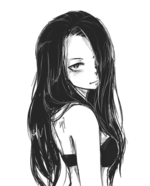 It seems that Yashakure wasn't the only one disappointed in the Hyuuga's response, the wet boy on the wall had also shaken his head. Yet when she put pressure on him he decided to walk out, what the hell was the point of coming then? He must be a Xyxer butt-boy; The Kaguya would be the only one to comment on his departure. Whether it was because he also hadn't seriously considered the boy as a candidate or as a way to bring humor into the conversation it didn't matter as the meeting continued on unaffected. The Terumi squinted her eyes a bit when the pinkette went on to say that he wanted parts if Hikari did, how different did he think a council would be from being the sole ruler? Perhaps he wanted to be her deputy and chose not to speak up when Yasha first made the wager because he wanted the Hyuuga to ask him to fill the role. Yasha noted the smile on her face after hearing this but ignored it, the complexity of their relationship didn't interest her. He then quickly added a neutral comment of why not just go with four during this last line he'd insult the two Kiri ninja and possibly his friend as well. Sure he might know Mitako better than she did but the mohawk knew nothing of Ms.Hashibira and he should be mindful of his wording.

Of course, she wouldn't press his diction, it was far too insignificant, nor would her discomfort with it be displayed on her face or in her body language. Plus the raven haired male was on her case again, just as he looked at her she would look at him with a fierce glare. Was he really trying to start a fight with her or was he building the tension for a hate fuck down the road? Not that Yasha was gonna kink shame but if he wanted to test her he ought to be direct and not beat around the bush. However before she was able to give him words the Hyuuga who'd gone rather quiet finally spoke up again. Mr.Raicho had been in deep thought when Kots had been talking, but he had more than a one liner the last go round. Considering two of three had made it known that they didn't want to lose Kiri's traditions Yasha also vocalized that she never opposed that way of handling things. Which meant that in their first unofficial vote it was three to one unless of course someone was to change their mind because the majority was in agreement. That would be a laugh but the first step in them being a hive mind with the village's best interest at heart. 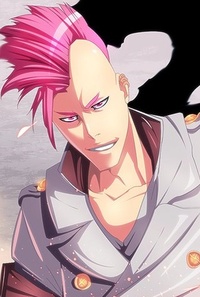 No one seems to take to the idea of all four of them being apart of the council, which meant very little to the Kaguya. It was simply an idea he had and wasn't a hill he was ready to die on defending. So when no one agreed to his suggestion he simply shrugged it off, accepting that they would only be 3 on the council. Back to the original point, which 3 would be apart of it? Mitako didn't like the idea of putting things to a vote. It was uncharacteristic of Kiri to do so and would betray everything that was built. His next point was a note worthy one. But how well did it apply to the four in the room? Kotsuzui's strength and wisdom were one in the same. He's been apart of a number of battles and thus has gained wisdom when it comes to fighting. But he knew for certain he did not have the wisdom needed in order to run and manage a village. As a matter of fact, did any of them have that kind of wisdom? Where would they even have obtained it? Kotsuzui got a glimpse of what it took from his moments spent in the presence of Xyxer. But to say it was enough to lead was a long shot.

Kotsuzui couldn't help but grin at Mitako's final words. If they couldn't decide by rank, they would have to decide by combat. Kotsuzui didn't care for the title or position. But if a fight was involved he could not decline. There were only two things he did in this life. Fight and drink. So when a fight came he couldn't say no. Hikari spoke soon after and they both had a right. This village could only be led by the strongest. If it's leader, or council members were to be decided by those in this room, then it should be the strongest. Regardless of rank. He glanced over to the quite one to see if she would add anything to the conversation. She opted not to. Perhaps she was scared? Or maybe she simply agreed with everything that was being said and felt no need to add anymore to the conversation. Whatever it was meant very little as this point. Leaning forward in his seat to rest both arms against the table with his smile still spread across his face, the Kaguya looked around at the three others. "When do we begin?"

Survived 2021
You've completed the Christmas Event of 2021 and qualified for the last reward, by partisan you are awarded this fancy badge!
Ryo : 75700

A spark flickered in the pinkette’s eyes, as if he had renewed vigor in life after hearing about their little ‘competition’ of sorts to determine the three members of the council. The snowy haired woman didn’t know of his love for fighting, the adrenaline he felt as his life was put on the line, yet even if she had an inkling of it, there was little chance she would be able to reciprocate those feelings. She herself disliked needless violence despite everything she had gone through and the people who’ve shaped her into who she is now. Everything about her life recently would’ve made bloodlust and the desire to bring about injury an acceptable path to fall down, but perhaps the medic in her was the only thing holding her afloat amidst the darkness trying to pull her down.

Before anyone else could comment on the Kaguya’s linger words, a rapid succession of knocks could be heard upon the wooden door followed by the rushed gibberish of a lanky man, his brown hair disheveled as he tried to regain his composure. It seemed whatever he had to say was urgent from the lack of patience he showed with his entry, something that piqued the Hyuuga’s interest while also causing butterflies to swell in her stomach. Was there an enemy army at their doorstep or did their scouts send word that there would be one soon? Had the safety of their storm wall been breached? Was it something even worse than anything she could imagine on the spot?

"Oh um I-I’m sorry for interrupting your meeting, but it is with the utmost importance that I do so.” His coal dark eyes scanned the room quickly, his head moving between the people gathered as he looked for whoever it was he needed to speak with, which Hikari guessed would be Mitako seeing as he was the one that called the meeting and it only felt natural that the man was in search of him as well due to his rank, or at least that was the impression she was under since they hadn’t actually revealed their ranks.

However, it was not just Mitako that the man made contact with, instead he handed both the dark haired Chuunin and the white haired Jounin a note before standing to the side, apparently waiting for further orders or to escort the necessary parties to wherever the contents of the paper said. Her lilac tinted eyes scanned the small words written on the page before she folded it back up and placed it in her pocket, her eyes glancing between Mitako and the messenger, wondering if his letter was about the envoy of shinobi who needed medical attention on the outskirts of the village or if his news would bring him elsewhere.

“It would seem my assistance is required elsewhere and it’s not something that can wait. My apologies but it seems I must make my departure. I do hope we can meet again to decide the members of the council; however, if everyone agrees to not postpone it for my participation, I understand that decision as well.” With her parting words she rose from her chair and ran out the door with her canine companion following suit behind her, already familiar with the location specified in the note regarding the injured shinobi and knowing exactly what route to take in order to get there as fast as possible. She noticed the messenger shinobi had not tagged along and figured that meant his main mission was not the shinobi she was to take care of, but another matter that only the raven haired man knew about. Part of her was curious as to what news he received, but she knew better than to indulge her curiosity, especially with work to do on her hands. The note didn’t divulge how many ninja needed to be healed or what status they were in, but for them to request aid instead of just returning to the village meant the situation was critical.

(Exit unless interrupted)
(~Surprise I’m back~) 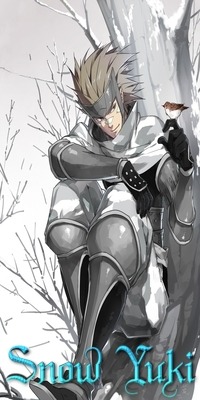 All looks good to me. Approved

Even though their meeting was nearing its end there was a sudden and urgent rapping on the door. God, she hoped it wasn’t another latecomer when in stepped a lanky man with disheveled hair. Yasha’s face wore a curious look as he stumbled over his words, it was annoying that someone who couldn’t speak properly had been sent as a messenger. It was surprising that they all received notes though, reading her own she couldn’t understand why it couldn’t wait. With a sigh, from Yasha, the white haired Hyuuga excused herself and rushed out of the room, either someone close to her was hurt or she took her job a little too seriously. “Well, I guess we’ll just meet up when we’re not so busy.” The Terumi said with a tone before dashing out the window.

I forgot about the 25% discount for max stat stuff. So i'd like to change my claims to the following: