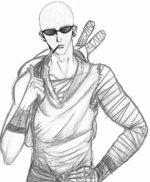 Sugimoto listened to Okami’s perspective on the matters and picked up that he seemed loyal the village. That loyalty seems akin to a puppy’s with its master and that was reassuring to see, despite the turmoil Kumo may be suffering someone could still hold faith. But he knew it was misplaced, The Kumo that now stood was a shadow of what it once was. When people talk about Kumos glorious empire he can't help but scaulf, from his eyes Kumo has been in decline since his clans exile.

Hatos take was a bit more blunt and nothing Sugimoto has not heard before. She also said something that Sugimoto took to mean something like “we should go down swinging or whatever” before she would lay down.  Her words gave him no peace and no insight in what the future may bring. He would let Okami get some rest and Hato looked like she needed it, so when it came time for someone to take first guard shift he decided he would take it and use the quiet to think.

The woods were incredibly dark as he looked across his camp fire, the light rain made hissing sounds as it fell into the roaring flames. Sugimto had no idea what the higher ups are planing and he was still unsure if staying and fighting would be his the best choice? But deep down when he thought about running away and letting some missing ninja bring his ancient homeland to its knees, it just felt wrong. He wanted to do something but he knew all too well his own shortcoming. He needed something to change and he knew were it needed to start, he needed to go home. After a few hours of staring off into the darkness with no real acting happening, Sugimoto would move to wake up Okami for his turn at guard duty. After all the running they did that day it did not take long for Sugimoto to fall asleep.

The day came without any incident and the shinobi squad headed back to Kumo with a mission complete. Once they group was back in Kumo, Sugimoto would wave goodbye to the Both of them. Hato was off to turn in the paperwork and she seemed just happy to be back in civilisation. Sugimto would walk up to Okami and say “Thanks for helping out with the mission and I hope we get another chance to train together.” He would listen to Okami’s response and then give the fellow shinobi a bow before heading off to the orphanage. He wanted to get cleaned up before he started working on his plans. It was going to be a long day and with the war looming overhead there were going to be many more of them in the future. 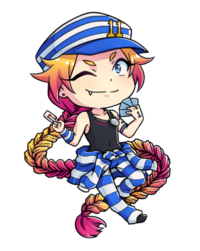 Hato's response was nothing more than chilling. She was blunt as she said, "I think we either go down fighting or we take ourselves down before they can do it." Okami couldn't feel as if she was right, one way they could fight for their pride and possibly their lives while the other would save lives by cause a very damaged ego and less of the will to live, in Okami's opinion.

Their group leader, Hato, would then lie down and rest from the long day. Sugi went outside to be the outpost. Leaving Okami the only one awake in the tent. Okami laid down but just stared up at the roof of the tent and took in a deep sigh. Thanks to the previous conversation, the thoughts of the terrifying story the hurt solider told him about the missing ninja haunted his mind. That day, he witnessed a man break down the events of an attack that he alone survived. No academy classes could've prepared him for the emotional beating a shinobi would get from the battles. It was experience that hardened the emotions for such graphic details. Experience that Okami didn't have. Eventually however, Okami's thoughts would weaken as sleep drifted silently over him, allowing some relaxation. Even the slight tapping the rain droplets on the roof of the shelter started to drive him further into sleep.

The next morning, the sun was high in the sky as they traveled through the muddy forest. Hato would take the tree top route as it kept her from getting muddy. However, Okami traveled through the mud, taking off his shoes and allowing the mud pass through his toes. It was a great source of entertainment on the way back to Kumokagure.

Once in the village, the group heads over to the mission building to gather the rewards and for Hato to give the report. Hato's parting words were, "Go home and get some training done. This battle could mean life or death and you two need to work on your skills." Okami nodded as she left. Then Sugi parted after getting the rewards, saying, “Thanks for helping out with the mission and I hope we get another chance to train together.” Okami nodded and gave his friend a hug. "We better, otherwise we won't win this." Sugi would then bow and take off and head home. Okami would do like wise.

Approved for everything but werewolf mastery. Sorry, I think we did this before, but would you mind linking me that again?