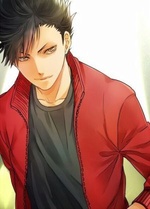 Minato felt like he had said everything he wanted and needed to say. Something like this was always a bit awkward as it gave him the same feeling of the introductions you have to do when you're the new kid at school. But it was crucial for him to let his teammates know that they could count on him and that he would have their back. He was ready to do whatever it takes to succeed. Now that he had finished speaking he would go back to his seat, waiting for the others to start introducing themselves.

Next up was the young kid with the white hair who was a bit of a strange one when he had arrived. Maybe he wasn't used to being around people he had never seen before, or maybe he would just prefer to be alone. None of it would really matter to Minato as long as he would be able to work together with the rest of them. He would make sure to listen to what he would have to say. As the boy stood up he would introduce himself as Fuyo Uchiha. A fellow member of the Uchiha clan, interesting. He would make sure to keep those words to himself since he didn't want to interrupt Fuyo. The boy would then explain he was a Space Time user who didn't really have a lot of jutsu in his arsenal but he would make up for it in speed. There wasn't much more he would say as he turned to Ai-sama to tell her she could go now.

It was now up to the captain of the team to give a little bit more information about herself. To his surprise she introduced herself as Love Sakumo, heir of the Hyuuga clan. So far they had the head of the Aburame clan and now the heir of the Hyuuga. Minato found that rather impressive, having two clan leaders in his team. It would only motivate him to become a leading member of the Uchiha as well and maybe someday he would succeed in that goal. He would carefully listen to what kind of skill set Love had. As expected of the Hyuuga heir, Minato would think when he heard her explain her specialty.

When Love was done with her explanation, she would note that Yen and her already had a bit of chemistry from earlier days. With the little time they had to get to know each other it was key to find and form a strategy that would benefit all separate members of the team where they all would be able to use their abilities to their fullest.

With all of the members done with their introductions it was time for Yen to take the floor and give this thoughts about the strategy. When he was done explaining what his role would be, he would then hand out the 3 tags for every different member. After every individual received their respective tags, Yen would go out to scout ahead, mentioning they should folllow after him in about an hour.

Minato grabbed his tags he would put in notable reach, put on his gear and katana as he was making ready to go out. 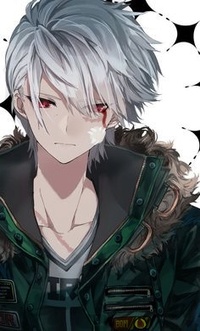 Fuyo stood up after Love explained the plan to the group, Fuyo found it to be a good plan but was worried. Not letting one notice that Fuyo was frightened he decided that he wanted to to get along with the great people he was surrounded with. Fuyo Slid his chair back and stood up and lowered his torso into a slight bow then fuyo began to speak.
"First of all"
Fuyo stood back up and looked at his three team mates.
"Im going to say this, I'm not your pawn and i will not be treated as such if you treat me as a person trying to reach a goal i will follow orders with out question. I am not sacrificial to no extent. But I'm a Team player."
Fuyo looks directly at love
"Love your plan is fine, I actually like it alot I think ill work great. Im in with it as long as everyone will follow suite which i dont doubt that they will. Well I'm going to search the rooms to see if theres anything."

Love nodded when Yen asked if they should go observe now, the Aburame would then stand and tag himself. He would tell them to make sure the tags were noticeable while his own went into hiding. Love would let out a voiceless "heh" at the scene, no one knew who would be on their team or whom they'd be fighting so seeing the organizer of this event walking around tagless would put them at ease in case they weren't yet ready. The red head shook her head at his final comment, it seems he's the most excited for this out of their group. Rightfully so of course, however, while Yen and Minato were quiet, for different reasons, it was Fuyo who stood and began to speak. He started with a bow but the "first of all" was what caught Love's attention, she wondered if he would be able to carry that confidence through each of the words to follow. With an eyebrow raised all eyes were on him, as he was putting his foot down Love flashed a smile showing her pronounced upper and lower canines. God, she wished she had a scarier dojutsu to show at this moment to demand the respect she deserved.

She had a "monokuma smile" when his eyes finally met hers and they were locked on to squeeze through every crack. He stated that her plan was "fine", which she didn't take offense to, it was the best she could make with no knowledge of their opponents. His last sentence made Love laugh, he wasn't scurrying away with his tail between his legs but he certainly was fleeing. He was afraid of being a vital component but they won't be able to accomplish anything without each person assigned to the team. "Keep that same energy." She'd say to him as he was walking away, hopefully, he knew that she meant in the face of the enemy or else his exit would kind of be ruined. While he was gathering supplies Minato and the Hyuuga would have placed their tags, after Fuyo gave Yen a first aid kit Love would start a timer. Plenty of time for the white haired kid to realize and apply his set of tags before they headed out.