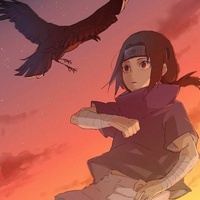 It was a hot day in the village of kumo. But Silver didn't care about the weather. He is out of his favorite food ,chocolate. When he went to the store he found out that they were out of the chocolate bars. So he had to go out of his way to get his favorite food. Silver walks into the store and heads straight to the chocolate. Once Silver was in vision of the chocolate, his eyes brightened and he smiled. their you are! Silver thought in his head. So Silver ran to the chocolate and reaches out for it. But before he was able to put a finger on it, he was knocked down by a large man. He snatches the chocolate bar and bolts out of the store without paying. Silver gets back up in record time. His eyes dark with rage. "That's my chocolate!" Silver yells, startling everyone in earshot. Silver pursues the chocolate thief. Silver is faster than him so it wasnt hard for Silver to catch up. Once the thief was in arm shot, Silver trips the thief and grabs the chocolate in mid air. Before the thief could explain himself. Silver took the chocolate out of the wrapping and puts it in his mouth.
Silver was about to put his foot into the thief's face, a small child gets in the way. Silver was not heartless and put his foot down near his other. Just now he can see that these thief's are kids, younger than himself. But not only that, they were homeless, dirty, and hungry. Silvers rage was changed to sympathy. But he had no intention to show it. So he backs away and goes home. But while he is walking he broke the chocolate bar into two pieces and throws it to the homeless kids. The small child catches it and yells thank you to Silver. The children didn't see it, but he broke out into a smirk when she said thank you. So Silver went home, with a mouth full of chocolate. And with warmth in his heart.