Hey Xyxer when are we leaving again?

Hey Xyxer when are we leaving again?

In hindsight Takeo should have asked his brother when they were leaving. Unfortunately such a basic question had not occurred to him, his mind preoccupied with his new found conversations with his roommate. Instead of preparing for such a historic event he had instead spent his time learning about his new found abilities. While making sand castles without the use of a bucket and spade was truly astounding it was not something Takeo found worthwhile. Of course he had not voiced this to his 'friend', he had already been on the receiving end of several rants about how he was misusing the power granted to him. Still, perhaps with time he would find a more worthwhile use for his skills.

He had spent most of his time locked within his own corner of the Tadashi complex. Closed off from the world he spent hours upon hours within his own mind. For the first time in several years Takeo had found someone with more knowledge than himself. Shukaku needed little prodding in order to boast about his accomplishments, a trait they shared, so it had been easy to pry away at information that he found useful.

The side effect of course was that Takeo had lost a true sense of time.

So now the newest member of Kirigakure's historically poor ANBU now found himself in the Kage's building. It was meant to be a quick visit. A 'hey Xyxer when are we leaving bro?', sort of call. That was until he stopped in front of the door to the chambers. There was a note 'taped' to the door. 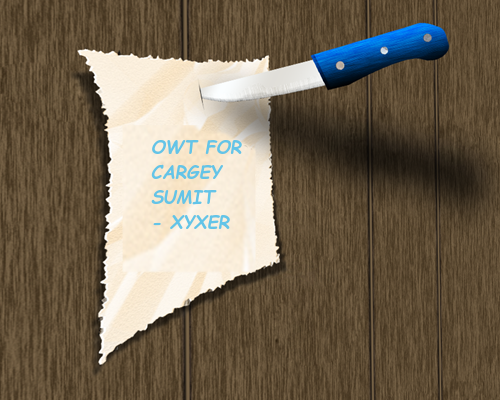