Mission: Passing on the Torch


Masashi's research was coming along well. He had all the material components that he would need for research into making cures and poisons, all he had left to do was experiment and develop them into either helpful tonics or deadly concoctions. Now that all of the prep work was done, it was time to take a break; maybe he could go work on learning some techniques. What better way to do so then by going to the training grounds and loosening up. Sure he could use the practice area inside the compound's walls, but that was more for private training. Masashi was more looking for practical learning which would potentially require someone else to show him how it was done. 'Guess I'm going to the training grounds to see if there's anyone that can give me a hand.' Masashi thought to himself as he put away all of his tools and closed the most recent research journal he was writing in. He had all of his basic gear with him, so it was a simple matter to advise his butler where he was going should he be required for anything, and make his way out of the training grounds.

It was another beautiful day in Hoshi. It was hot out, which made sense for the middle of summer. There were a few clouds that would occasionally cover the sun, but nothing to provide a large enough pause for the heat to let up. He took the long way there, normally because there was a quick path through the Water Gardens, but he enjoyed walking through the beautiful greenery that the village had taken a lot of time and effort to put together. It was a beautiful sight that always helped Masashi feel at peace, especially since his peace was likely to be disturbed when he entered the training ground. The only reason he would go to the training ground is to work on his combat skills, and today was no different. 'Enough lollygagging.' Masashi thought to himself. 'Time to get to work.' And he left the verdant calm of the Water Gardens for what would probably be the chaos of the training grounds.

He was disappointed, for the training grounds was essentially deserted at this point. Normally for this time of day, the training grounds should be packed full of shinobi looking to train or spar with their friends or teammates. Masashi would shrug and take an open spot to work on improving his control over his chakra natures, both his earth and lightning chakra natures, and combining them to make explosion release. 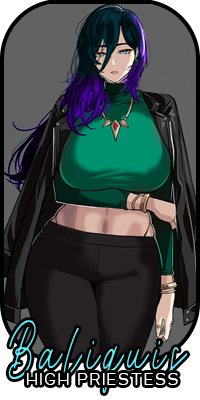 As long as she had lived in Hoshi, Geni had such a difficult time becoming adjusted to the heat. She figured that her Hozuki descent made her predetermined for cooler climates than Hoshi but this is where she was for now. Maybe one day in the future, she’s remember how much she couldn’t handle the heat come summer and relocate. However that fact always seemed to slip her mind when summer arrived in full force, seemingly hotter than the year before. A coincidence? Maybe but it was probably because she kept forgetting that each summer became just that much more hotter. Regardless, she made her way to the training grounds anyway. She needed to try and work on herself and her own abilities to get stronger.


Imagine her surprise as she went to the training grounds and found someone there, minding their own business. Glorious Goddess, a new victim for her to harass, undisturbed. It was a lucky day for her, even luckier still they were of the male affliction. Her mother’s voice still ringing in her head, ‘You’re young and you should have multiple male options’ , with it’s half-right, half-wrong philosophy.


‘But wait, there’s Kenshin!’ Yes, yes, good old, never-around-to-give-attention Kenshin. Honestly, she felt guilty about her own thoughts but since she had taken on too much of her mother’s ego but… her mother was kind of right. Eventually there would be only Kenshin, but… Kenshin has slipped into her home and bedroom with obvious sexual experience from who-the-hell-knows-where. She felt terrible coming with none of that experience and she was probably a terrible, horrid, frightfully dull partner for him to say the least. Wouldn’t it be better to even the scales by getting other experience as well? Perhaps this man could be one of the newer experiences.


“Hello, are you entirely too busy for a spar?” Geni called out to the male as she went over towards them, walking while she produced a hair-tie from her ninja pound and tied up her long hair in a high ponytail to keep it from her face. Today she was sporting her new outfit of a pair of black ninja pants and a light grey, halter top; a ‘test run’ of an outfit she had in mind for what could be her official ninja outfit as a newly anointed Chunin Shinobi.

His solo training session was interrupted by the arrival of someone to the training grounds. Judging from the cut of their clothing, it was a girl. She was wearing a pair of black ninja pants and a light grey, halter top. Her multi-hued hair was tied up into a ponytail, so that it stayed out of her face. She was making her way over towards him. As she did so, she had called out to him. “Hello, are you entirely too busy for a spar?" Masashi would inwardly wince. This was not the kind of training he had been hoping for. Manners did dictate that he respond though, so he would with a smile. “Good morning.” Masashi would say to the newcomer. “I’m simply working on learning some basic techniques. I’m not opposed to some combat practice, however I’m not sure how well that will go. I have a very small number of jutsu at my disposal currently, and none of them will be of any help in a spar.” He would chuckle before asking. “I don’t suppose you would happen to know of any medical techniques that could be used offensively, would you?” ‘It wouldn’t hurt to ask.’ He thought to himself as he waited for the girl to reply.

The girl had not moved or said anything since his last question. He was unsure of what she was planning to do next. In any event it would seem that his training for now would have to be put on hold. There was nothing else that he would be able to learn by himself without any additional research. If the girl here was not able to provide him with assistance, he would need to look elsewhere. Most likely a trip to the library would be in order. Looking over to the girl he would bow slightly. “Thank you anyways, but I should really get going.” He said to her before turning and leaving the training grounds. He would head back to his home which happened to be nearby. He would stop there briefly before heading to the library for some additional research. Another long day of hitting the books ahead of him, finding anything that helps.