It's Been a Long Day

It's Been a Long Day

The soft pitter patter of hooves echoed against a gravel road, loose stones shifting under the weight of the animal traveling across them. The horse was a beautiful creature, its black body contrasting against its even darker mane. Sitting upon this mount sat a man lazily riding along, letting the horse do most of the guiding. His dark hair matched that of the horse, aside from a section that had been tied down by a piece of cut cloth. This white band stretched across his right eye, wrapping around under his ear and the top of his head. The section covering the eye appeared a faint shade of crimson. Despite all of this, the tired man wore a thin smile on his face. He was here to see his brother.

Tug walked towards a point where one road split into two, or rather from this perspective, one road met another and converged into one. One leading towards a beautiful mountain landscape in need of a few minor touch ups. Nothing that the rider could not handle later. The horse strode up to the fork, to which the handsome man atop would make stop. A thin blade could be seen strapped to his back.

Did I beat you here, brother?

It was a minimal movement, and one most people would pay no mind. But Komon was not most people, and something in his gut told him that this was worth reacting too. He'd been camped out in an abandoned cabin on the outskirts of the village for some time now, waiting for his brothers return from his deployment like they'd agreed. The cabin, was about a mile in distance from the rendezvous point, and being a man of his word he'd traveled back and forth between the points every day to see if his brother had arrived for the past few days. So far there had been no luck.

His horses hooves would clack against the gravel pavement, and the horizon would give way to what his horse had sensed. And finally, the weight that had been on his chest since the pair had last seen each other lifted, his brother was safe. Or so he appeared from a distance. As he grew nearer to his twin he couldn't help but notice the bandages that had been applied to komori's head.

Komori sighed with a look of disappointment on his face. However, his eyes, or rather his eye, told a different story. One of relief as his worries over his brother’s safety flowed out of him. The jounin dismounted Tug, opting to lead him by his reigns as he walked towards Komon, who seemed to be talking to himself. “I still look better than you, you dick,” he would say with a smile. Komori reached behind his back, pulling out the needle sword he had rightfully earned, twirling it around a couple of times before pointing it at Komon. “I managed to get this wicked weapon out of my mission, though.” He gave out a morbid chuckle. “Just paid for it with blood is all,” he said sighing. He was, for perhaps the second time in his career, exhausted. The fight had taken its toll on the young adult, perhaps the most grueling since his fifth chuunin exam against five condemned prisoners.

If his brother asked any questions, which Komori hoped that he would, the one-eyed Hozuki would of course break to reply. The man was full of himself and would never miss an opportunity to brag about his fight of epics, one that could surely make its way into the Kumogakure history books. Probably with a few edits to make his victory even more epic. History is written by the victors, after all. However, his own emotions had clouded the conversation, leaving the Hozuki without a name to his legendary opponent. A shame.

After any conversation or inflating of Komori’s ego, he would take the time to eye his brother, looking for any scratches or anything that seemed different. He would also notice a lack of any cool™ new weapon. “Was your own mission a success? You must’ve fought academy students if you came out like that,” he said teasingly.

Always had to have the last word. He never changed.

As his brother twirled the blade Komon would shrug, "Some people pay an arm and a leg for their weapons and armor, its not a cheap craft" It was true, his profession had not been kind to his wallet. Then he'd mockingly point to his brothers eye, "I've gotta say tho, the eye's an odd choice."

He'd take the next few seconds to observe the blade however, and was admittedly internally impressed. The blade moved effortlessly through the air, and it's surface held no visible flaws. It had obviously been crafted by a smith that surpassed even the likes of the kobayashi family. And that was not a compliment he had given lightly.

"That's a weapon you should treat well, it's been built in a way I doubt many could replicate"

He would turn his horse so that he was now walking alongside his brother.

Once more he would shrug as his brother asked his question.

"No fight at all I'm afraid, Diplomacy prevailed"

And now the pair stood in front an orange and purple sky, the sun setting behind the mountain range that housed their village. The scene was beautiful, unlike the rot that no doubt waited behind the bend, and as he looked at it, he couldn't help but think that for all their power, they'd done so little to actually help their village.

They'd gone to war, they'd battled beasts of legend, They'd lost friends and they'd drawn blood. But all the while they had let their home become infested. Youka Tau had destroyed their village, Maku had sent them to war for little more than his perceived notion of glory. They'd fought the foreign enemy, but they'd appeased those that were domestic.

They owed their village more than that.

"So what now, Komori?" He'd say as his eye's rested on the mountain range and all it's beauty.

I'm bothering to use my phone so count yourself lucky, bucko 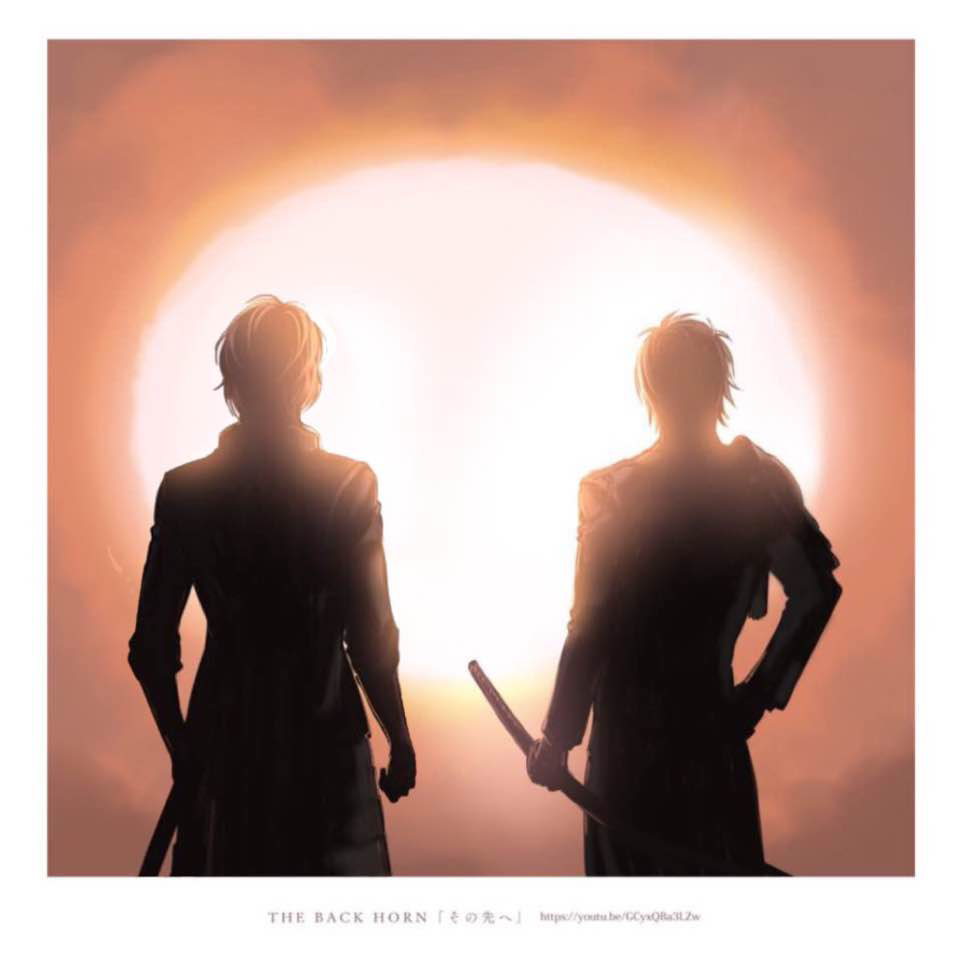 "Har har. Very funny. Maybe he knew of your fate being the eternally less attractive twin and decided to help out," he said with a smile on his face. "Seems to have backfired though." His smile changed to a cocky grin. "Women love a man of mystery. Scars are just extra flair."

Komori nudged his brother with his shoulder. "Diplomacy might be safer, but now you've no story to tell." Content with having the last word, he wordlessly walked alongside his brother, gazing at the sun indirectly. After all, he only had one eye now. It'd be a shame if that one went blind.

"Didn't I tell you before we left? I'm walking into those chambers and taking that seat. And after that. After that, we fix our home together. You, me, and the others." He hooked an arm around the Hyuuga. "The sun will shine on a new Kumo in no time."

Assuming his twin had nothing that needed a response, Komori would lead Tug back into the village, walking alongside Komon.

WC: 725, claiming all towards Tenotsuku
--Exit to Gates--

"But now you've no story to tell"

Komori may have believed that. But Komon would remember his encounter with the bearded Konoha shinobi, most likely for the rest of his life. Their time together in the rain had been short and uneventful, but the situation had an aura to it that Komon would most likely never be able to explain. Still, Komori was most likely right, it was hardly the stuff of legends.

His brothers aspirations were large, but doable. He doubted that either of the twins would meet much opposition when claiming power, the pair had become village celebrities ever since they'd taken down the tailed beast, and were loved by the people. Besides, nobody had seen Youka and Maku for months.

Komori had his brothers support, and his sword, if need be.

--Exit to Gates--
WC: 664, putting all towards Spatial Awareness
http://naruto-role-play-rpg.forumotion.com/t39263-spatial-awareness?highlight=spatial