A Quiet Spar Among the Water Gardens (Private, NK)

Satoru had overestimated his own chakra potency. As he watches his shadow attach to Mo-Ri's shadow, he almost begins to relax. However, he is snapped back to high caution when Mo-Ri simply staggers for a moment and continues to move forward. Satoru's attack proved almost completely ineffective against this opponent, his strength is of greater quality than Satoru's chakra potency is.  Of course, Satoru's shadow leaves Mo-Ri's the moment the jutsu was understood to be ineffective.

Quickly, Satoru refocuses himself before Mo-Ri fully approaches. The opponent's leg and staff, the latter of which appears from out of Satoru's sight, impact the tree he sticks to. The result is the broken tree along with Satoru being sent tumbling backward. After Satoru's his actions, his eyes remain fixed on Mo-Ri as he speaks. It should be noted that a considerably large branch flies off to Mo-Ri's left and lands lodged in a tree at a position six meters above the ground.

And these are Satoru's actions. With the broken chips of wood flying in multiple directions around him, he releases his surface walking for a moment to climb around the backside of the log of wood he is travelling on. Then, both of his hands come together in order to perform five hand signs. Immediately upon finishing these hand signs, Satoru's body would be replaced by the considerably large branch (noted previously).

Satour would appear within a tree to Mo-Ri's left no less than two meters away and no more than six meters away. He would stand on a branch six meters above the ground and immediately remove one kunai and two shuriken from his ninja pouch using his right hand. Rather than be heard (his steps are silent due to his silent footsteps technique) Mo-Ri would likely see him standing there.

Crafty. Just what he would expect from a ninja of a shinobi village but being crafty would only get you so far in a fight where the odds may not be in your favor. The male smirked for a moment as he wondered what his next course of action would be and in the event that he needed to change them he would. Of course as the tree smashing had went through the male watched as the tree limb was now where the male had been, his eyes scanning the area through the hood before seeing him through his peripheral vision to his left which he didn't predict so it was a nice move. The male had been moving silently for some reason, a jutsu perhaps? No foot steps were heard onto the branch so he had simply deduced this fact but the truth was in the pudding and he had the spoon to eat it. Instead of finding out if he had been right or not he simply fixed his footing and turned toward the male slowly, each action being done in a simple manner. Should the male have made a move it would have made Mo-ri's actions happen much quicker with the same smoothness.

His eyes locked onto his target as he took a small slide toward the male, his right foot pushing off the ground to give him the proper motion and also to prevent it from sounding like he jumped when he merely slide from one point to another. What the male would see instead was the male swing the staff at his maximum speed, but the male would miss the most crucial of moments. In that time Mo-Ri had swung the staff the male would feel the earth beneath him move and shake, the tree itself uprooted along with many of the others in the staffs arc (moving from right to left mind you) a couple of trees had been swept in the aftermath and knowing that the male would be caught off guard, the large staff (maximum it can grow so 15 meters) would be sitting right beside the male at the end of his swing. Whatever trees behind, to the side and in front of the tree Satoru had been in would have been sent flying including the one the male had been in himself. Of course he'd make it to where he wouldn't be killing the male, that would be a tad overbearing, but the kid looked as if he could survive that.

When the smoke had cleared (none had been obscuring Mo-ri's vision) he looked to see where the male had went providing he had made some plan to escape the sudden eruption of tree's and the colossal staff beside Mo-ri. Going to the staff was a bad idea, but he figured the male could have saved himself in time and if not? Well it would have seemed as if someone was going to the hospital. Now that he looked around he could see the trees, rubble, debris and other things being flung somewhere and he had only blinked and scratched his head," Maybe I over did it by...just a lot. But hey I don't think i killed anyone...I think?," well this was a spar so he didn't think anyone would mind, but...maybe he shouldn't use the Yeoui like that.

The male had not been responding and it had been quite a bit since the attack so Mo-ri assumed that the male had been frozen in fear and needed to do something before the male actually hurt himself. Swinging the staff he would thread the needle between trees before grabbing large chunks of the boys clothing and retracting the staff toward him, using the main shaft to move trees and debris from the boys traveling path until he had made it safely back into Mo-ri's arm range. Was the boy out of trouble? Sure. Then again...there was always a price to being saved and Mo-ri was about to get his. His hand, the one not using the staff prepared to rob the boy of his one true treasure. Something the male must've coveted more than anything in this word and when Mo-ri took it? It would be all over for him. Placing him on the ground he would use both his index and middle finger to invade the boys nose, picking it for whatever wild reason...

Maybe it was to humiliate him or maybe it was simply to poke fun at him, but his nose had definitely been picked. There was a small look of disappointment on his face as the males nose was riddled with boogers making this experience...quite awkward for the both of them but he had been satisfied with the results and thus pulled his fingers out carefully before rubbing them on Satoru's shirt and shaking his head. When or if the male moved again he(Mo-ri of course) moved away from the male some 5 meters and waited for him to wake up from his stupor. Crouched and leaning the now returned back to normal staff on his shoulder in anticipation of what was to come, he expected the male to be more aware of his own surroundings and a little more proactive in his movements. If not then he'd just get his nose picked time and time again.

The last few events to progress have been... strange. So strange in fact that Satoru has no words or actions to use in response to this occurrence aside from walking away with an excuse to leave. And so this is what is done.

"Mmmmm... hey, I think there's something I need to go do. If you'll excuse me." Satoru says, putting a hand up as a simple wave. "It's actually quite urgent."

So, Satoru walks away towards town and leaves the area.

Well then. The male looked at the other male for a moment as he smiled almost instinctively before standing back up and swinging the staff into the air," Well at least you didn't die by raining debris or trees, and you might've gotten a little stronger in your...humiliating display there. Welp if you're ever around and want to train some more just let me know and i'll be around see ya kid!," he knew that he was probably leaving due to the whole getting your nose picked deal, but hey. When you stand still your nose will be sacked and your life will never be the same. For now looked around the area taking in the fact that he sort of...no he probably should have left before someone figured out that he had actually took out a chunk of the training field with one swing...then again...Wasn't this place near the palace? The male put a single hand to his brow as he looked around and noticed where the trees and debris had been flying and instantly walked in the opposite direction. Someone was either going to hate cleaning this up or enjoy it...needless to say it wasn't going to be him.

*and the small satisfaction of making some poor group of genin repair the training fields. 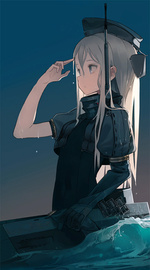 Satoru, I need a TWC on this bad boy.