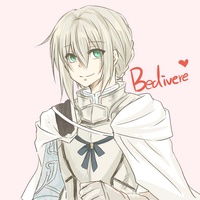 Kama had been through an...eventful weak and was determined on learning something a little less life threatening or that would cause any of her classmates or teachers to be made at her. The sun was just peaking over the horizon at the early hours of the morning as the young kunoichi thought about her training for the day and what would be another useful skill for her to have. She was proficient at hand to hand but she really didn’t see herself as a taijutsu specialist and without knowing her nature type she wasn’t positive that learning more about ninjutsu would be a giant help to her. However medical jutsu would fit right in. She had an increased recovery rate already due to her lineage and with some medical skills she could be a force to be reckoned with! She had studied a bit of the basics, what good that did her. It would be much more practical to study the effects in a real life situation and fortunately for her, she still had some cuts and bruises from her past training that needed fixing up. She found herself a nice stump to sit on for concentration as she considered on how best to do this. In theory her bloodline shoud do seventy five percent of the work but she couldn’t just rely on that. Having naturally fast healing was great of course but it would be loads better if she could simply heal herself when the time came instead of just getting better in a hospital somewhere. She smiled to herself and shook her head, knowing she could do this.

The key was, of course, to use her chakra to speed up clotting and to manipulate cells into doing their natural job a little faster. Her bloodline would actually help with this a bit as it gave her a natural recovery rate that was pretty high. Performing the proper handseals, she started by putting a hand over a large bruise on her hand, she closed her eyes and concentrated as she poured chakra into the area, lighting it up with a light red color that denoted her personal chakra. She didn’t really feel any different, if maybe just a bit warmer and grew puzzled. She had figured this would come easy to her, but as it wasn’t the combat techniques she was used to perhaps she was thinking about it the wrong way. Using her chakra in force may work for other things, but perhaps this was going to take gentler approach. This idea wasn’t something the the rather problematic girl was used to but she could definitely adjust if it was to make her stronger over all. Re-doing the seals and placing her hand back over the injured wrist, she breathed out slowly and concentrated. With any luck being a bit more gentle about it would produce far more results after all as that would likely make sense in not trying to make a wound worse. She could almost feel the area getting better and better, if a bit slowly. Speed would come in time though and for now she just needed to concentrate on making sure she got the technique absolutely right rather than worrying about how fast she could do it. It took a few minutes, longer then she would have liked but still, within that time the bruise had completely disappeared and her wrist was as good as new, as if she had never injured it in the first place. Hopping off the stump, she stretched and smiled. The young Kunoichi decided today was excellent for a break, starting now.