Both creatures watched behind the eyes of Xyxer, following the trajectory of the coin's sheen as it twirled through the air like a skilled gymnast. Over and over it spun, pulled by the tendrils of fate and tethered by luck. Chomei was inside of the boy, and so it was only natural that he exuded as much luck as possible. Both relished in the anticipation of the moment, the demon and the bijuu hadn't witnessed such recklessness for such a long time. Then, upon the climax as the coin slapped onto the fleshy hand of Altar, there was a brief moment of tension.. before the coin revealed it's mockery of Ren to his pal.

The head of the coin glared up towards the light of the room, reflecting it's proud mockery to all that witnessed it. It nourished the demon with it's acceptance of his actions.. no, it wasn't mere acceptance. It encouraged the rage of the beast, invoked it even. He shifted the weight of Samehada in his hands as he prepared himself for the boy's finale.

Then the muscular, writhing bijuu within pushed it's way into the scene. To kill the boy here would be a mockery to Altar.. and why was Xyxer killed him at this point in time? He'd repented for his sins, and yet he was being punished for them all the same merely because an old wound had been opened by his friend. Here Altar knelt with the brain of his greatest friend scattered over his pale, gaunt face.. and now he would be punished simply because Ren had returned? "Killing your own shinobi is the sign of an uncivilized barbarian, Xyxer. To kill your peers on the orders of your leader is a foul crime, but one that was required due to your duty to your naive kage. What forces your hand this time other than your treacherous nature? Do you derive satisfaction from slaughtering those that expect protection from you?" Gyuki questioned. It's words pierced the man that believed himself to be honourable.. where was the honour in this? The boy had made no actual attempt on his life, the mastermind of the plan had been dealt with.. here he laid.. whimpering like a little girl. A broken arm, a single swing to the head.. there was no glory in that for either of them. Humiliation was a sacred thing to be used in small doses, yet the beast didn't understand that yet.

Staring down at the male that should be dead, his hands tightened around the hilt of Samehada once more as he readied himself to hurl the blade down into the scalp of his ANBU.. but it wouldn't be fitting. He'd shown him his way, how he'd became the way he was.. and now he was going to ruin it all with a single fell swoop of the blade? No.. he'd have to accept this humiliation himself of allowing him to leave. Lowering the weapon beside himself, he took a few steps towards his desk to allow Altar a path to leave over the body of Ren. For the first time in a long time, the demon had been tamed, perhaps out of a sense of duty to his people, or maybe he simply couldn't bear himself to truly kill a man he saw so much of himself in.

So for now, the beast relented without a word, granting safe passage to the knave that whimpered and cried as they started to understand the world they were truly in.

I'll do my claims after 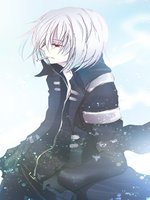 The coin had a say. And it's voice rang true through the ghastly quiet room. The side of the coin face up betrayed the nature of the beast, and the fear of death was waylaid by disbelief. How could the lucky beast fail?

The moment crashed into Altar's head, and the final shackle around his neck snapped open, the spiritual and emotional weight leaving his body after so many long years. The boy finally had nothing left to lose. Or so he thought. He was prepared to fight for his life. And above him, the stature of the tyrant shifted. The boy could almost feel Xyxer tighten his grip on the weapon, and the boy prepared himself.

Perhaps, in some twisted sense, this was the luck of the beast. The coin flip had fell true, the shining humiliation giving way to his untimely, or rather timely, death. He would finally be free of it all. Every wordly care and woe gone. No more tragedy or loss to experience. Only serenity in the afterlife. But the blade never came. Death did not yet grasp him.

And yet, the tyrant shifted. The twisted blade of Samehada lowered into his view, and moved away, along with the body of it's wielder. There were no words spoken. Xyxer simply moved out of the way, providing the young ANBU a path out, over the corpse of his friend. What...what was he doing?

The boy wanted to question, every fiber of his being wanted to break the horrid silence and ask the tyrant why he was letting him escape. But for the time being, he would take his life and run with it, and be damn grateful that he had left the room with that. Somewhere deep down, there was an immense respect forming for the tyrant. He now owed him his life, and that debt was never easily repaid.

The boy's gaze would flicker to the lifeless body of his friend, and for a brief second he wondered what would become of Ren's body. If he were in any other state, he would ask to take the body for farewell and a proper burial. But the tyrant...Xyxer, had more honor than that, and the boy was no longer sure if anything but an escape attempt would be met with deadly force.

So, closing his eyes momentarily, the boy would say his goodbye to the battered corpse before him, rise to his feet as best his broken body could manage, and make his way out the door. His direction now was unclear, but his feet carried him forth. Perhaps to the hospital to get his bones mended, or perhaps home to get his mind mended.

~Exiting, will do claims once Xyxer has done his. Too shook atm~

I'll push for Samekamu due to extensive usage and handling of Samehada, as well as dynamic entry since, as mentioned prior, it was a really freaking dynamic entry.

Original approvals still apply, you may request a second opinion if you'd like.

Alright talked it over in Skype with staff and you're approved of all the claims.