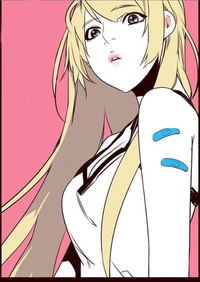 Queen found herself on the training field of suna once more, somewhere that she found herself quite often since the Jonin Exams had commenced. The first round of the fights had come to a close, and she had been a victor of her fight. Rei could almost recall the events that had taken place during that first round. The adrenaline that pumped through her skin as she went in for that final attack. The sound of the roaring crowd as she was pronounced the victor. It was a feeling like no other. She had remembered fighting in a small dojo in Konoha before becoming a ninja but the immense feeling that she felt in that large stadium was like no other. She had never fought amongst such a large crowd.

With that said, she also could not imagine losing in front of all those people. Hell, she had never lost a match to begin with, and she couldn’t let the first time be any time soon. She was a Queen after all, and Queen’s don’t fall to no one. She’d have to train harder than anyone in this competition to make sure that she would prevail victorious. After all, there was some stiff competition in the exams and she had seen a lot of them first hand. Rather it had been Kyson, Salzem, or even her first match competitor Royalty. There were also those like Risako and Jace who she knew she’d have to continuously hone her skill if she planned on winning her fights. While she was confident she could take them on, she did not want to leave any room for doubt. All her victories has to be assured.

Queen began her stretch routine on this early morning. Her fight had just taken place and even still, she was back on the training field. Her body wasn’t too sore since the match overall didn’t cause her to exert herself too much, so throwing in a training session right after her match didn’t seem like too much of a bad idea. Besides, all the praise she got while on her wait to the training field didn’t hurt either. She even signed some autographs for a few kids. She hoped that they wouldn’t crowd around her while she trained though.

Though with the first set of fights done, and Queen having stayed to view all the fights, she had to say the competition was as stiff as she expected it to be. With the results of every match, she had an idea for who to look out for but for the time being, it was those in her group that she paid closest attention to. Since the fights were over, an announcement was made that the next fight would be a group round, meaning she would be going up against not only Royalty once more, but Risako and the boy known as Samuru. She had been able to defeat Royalty once, and only hoped she could do it again but the other too, well the other two were a bit worrisome. She knew she had to form something in order to have an Ace up her sleeve and she already had something in mind.

It had been a few day before the exams had started that she had come up with an idea for a new technique. It was the day that she had come across Kyson, Ayame, and Salzem at the training field. During their little spar session, Kyson had used some sort of barrier type contraption that was able to reduce her chakra, and she only assumed how it had stopped the beasts own crippling technique, it was able to effect all those within it’s range. Queen was able to see it with her chakra vision and was able to get a closer look of it, even though it had been activated for only a brief amount of time before the werewolf destroyed it. From what she gathered, Kyson was able to use his chakra control in order to disrupt the chakra of those around him. From her own experience she remembered that hers personally had been cut down by half. She figured if she could work out the kinks and maybe incorporate her gentle fist techniques, she could maybe construct a way to make something with a similar concept, and perhaps maybe even stronger. If she could find a way to perfect this before the group fight, then she thought that her odds would be ever in her favour. After all, she would be crippling the one thing she was lacking. She was sure she could out do most of her opponent in close quarter combat.


Her training today would focus on her chakra control. Her main objective, and what she thought she needed to do in order to learn this technique. The first step was mastering her chakra control. If she could better understand her chakra, and expel it through her tenketsu point in order to form a barrier around herself, it would be the first step in learning this new technique of hers. Queen took a seat on the soft sand, crossing her legs and forming the tiger hand seal while she focused her chakra. She could feel the inner energy flow throughout her body. It didn’t take long for a burst of energy to come out through her body. Using her Byakugan, she witnessed the barrier form effortlessly around her. It helped that she had practiced it numerous times before today, though even she didn’t expect to get it so quickly. She supposed with that learned, she could focus on a few other things, primarily Chakra Infusion. Since she was already practicing on Chakra control, it would be a nice segway to lead up to training chakra infusion. The girl quickly began by pulling out a Kunai and focusing her chakra on the bade. She watched as the chakra would dimly coat her blade before a stronger force of chakra coated it. It seemed like all her recent work in chakra control was really paying off. She would continue to practice these two things for a little while longer before honing all parts of her body.

Re: Some Last Minute Training