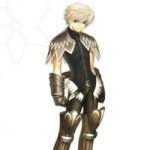 Roxio had never traveled much from his home. This was mostly due to the fact that his family had a large enough space to have a training ground in their back yard. It was nice out here with water every where which was nice and you could go for a swim. He enjoyed finally getting out of the house, and he needed more space than was provided at home. He wanted some breathing room and some alone time. He saw a lot of other ninja above his level seem to move very quickly in a blur of speed but only for one instance or another. Learning that it was called "Body Flicker" Roxio wanted to train on it. He knew the book knowledge of it but wanted a practical course on it. Body flicker by book definition is a technique of high speed movement that involves vitalizing your body with chakra to heighten your speed. Though this was only a temporary burst. He had no one to train with at this time so he had to make use of it. He started out by stretching if he were going to be moving quickly he did not want his muscles to be stiff and have a chance to tear them. That would be a bad idea and might make it hard to get back home. He stretched out his legs, his arms, and any other muscle he could loosen up. He bounced up and down a few times and took a run around the training grounds to let his leg muscles work out a little before putting them under strain. It was easy for him to run a few miles and not get tired but he ran about two miles this time. Cracking a small sweat from the head, and it did not help that he was wearing a black shirt. Deciding to take that off at that moment a gust of wind came and cooled him off a bit.


He started reading the book back in his mind. Roxio, keeping the thought of "vitalizing your body with chakra", was going to attempt this as many time as he could. Holding the hand sign, ram, he stood still concentrating on the movement of chakra in his body. Being that he was raised to be a medical ninja this was not hard to control his chakra. To be a medical ninja you have people's lives on the line and it comes to you to have precise and accurate chakra control. Though he did not have the years of experience that his parents do BUT he knew enough as of now. He picked a point in the training grounds to dash to, and felt enough chakra build up. He was wrong though he dashed to the location he had set but it was not the "blur of speed" he thought of. He did get faster but not too much faster than his regular speed. He thought "It has to be a instant powerful burst of speed to obtain what the higher ranked ninja can do."

He tried again and still not as he would imagine in his mind. What was he doing wrong? He built up chakra over and over again, straining himself to do so. "Maybe I did not have enough chakra in the first place" he thought to himself. He cast his doubt aside and continued thinking "Well better work up enough chakra to my limit and hopefully expand how much chakra i do have." He built up as much chakra as his body would allow and kept trying over and over and over again. Eventually the last time he collapsed on the ground from too much use of chakra. He chuckled a bit and tried to get up. This did not work for his body refused to move. Thinking to himself "I have not been this exhausted in a long time. It feels as if my entire body is just done." After a few minutes he was able to at least sit himself up against a tree in the middle of the training grounds and stare at the water. "So peaceful, yet so frightening water is" he thought to himself. Staring at the clear water he stood back up and staggered a little bit. Roxio forced his body still and held the hand sign again. He could feel a small amount of chakra flow through his body, and he forced it. He could feel a little more than he had previously and put as much power as he could into going to a new location. He got there faster than his other attempts but it still did not seem like it was a success. He, again, collapsed onto the ground and laughed a little. As he laughed his entire body ached and Roxio flinched in pain. He was taught that he should not expend so much chakra, but he figured it is better to push the limit than to never find it at all. He tried again but to no avail and he could feel less chakra coming out each time. Roxio, once again laying on the ground, decided enough was enough. Though he could not move at the time he figured it would be better to try again another day. Hoping his tolerance will prevail and push through his limits.


"Pain is weakness leaving the body." He kept thinking this as his father always told him that when they were training. "Crawling is acceptable. Falling is acceptable. Puking is acceptable. Crying is acceptable. Blood is acceptable. Pain is acceptable. Quitting is NOT acceptable." Remember that this was his brother's words during training. This made Roxio not want to quit and got up again out of shear will. He held the ram sign again and built up as much chakra as his body would allow again. It was painful but he stood with the strain. He felt the wind hitting his sweat drenched body. He heard something off in the bushes. He figured it was a animal but he opened his eyes to see what it was. To Roxio's surprise a kunai was flying straight at him with blinding speed. His mind raced "I can not move in time. I do not have the chakra." At that moment, if as instinct kicked in, and not thinking Roxio's body went into overdrive and kicked in a reserve amount of chakra. This filled his muscles with excess chakra and Roxio disappeared in a blur of speed dodging the incoming kunai. Roxio noticing that he dodged the kunai astounded him. He fell to one knee after the ordeal though. If the feeling was not bad before it was worse because he had used up so much chakra plus more his body was aching in pain. He looked up again as he saw his brother, Simba, come out of the bushes smiling. Simba said "I see you were trying to learn a body flicker, and you just used it. Congratulations, but you used up so much chakra before hand you are pretty much useless." Simba laughed "When in a life or death situation the limits that your brain places on your body to protect you during normal life go away. This allows your muscles and a extra chakra reserve to flow. You need to learn how to tap into that and you will know how to use jutsus at will that would normally be too extreme."

Simba handed Roxio a medical ration pill. Roxio ate it and felt a lot better than before but was still somewhat weak. He stood up and at that moment Simba threw another kunai straight at Roxio. Roxio reacted just like before he disappeared at a blinding speed and reappearing in another location. Simba threw another and another. Roxio dodging each of them accordingly, but collapsed after the third one. "It seems that you are at your limit now but you are able to use it at will. Hopefully you will be able to do it again after some sleep." Simba helped Roxio up and they both went home to eat and sleep.