A Fistful of Sandy Exchanges [P]

[Skipping most internal monologue as I just lost the post I wrote and I'm kind of pissed.]

Ari watched and was proud of Nobu for his efforts in recreating the Morning Peacock, which showed as she continued smiling. She decided it was time she moved on to showing him how to perform the Aerial Strip technique. "The next technique I'll show you is a D-Rank technique, which is a bit gimmicky but possesses a lot of utility." Ari explained before turning to face away from him again. She threw her right fist forward with an upwards arc and a twist at the very end. "It's important to have the perfect upwards arc and twist so your opponent is sent spinning with enough strength that their equipment is destroyed or sent flying. Needless to say, it's not safe to use this technique during casual spars... Unless you want to destroy your sparring partner's clothing and possibly a friendship along the way." Ari then turned to face Nobu again and waited for him to attempt it. 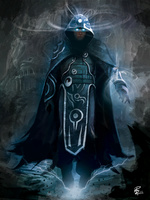 Nobu eagerly listens to Ari speak of the next technique while demonstrating its use. It seemed like a rather straightforward technique, but she said that it required very precise twist at the end of the upwards striking motion. Nobu watched, noting each motion of her body while performing it. He also listens as she continues, telling about what it does and how it should not be used for more casual sparring as it has the potential to humiliate the opponent.

“It strips away their clothing?” Nobu asks, puzzled by such a move. He could easily see the utility in such a maneuver, as removing their clothing and gear could provide a valuable edge as they will no longer be amplified by whatever enchanted items they had and their lack of clothing might cause them to be uneasy about performing the fight at maximum capacity because of the distraction of being naked.

Using several attempts in the air at a slow pace to begin with, Nobu thinks that he had the motions down though he could not be too sure of it. He almost asked if there would be a way for him to properly try the move out, but then he thought that through. If this move removed clothing, then… Nobu’s face turned a shade of red upon finishing this thought train. It wasn’t perverted thoughts, he just didn’t expect to have to think about a move that removed clothing, especially not against a lady such as Ari. If he planned on being able to truly master and utilize such a technique, he would have to get past this unease. He may one day need to use this on a female opponent, and any hesitation could prove devastating to Nobu or those he cared about. He looked over at Ari, trying to pass off the redness as a response to the heat and training. “Yeah, that move would prove very valuable in a combat scenario. I will have to take your word on whether or not I have this down, as I cannot…. Will not use this move on anybody right now.” He says, as his face slowly shifts back. This is likely in response to the small rest he is currently having while discussing the jutsu (or at least that is his story, and he is sticking to it).

He would then try to perform the move again in the air, thrusting his right fist in an upward thrust while twisting the fist at the end. He performed the move several more times before looking over to Ari to make sure that he had a solid grasp on the move.


“How exactly would you suggest that I practice this technique in the future? I’m sure you have used the move, so what did you practice on, if you don’t mind me asking?” Nobu was rather curious, as he really did want to get this move down. Removing the gear of a better equipped opponent might save many lives one day.

"Indeed." Ari replied in a short and simple manner to Nobu's first question, regarding the technique's effect. She then went on to observe him practicing the technique, while he appeared to have the form down correctly, it seemed he wasn't confident in it without seeing it work. Remembering how she'd trained it, Ari figured she would have to offer further advice on how to ensure he did it correctly. Eventually Nobu got around to asking just that and she'd prepared an answer for him just encase. "When I trained this technique it was here in Sunagakure, I grabbed one of your dummies and wrapped my shirt around it... Then I just kept trying to get the form correct until it worked and my shirt got torn from it mid-flight."

With her easy explanation of how to train it, Ari realized the sun's position in the sky. Time was getting on and it wouldn't be long before she had to rendevue with her comrades. Unfortunately deciding to cut things short before she'd had the opportunity to learn anything, Ari spoke once more albeit briefly. "I'm sorry Nobu, but my time's run out for now. I'll have to meet up with you later to learn what you have to offer, I did enjoy this though." She turned away while extending her right arm up and waving. "I'll try to catch up with you when my duties here are fulfilled." Ari then proceeded to abandon the boy to his training and return to her assigned quarters.

Nobu listens and nods in agreement with her training methods. The use of a dummy to master the form was sound, though Nobu worried about the sheer amount of dummies that he would have to go through before truly mastering the technique. Practicing his form a bit more in the air, he hears Ari say that she will have to get going.

Nobu stops practicing and looks over at Ari. Looking her directly in the eyes, Nobu smiles and gives a bow out of respect for her. “Thank you very much for the training. I learned quite a bit. Hopefully we will meet again so that I can keep my end of the bargain and teach you some things.” As she waved goodbye, Nobu would send his own back at her.

Turning back to his training, he would continue for another few hours. Because of Ari’s help, his day of training didn’t have to be all day long, and so he would drink a gulp from his water bottle and head into town for some barbeque kababs.


Nobu thinks back to the Leaf shinobi, Ari. She had been quite skilled, likely a good deal more so than even Sakaiza had been. The thought of sparring her would bring excitement to his face. If he wanted to be the best Taijutsu master ever, she would eventually have to be bested. It would be some time from now, but Nobu still looked forward to it. 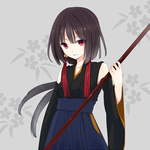 Approved For Nobu's Claim and Exit

Approved for Ari's Claim and Exit