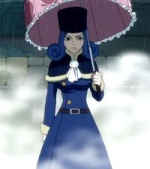 Today, as of any other day, a group of powerful cloud ninja are going out on an assassination mission, which means they need the best of the best equipment to take down their target. Your job is to go to the building 10, the mission briefing building that all ninja go to. There, you must see to it that they get the best weapons and tools available. That's right, you are going to serve as the armory clerk today, give them their weapons that they ask for, kunai, swords, anything.

Believe it or not, this is one of the best opportunities you can get in your ninja carrier. While you retrieve the weapons that they ask for, you can in turn gain some information about the life of Jounin and Chuunin. Ask them anything you wish to know, who knows, you might learn a thing or two.

Yup just another day at Kumogakure for the rain lady. Ashur gambled a bit so now she needed to actually get some cash for herself. Not like something as small as an E-rank can get her upset though! With the rain falling down at it would normally, she rushed to the post the mission told her to and did the easiest job she could ever think of. More or less being a vendor, she waited at the mission briefing building for just about anything to happen. Before long, three powerful looking ninja approached the stand, looking down upon Hikashi.
"Oh my goodness I remember this piece of garbage causing rain everywhere she goes. Your like the cancer patient of Kumogakure right?"
Well this was unexpected for her. She gave a blank stare to them and looked completely unsatisfied by their stupid jokes. Ready to teach them a lesson, she stared aimlessly into the eyes of the one who made fun of her. Easing up the guy slapped the table and smiled.
"Well then, how about you give me ten kunai and a golden katana. Here is my authorization."
He put up his palm and laughed with his buddies as a ticket was pressed down into the table. Hikashi took the ticket and read it for a moment before handing him what he asked for. Curious to make the most of her annoying job, she began to speak.
"What kind of abilities and strengths do you guys all possess? I mean we are all fellow ninja here and some weak little cancer patient won't be able to harm you."
Sarcastically she said all of this and smiled smugly. Rising up to the challenge, the man who just taunted her tore off his cheap shirt and took off everything but his pants. Flexing, he revealed an amazing, muscular body that looked well capable of kicking through iron.
"I am a taijutsu user without any of those stupid clans every seems to belong to today. If your frail little body ever got into a fight with me, make sure you write you wills first."
Hikashi chuckled at his enthusiasm before the others took of their clothing except for two. Each one claimed to be body builders who work together to punch through peoples faces and Hikashi could only wonder if these guys were half as strong as Ashur is. The last two came forwards, one with black clothing and the other in white clothing. Both appreciating a display of power, they pulled out their weapons. The one in the black clothing had various gadgets and hardened kunai to infiltrate and clear the way for the big guns and the other one didn't say very much except for his ability to enhance his body with wind jutsu. The squad made sense to Hikashi as she thought about it critically. One of them sneaks in and makes sure to do whatever the others can't in terms of ranged enemies and stealth, the white swordsman probably takes care of sneaky weaponry users or long ranged ninja while the others serve probably as a distraction, brute force, and probably to out number and work together against enemies. The team seemed solid to her, but yet she wondered how effective they exactly were. The world was unforgiving to close ranged ninja and even ones who tried their hardest to be stealthy. Thanking them and handing out more weapons she felt secretly jealous of the team she just met. Feeling her jealousy trigger her chakra network to run slightly faster, she panted a little. For around three days now all she felt was the feelings as if she was about to go through a "change," but it never went away or caused a big storm like the others. Her body ached all over to just drown herself in water to end these sudden increases in her chakra network. The rain she caused and the jutsu she used made her feel like she was going to either die or become stronger than ever imaginable. Her grasp on water techniques was better than even water element teachers around the village, but it all felt like it was picking up too fast. Watching as a line begin to form in front of the stand, she got to her feet and tried to control her collapsing or strengthening chakra network. Every second felt like it was counting down to something bigger than her and it was more scary than anything else she had encountered before. With skill and precision, she moved around and took orders like an expert waitress. Kunai here, shuriken there, all of it felt so easy but she still felt increasingly out of control of her chakra. Expanding but not shrinking, was it going to blow her up eventually? She had drank three pitchers of water before she came and still felt like she had been camping in a desert with nothing but salty food. Her chakra was racing twice as fast as it was yesterday, but she couldn't understand if that was just her mind playing tricks on her. Flowing like waves through her body, the chakra rushed and clashed against her sense of security. With more ninja of all different cultures and appearances waiting for her, she felt like she was going to just run out. Three more minutes was all it was, three more minutes until she could escape and try to settle down. Grabbing a case of senbon and wire, she handed them to the group as they asked for and wished them good luck. Missions annoyed Hikashi, but so did the fact that this was all Ashur's doing. Feeling over burdened, she counted the last minutes of her mission before closing up shop. Sure she regretted not talking to more people about where they were going, but she was happy to just be gone from that hell hole. With a smile on her face, she turned in the mission quickly and then continued towards home.

Re: Meeting Some Jerks [p/mission]