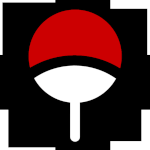 It was a cool, damp morning in the village. It was still early and the sun hadn't quite risen yet. Spite was already out of bed and had begun his morning routine. He began every morning with one hundred push-ups, one hundred sit-ups, and then finally ending his training with a five mile run through the village. He liked getting up extra early in the morning because it was more quiet and he could focus on his training in peace. Plus it was still dark out so he could adjust his eyes to the shroud of darkness, and with the added bonus of getting to see the sunrise at dawn. In a sense it made him feel alive, and gave his life meaning. Dawn was Spite's favorite time of the day, he enjoyed seeing the dimly lit village just before the sun rose.

Spite began to stretch, limbering up his body to begin his daily training. He needed to push himself as much as he could, the Genin Exams were coming up and Spite wanted to pass them with flying colors. He reached down and touched his toes, then sat down reaching for each foot again, one at a time. Spite then rolled backwards then pushing himself back into his standing position. He took a deep breath in and shifted his position so that he was parallel with his bedroom floor. He pushed his body up and down quietly muttering to himself as he began to do his push-ups. "One, two, three, four,..." Spite said to himself as he put all of his body weight into it. He didn't weigh a whole lot so there was little resistance, but he could still feel himself getting stronger. He continued pushing his body up and down, at around twenty-five push-ups Spite put one arm behind his back. He struggled a bit with this at first but he put the pain out of his mind and continued to push himself. "Forty-five, forty-six, forty-seven, forty-eight, forty-nine, fifty,..." he quietly said. At the fifty mark, he put his other arm on the ground, then put the arm he had been using behind his back. Spite's long dark hair fell into his face as he was working out, he had forgotten to tie it up. His hair stuck to his face because he was sweating profusely. "Ninety-five, ninety-six, ninety-seven, ninety-eight, ninety-nine, one hundred." Spite said as he stood up letting out a deep breath.

The sun was starting to rise as Spite placed weights on his ankles. He used them to hold himself down as he did his sit-ups. He would do a set of fifty now then a second set using a different method. The weights had hooks on the backs of them for his second set of fifty sit ups. Spite put his hands behind his head then used his abdominal muscles to pull himself up to his knees, touching them with his elbows. "One, two, three,..." Spite could already feel the burn. He didn't enjoy sit-ups as much as push-ups, but he needed the training now more than ever. Sure there had been times that he wanted to give up but the thought of failure pushed him mentally to succeed. "Forty-six, forty-seven, forty-eight, forty-nine, fifty," he whispered to himself as he lifted his body up and walked towards a bar set up just by his door frame. Spite grabbed onto the bar lifting his legs so that he could clip the hooks on the back of the weights to the bar. He let his body go limp, once again placing his arms behind his head. He pulled himself up, the resistance was more intense this time as gravity took its toll. He could feel the blood rushing to his head, as the veins popped out. His muscles were on fire as he continued to pull himself up, bring literal meaning to "feeling the burn." "Ninety-four, ninety-five, ninety-six, ninety-seven, ninety-eight, ninety-nine, one hundred." Spite pulled himself off of the bar and regained his balance back onto his feet. He felt the blood rush back through his body. The sun had began to rise, and Spite was on his last part of his physical training. All that was left was to run the five miles outside of the village. He took the weights off and replaced them with heavy weights to improve his overall speed. Then he quietly walked out of his home as to not disturb his parents. Spite walked towards the village gates, deciding to take his run through the forests of Konoha.