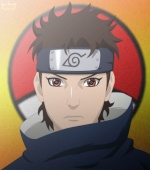 Ryugia was astounded. It was apparent on his face as he looked at Hikari. She was super excited, but he was awestruck. He had forgotten the emotions that came from training with a partner. The excitement, joy, pride. For one's self, but most importantly for each other.

"Hikari.... That was...Amazing! I can't believe you made six fire balls!" For some reason his emotional blinds had come down. He usually kept himself very reserved. It was strange to just let go, and feel everything. To not hide anything from another's eyes. It was like lifting a weight on his shoulders. To truly let someone else see you for you.. it is an amazing feeling. He was smiling ear to ear. "The control will come with focus, and practice. You just need to fully envision the flames splitting and finding your desired mark. From what you have demonstrated, you have a large chakra reserve, now you just need to practice chakra control exercises. Those will build up your overall precision when executing jutsu."

He paused. They were both gifted shinobi. The one thing he had learned though he felt he needed to pass on.

"Hikari. You and I are honestly both exceptionally gifted prodigies. Normal shinnobi don't pick up a jutsu, or at least ones like this so quickly. We don't always have to struggle and fail, before getting it right. So something we both need to always remember is that no matter how many times you fall, you have a choice to get back up again. Just because times are ruff((Pun intended. Mostly inside joke. I've been obsessing over something for a few days now, that was totally adorable.)), doesn't mean we get to give up. Never just roll over and except your fate. Nothing is set in stone. We decide were our destiny leads, so always take control, and forge your own path through the darkness, until you see the light on the other side."

Ryugia waited to see the effect of his words. Perhaps he had gone a tad overboard with the destiny stuff, and darkness. He probably sounded crazy right now. He internally began to sweat buckets. Hopefully she wouldn't leave and mark him as a weirdo.

"Ok so perhaps that was a little too deep, and meaningful." He had probably just ruined his chance to make a new friend.

"Man! why am I so stupid! Stupid Ryu! Stupid! Why do you always have to get all serious and weird.
I swear it's  my Uchiha blood. Serious runs in my veins. Why couldn't I have been an Inuzuka. Their fun. They are practically bouncing of the walls. Or a Nara. Their so chilled out. Great I am talking to myself in my head. Conscience... Please kill me...Kill me now before I face full on friendship rejection." This went on in his head until Hikari spoke up.

It made Hikari happy, a blush a very light pink, at Ryugia's praise and excitement. No one had ever reacted as enthusiastically as he had to her basically mastering a jutsu. She was shocked to see him grinning from ear to ear, as he had at first come off as someone who hid theirselves and emotions from others. Then he started speaking to her about how to perfect the jutsu by managing her chakra control, which she really needed help with sometimes. She made a mental note to remember what he said, so she could train it when she needed to.

He briefly paused, and she thought he was done or taking a breath, but then he started again, his deep voice filling the quietness around them. She nodded slightly with him, believing all the points he had said. Hikari has never thought of herself as gifted, yet so many people were telling her that she was gifted. "Oh I agree one hundred percent! We can decide what our "fate" and "destiny" are, I witnessed that second handedly.

As she replied, she could see tiny sweat drops falling down his face, a sign he was nervous.  "No, that was not too deep, I rathered enjoyed it!" She truly had not been bothered by the words he had spoken, and she did want to still be his friend.

Ryugia became visibly more relaxed. He was not one to get emotional, in fact he was for the most part very level headed. "Well that's a relief. I don't want to sound condescending or something. Any way. We have done a lot of training, and I would say have mastered, or nearly mastered Phoenix flower. We can either move onto Dragon Flame, or quit for the day, and... maybe... go grab something to eat? It's completely up to you." Ryugia said as he turned his head, blushing a little. He was not very good at this. "Or you know... I'm sure you're tired, and I wouldn't blame you if you wanted to just go home and rest."

Man he was not smooth at all, this is like the opposite of smooth. Ryugia had enjoyed his training a lot today, and was totally up for more, but a break for lunch wouldn't be a problem. they needed to replenish their chakra. after all those phoenix flowers, he knew he was getting low.

"We could go to a restaurant in town, or we could go back to my place. It's an estate in the Uchiha district. My mom usually makes lunch around this time, and I'm sure she wouldn't mind you joining us."

((Sooooo, just leaving some options open, so you can decide where we go from here. I am fine with starting on dragon flame now, or doing some character development then coming back to it, or if you don't feel like continuing we can stop for now, exit, and pick up dragon flame later. I am fine with whatever you want to do.))

Ryugia listed the things they could do next: train more, quit for the day, or grab some lunch. She thought it was cute how his cheeks turned red at asking if she wanted to grab lunch with him. Aww I think it's adorbe when guys blush! They are all shy and cute! Hehe. She wondered what he wanted to do, but he said he was fine with whatever she chose so she did not give it another thought. Ryugia continued speaking, saying that if she wanted lunch they could go to a resturant or go ti the Uchiha district.

With wide eyes and a grinning smile, she excitedly replied, "We could always go to lunch and then come back and train, so we will be energized and replenished! Uhm...could I take you up on your offer to have lunch at your house? I've never seen the Uchiha district, so it could be fun! If that is okay with you of course!" She hoped he let her go with him to his house, she had always wondered what the Uchiha district looked liked and if it was similar to the Hyuuga district.

"Alright why don't we head to the Uchiha district. I haven't the slightest clue what is being made for lunch, but it's usually always good. Got any favorite foods?" Ryugia began walking, following his usual route to and from the training field. It was nearly a straight shot to the Uchiha district. He motioned for her to follow. "When we get there don't mind my to younger brothers, the oldest of them can be a bit over the top, but the younger is fairly laid back, infact I would often say he is more mature than his brother who is 2 years his senior. Just keep on your toes.... well you'll see when we get there. I won't let them scare you off.

She lightly laughed as he said he had no clue what was being made, as it was fine to her. She was no picky eater and enjoyed most foods. "I can't say what is my favorite, I like a lot of food haha. Do you have any favorite foods?" Her cheeks dusted with pink at her statement, not realizing until now how much of a foodie she was and how embarrassing it could sound. Hikari followed Ryugia as they headed to his house. She was excited and nervous all at the same time, her mixed feelings tumbling around inside her. Hopefully I make good impressions on the Uchiha's, I don't want to disgrace my family in their eyes in anyway. But I bet with Ryugia by my side I'll be fine!


It was comical to hear Ryugia warn her of his two siblings, and it was new to her. She never had siblings so hearing Ryugia talk about his own was interesting and refreshing, in a way. "I bet they won't be that bad! But I'll stil be careful, since you said so. Haha siblings won't easily be able to scare me away, I'm a tough Hyuuga after all." To add to her joke she smiled and pretended to flex her arms in a tough person way, showing off the muscles she did not really have.

((Going to post my exit for this topic, since it's been months.))

"Ah! I completely forgot! The hospital needs me for an event! I'm so sorry, Ryugia! Please forgive me!" Hikari, eyes widened and an apologetic look on her face, frantically recalled that she had an event at the hospital that she needed to attend. She felt terrible for having to leave Ryugia, but her obligations to the hospital came first. She was a medical nin, after all, so ditching important events was a big "no-no". She hoped Ryugia would understand, and that she could visit him at the Uchiha compound another time. He was a new friend, and she always liked to see her friends as much as possible.

Without waiting for a response, she dashed off towards Konoha Hospital, hoping she wouldn't be too late and get scolded by the head nurse.