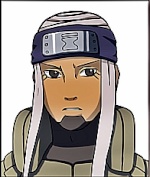 "Holy falafel, is it raining out there?" said a visibly excited Soyokaze while he looked out of his bedroom window as the grey cloudy sky loomed over the Village Hidden in the Sand. His smile quickly changed into a deep set frown when he remembered that.. ."Today I have to go and train my Air Bullet jutsu!" Kaze scowled at the dreary weather as if somehow his disapproval could change the fact that rain was indeed falling down from the sky today, and not some other day when he could enjoy it.

Soyo took a glance at the one raincoat that his family owned (which was understandably underused), and decided that he would rather at least feel the rain on his skin if he wasn't gonna get to truly enjoy the rain day. He headed downstairs to find his younger sister simply wasting the rainy day by playing on her game system on the TV. "Katsumi, tell mom and dad that I'm going training, OK?" The small grey eyed girl made a strange sound in response, which Soyo took as an acceptance, but just as her brother was about to step outside in the downpour she yelled out a goodbye. "Don't get sick out there!" she called out behind him. Kaze turned back once to smile at his sister's sweet remark and walked out of the door, closing it carefully behind him.

Soyokaze was getting reeeeal sick of this training ground. Ever since his promotion to Genin, he had spent all of his time here, trying to learn stronger and stronger jutsus to improve his body and his ninjutsu. The world out there was dangerous and unforgiving, and he had heard stories of ninja with ungodly strength, using jutsu that could level whole villages. If Soyo didn't train like a demon, he wouldn't be able to protect himself, let alone his Hidden Village. His stomach growled loudly. It seemed like his body had different plans for him. "I'm gonna have to go and take some actual missions soon, cause I'm flat broke and almost out of pickled apricots (which had been his primary food stuff for the past few days)!" he thought to himself. He had spent his promotion money entirely on ninja tools, and while he didn't consider it a bad use of the money, you couldn't eat your kunai. Kaze was also woefully low on sleep, as he'd been spending all of his spare time split between sharpening his new jutsus and reading about the mountains of Kumogakure and the woodlands of Konohagakure He'd suck it up for now, though. Soyo was doing all the reading mostly because he was planning to take a short training trip to some other Ninja Village when he felt he was strong enough. He had heard of many masters of note in Kumo and Konoha, and Soyo felt like trying to get some of them to teach him some jutsu. Kaze wasn't a fool, he knew that the chances of some random Suna-nin fresh out of the academy to attract the attention of an illustrious ninja were slim to none these days He also knew that since attacks by missing-ninja were on the rise, he could be treated with mistrust and such. However, Soyo knew *he* was a quick learner, and not every genin could use the jutsu that he had just acquired, but he would need a lot more to convince any powerful ninja to aid him in his quest to become Suna's strongest ninja and assume the mantle of the Kazekage. For now though, he was gonna start by training jutsu after jutsu until he became a Wind Style master like his parents.

The next jutsu he wanted to cross of his to do list was the Air Bullets jutsu. Fortunately, he had seen Tengri, a Suna-jounin demonstrate this jutsu with his own eyes, so he ha a pretty good idea of what was supposed to happen. The ninja would shoot four bullets of air at the enemy-nin or other intended target at blinding speed. Not only are they fast though, the bullets also have great power, enough to take out larger groups of enemy ninja and such. It seemed like he needed to find some enemy ninja.

"Thanks for helping me out again, Haruki. I'll make sure to get you some ice cream after training!" He had enlisted the aid of his young friend, 12 year old Haruki Chikamatsu, who was at the top of her class in Suna's Ninja Academy and wanted to become the greatest Puppet-ninja ever, even greater than her clan's legendary founder. She idolized the genin ever since he had saved her from bullies in a street way.  "You're welcome, Soyokaze-senpai!" she chirped. "You can always count on me to help you! Now enough talking, let's fight!", Haruki said before forming a hand seal and yelling "Kage Bunshin!" He was suddenly faced by 5 separate Harukis, all with kunai and maniacal 12 year old grins. Soyo jumped toward the nearest clone while beginning to weave the Bird hand sign. As he neared the clone, he finished his hand signs, and four small blobs of rotating air floated next to him, and floated along side of him. Soyokaze quickly pushed forward with his right hand, and the globs, now formed into bullets, shot forward, speeding through the air. The clone quickly jumped to her left, dodging the bullet and nicking Soyo with her kunai. He quickly formed the hand signs again, and dashed in closer to the clone. Four more globs of air floated up, and then shot forward, forming into bullets once more. These bullets met their target. All four of the bullets drilled into the clone's chest, making it disperse into smoke.

Soyo skidded to a halt, and turned to the next clone, who was now running toward him. He quickly formed the needed hand sign, and four more air bullets were slowly shaped into bullets. The four bullets were quickly sent flying toward the clone. The clone Haruki smiled, and jumped into the air, dodging the bullets. "Bad idea, little Chikamatsu!", shouted Soyokaze as he quickly formed the hand signs for the jutsu once more. Four more bullets whipped upwards. The bullets quickly zoomed upward toward the clone, attempting to tear into her. The clone did a number of turns and flips in the air, managing to dodge all of the air bullets. Soyokaze smiled and said "Nicely done!" (to which all the Haruki clones beamed back a missing-toothed grin), and began forming hand signs once more, just as the clone landed on the ground. Four more air bullets were lifted from the ground, and sent flying toward the clone, just as the clone was getting to it's feet. The bullets hit this time, and the clone was quickly sent to Smokeville.

Soyo turned to the next clone, and immediately took off in a sprint. He formed hand signs as he went, but made sure that the bullets didn't launch from the ground just yet. The clone quickly dashed to the left, attempting to move away from him. Kaze quickly rotated on his heel, and caught back on track with the clone. He was in range now. The air bullets bolted from the ground just in front of Soyo, flying through the air toward the clone. The clone attempted a flip dodge, but all four bullets caught the clone in the back, bringing down to the ground, and then making it poof.

Soyo quickly turned around, and adjusted his course, running toward the real Haruki, and at the same time forming the hand signs for his jutsu. The clone quickly took off running, fearing for it's life. Soyokaze stopped weaving the hand sign and put out his hands around the girl. He picked her up and gave her a big hug. "You did great out there, kid!", Soyo said. "You too, Soyokaze! You HAVE to show me how to do that one day!" "Sure thing, Haruki. Now, how about that ice cream?"
WC: 1319
Claimed: +6 stat points and Wind Style: Air Bullet

Approved but please note that you need 25 chakra to learn this tech so at least 5 of these stats have to go there. Also, please link your stat page in your signature and keep it updated as that's the first thing we check when approving things. Thank you. <3