Two kids had fallen off the mission, an automatic failure in his eyes and something he didn't see as ninja material. The other two though had continued to come after him, the female still chasing the wolf as he slid to a stop and looked at her. A wolfish grin appeared on his face as he shook his head," Quite some team you are leading now...two have already failed and your other is simply sitting about...what do you have planned...," it was as if the challenge that the Anbu female gave him made him laugh as he leaned down and took off after her, his eyes extending forward as he saw the other ninja sitting about and another source.

He didn't know what had been going on but as he continued to follow Akihana he felt as if he was getting into a trap. Luckily his mist would continue to flow onto the area as he finally came within reach of her trap, its body falling into the hole but not before being burned and catchin its footing. The wolf itself would swiftly jump out of the hole, landing in an area near Aki and placing its back to her before turning back into its normal form under the veil of the mist. As the veil had finally lifted another wolf that had looked much like the one they were chasing would be near the male as he spoke," C'mon Aki you can't be hurting my pack like that...Although i'll admit that you did something you didn't do the last time in this particular mission...You are getting to be quite the trapmaster," chuckling he would pet the wolf which would go about its own things and leave the area.

Looking back to the two near him he would shrug and rub his head," well you somewhat caught the wolf...While i was hoping it would be the full team, it seems like only one of them had the resolve to go through it all. So Aki if you would go and retrieve the other one and escort Odin home, I'd like for the other to be sent to the hospital...i dont need a unresponsive "issue" to go off in the village," she would know what he had meant and before he had forgotten he would hold up a finger," Make sure you also finish the paperwork for that one to become a Chuunin," pointing towards the child in the tree he would simply walk off and go back to his office.

With the Raikage now on her tail as she ran, the blonde couldn't keep a grin off her face. Taking new ninja out on missions was fun but this, running freely at full speed while being chased by a target that could very well tear her throat out if he desired... Akihana wondered if that was what thrill felt like. It wasn't something she had experienced before, at least not in the way she experienced it now as her nimble feet flew above the ground, keeping ahead of the mist that followed, golden eyes out for the traps laid ahead.

Hanbei had outdone himself, the kunoichi nodded as the wolf walked seamlessly into a hole the young genin had likely dug up, probably with the help of a clear clone sitting in plain view. Even the genin's chakra signature was lower which meant he hadn't been idle but practicing ways to suppress his chakra.

As Yaju turned back into himself, both congratulatory and giving instructions in a manner that was all too familiar the blonde stood to attention. She understood what he meant perfectly and though this was Hanbei's victory more than anyone else's, the medic understood the need for containment first and foremost.

"Will do," the young woman answered quickly an then watched him disappear, probably back to the office. Once the Raikage had left, Akihana turned to the tree where Hanbei was still well hidden. "You can come down now, and give me a high five," she smiled, waiting for the newly minted chunin to climb down. "Well done on the traps, and the clone decoy."

Once the duo had exchanged congratulations on the success of the mission, Akihana looked down at the boy who, despite his failing health, had proven himself today to be a shinobi Kumo could be proud of one day.

"I've got one last mission for you," she laughed, squeezing his shoulder softly. "See if you can find Odin and check if he's okay, I'll go retrieve Ran." With that, the kunoichi said her farewells and again asked that Hanbei feel free to drop by her house any day for a meal or baked goods.

After that, the blonde began the more serious business of tracking down the jinchuriki, and upon finding him, carried out her instructions to the dot.

Also, this is kind of my fifth mission towards master rank… So would it be possible to have that too? 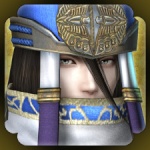 With that, Hanbei had passed his test. He felt guilty that the others didn't pass as he did, of course. He frowned and nodded as the 'wolf' left the scene. He gave a smile to Akihana, happy to have passed at least. In all honestly, the magic traps had belonged to Akihina, and he had just hidden them in a sea of his own traps. He had hoped to soon learn some jutsu. He didn't want to be 'that' ninja who only used traps and tools; a novice. He wanted to become powerful and deadly. If anything, he wanted to cast aside most weaponry for pure jutsu.

"For Odin? Shouldn't he have been following Ran?" He tilted his head in confusion before giving up. He nodded to Akihina as she gave him a small mission. When she vanished from sight, he gave a short sigh and looked at his clone, which in turn looked back, "Don't suppose I can get you to go look?" The clone simply glared at him before disappearing in a cloud of smoke. "Figures..." he gave a long, well-deserved stretch before dropping to the ground, landing safely on his feet. "Looks like I'm a chunin now.." he cracked a small smile, "I'll have to rejoice later. Gotta find my comrad~" He took the time to use the teleportation method that Akihana had taught him, vanishing from his very position to go look for Odin.