Everyone Meet the Second Raikage?!(KUMO Nin Only) 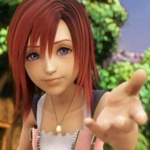 Angel was about to acknowledge the Kage's question asking her for her name as she straightened her shoulders and stood up a bit straighter due to his wardrobe change. It was angel's opinion that people dressed as formal as they wanted to be treated if they had the choice. The regal armor summoned forth from the Raikage that appeared on him announced a very high level of demanded respect. Angel opened her mouth to formally introduce her self but was stopped by a young man who stepped up and began introducing himself and greeting those in the half circle that they had formed. Angel waited as he went from person to person then bowing to the Raikage. Angel knew a guy who hated that kind of stuff. She was curious where he was these days. She was pretty sure that the raikage hadn't killed him but that was something she would have to talk to Yaju about. She was pretty sure he would know whether or not he had been killed.


When the young man had introduced himself, another one of the group spoke up. Angel waited patiently as she had the temprament of a wise old lady. He introduced himself to the other boy. Angel now hearing the name a second time seemed to recognize it but the boy did not seem familiar. Angel shrugged and took her turn. “My name is Angel Aburame. I am a Jounin of the village, and a student of Yaju's.” Angel said giving Raikage Kurisu a smirk as if to say, “That's why I knew,” and “I don't blame you at all.” “ am also a friend of your Daughter's....sorta. At least as any Jounin would be. However I am just returning from being away for a long time. It came as a surprise to hear Yaju was Kage. I left when Misaki-sama was still in office. Are you away of what has happened? As Raikage I suppose you are the official person I should ask, if the information is public that is.” Angel stood at attention waiting for any answers before asking more questions.

"To make things a little more clear, though we don't seem to keep track of history well, I am the Second Raikage, Kurisu Ametsuchi the father of the Third Raikage Misaki Ametsuchi. Been quite a long time since I've been back around in the village."

Wow, just....she really needed some history brush up. She didn't even know a fellow former Kage? That just really sucked. Kinda like most things in her life.

It would be around this time that Elandreh would come trolling in like a little shy 5 year old.

Man, grow a spine! Nevermind that the people present were all either Jounin, ANBU, Kage or Jinchuriki but you gotta keep your head high! Either way, she would still greet him.

"Well hello Elandreh, its good to see you. How have you been?"

And then Mr.Red spoke, oh joy, quoting and stuff. Whoopeee!

Pleased to meet you as well, My name is Fenikkusu, but everyone likes to call me Fen"

Fenn huh? Rhymes with Fan? Oh well, she had a name and she could now file it away in her mental archives for later.

“My name is Angel Aburame. I am a Jounin of the village, and a student of Yaju's.”

Wait....did she just say Aburame! Alaram bells went off in her head and she quickly put down the girls face and committed her speech to memory. A member of the famed bug users, student of Yaju, friend of some person named Misaki who was likely the 3rd Raikage. Well....now it was getting real awkward. Perhaps it was time to go already? It was getting rather crowded after all.

"Well while it was nice meeting you Raikage-Sama, I unfortunately have some important things to do. So with your permission, I shall take my leave."

Oh how she hated being all subservient and shit, but she had to play along. The seals in her armor would activate with a burst of chakra and she would fly off into the distance towards some generic location.

total of 1344 going towards fuinjutsu spec

(exit cause topic slots are love and life, which I require)

[Really sorry for the super lateness of this post and the fact I'm doing a lazy post ._. been a long last couple of weeks, gonna go ahead and exit/end this topic so its not holding up anyone or anything.]


He acknowledged the introductions, the dense kid Kyojin, Ehlandreh the strange one who thought bowing to him was a good idea, his ANBU Fen, his Daughter's friend and Yaju's student Angel, and then the Second Amekage Aiko. "Go ahead and go" he said to Aiko, having no problem with her dealing with other matters.

As for the others, he nearly wanted to behead Ehlandreh for bowing but considering its a general act of respect and the fact he needed to set a good example meant that he let the kid live. He would only nod to Fen as to not just out him as ANBU by saying anything stupid while he simply overlooked Kyojin for the time being.

"My daughter's friend?" he questioned aloud to Angel, not intending for an answer. "We'll have to talk later, been a while since I saw Misaki." the words made him feel a pain he hadn't felt in a long time, feeling terrible about not being there for his daughter more. "I'll let you all get back to things, I've got some things to handle as well." He said as he left the area.