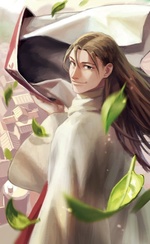 Now that I've finally become a Genin I'm going to have to start learning higher rank jutsu to accomplish my missions. I've always been partial to the hidden mist jutsu, maybe I should start with that. Lets see....how do I begin? I guess I should channel my chakra and try to form some kind of mist first. Ok here goes nothing. Start off by channeling my chakra. Now time to form the sign. Tiger. I felt the chakra flowing toward my mouth and I opened it. For a second I thought at least SOMETHING would happen. Sadly all that came out of my mouth was a small puff of mist that dissipated almost immediately.
"Shit. That didn't exactly go the way I planned it. I guess this is going to be a little harder than I thought. Ok, again." Jason kept at it for hours without much progress. The most he had managed to do was about ten feet of mist and not for very long. He was getting pretty tired and started doubting himself. Jason realized he needed to take a break before he continued or else he would never make any progress. 'Time to take a nap. I'll pick this up when i wake up'. With that he sat against a tree and fell fast asleep..
WC: 219

Jason woke up with renewed vigor, determined to master the hidden mist technique. He knew he could do better than that pathetic example of mist he had made earlier. He would continue training until he completely mastered this jutsu. He stood up from where he had taken his nap, brushing dirt and dust off his clothes. He made his way to the center of the training field and stopped, closing his eyes and taking a deep breath. He would focus everything on becoming stronger. Gathering up his chakra Jason began the hidden mist jutsu again. Tiger. For a second nothing happened, and then a very thin mist started expelling from Jason's mouth. It was a decent amount of mist, able to cover three quarters of the training field. However the mist was so thin it would be more of an annoyance than a hindrance. It looked as if looking through a cloudy window. Still, it was definitely progress.
Now that he had finally managed to create mist Jason was eager to try manipulating the thickness of it. It was already pretty thin so lets try making it gradually thicken. 'I only put some chakra into it so maybe if I umm put more chakra or ummm yea I'll do that.' Not really knowing exactly how to do it, Jason amplified his chakra at a slow rate, infusing it within the mist. He seemed to have good instincts, making him very adept at overcoming any situation. He hadn't calculated the correct ratio or anything strategic. Yet he was manipulating the mist perfectly. Changing the thickness to exactly what he wanted. Smiling, he released the justu. The mist he was controlling with ease now dissipated.
*Grumble grumble*
"Haha haha! I guess I was training so long I forgot to eat. Hmmm what did I bring with me for lunch?" Jason dug out some rice balls and sat down to eat. Relishing in the knowledge he could now perform the hidden mist technique. Of course he could still use some training with it, but he decided he'd worry about that later. Right now he had some delicious rice balls to eat.
WC: 307

After he finished eating Jason decided to get back to work on training his hidden mist jutsu. He had an idea about training to use it in battle situations. Jason had just mastered using Shadow Clones so he thought it might be productive to use them in this training as well. He got rid of his trash and headed to a secluded part of the training grounds so that he didn't have to worry about disturbing or accidentally hitting anyone else while he trained. The last thing he needed was a stray kunai hitting someone or something. While walking over to the area he had in mind, Jason mentally went over how he would use his shadow clones and the hidden mist in conjunction with each other. He was sure there could be multiple uses for this. He settled on creating a thick mist and then creating two clones. The object of this training exercise was for the clones to hide and avoid being caught while Jason  used his ninja abilities to search them out and capture them. Essentially they would be playing hide and seek. Sure if you say you're playing hide and seek it sounds a bit childish but honestly it was a good training strategy. Ok.

Clone Seal. "Shadow Clone Jutsu!" There was a puff of smoke and then two shadow clones of Jason were standing there. "Ok guys listen up. The object of this training is search and capture. You two will be hiding somewhere trying to avoid detection by me. I will be trying to find and capture one or both of you. The catch is I will use the hidden mist jutsu before we start to make it more interesting. Alright I'll perform the jutsu." Tiger. "Hidden mist jutsu!" A dense fog immediately appeared, rendering Jason and his clones unable to see one another. "You have thirty seconds to hide before I try to find you. Begin!"
Jason heard his clones dash off in two different directions. He counted to thirty and then decided to go after the one closest to him. He turned in the direction he believed the clone went and started after it. He moved quickly but still took his time not to run into anything and listen to his surroundings. After thirty minutes of searching Jason decided it was probably better for him to search as an animal that doesn't rely on sight. Dog-Boar-Ram. 'Transformation jutsu!' Jason quickly turned himself into a bat to use his echo location to help him search. It was a great plan. He flew around for roughly ten minutes sending sound signals in different directions trying to locate his clones before he got something. One of his clones was twenty feet away from him on his left up in a tree. Jason flew straight toward the clone. At the last second he released the transformation and pummeled right into it, grabbing his arms and forcing him out of the tree and onto the ground.
"Mission complete" he said and he released the hidden mist jutsu. The second clone appeared from the trees just moments after the jutsu was released. Jason got off the clone and helped him to his feet. "Thanks for your help guys. I think we've had enough training for today though." Jason released the shadow clone jutsu and decided to head into the village for some ramen. It felt good mastering new jutsu but it made Jason hungry. Actually everything made Jason hungry. With that he headed out of the training grounds and straight for the ramen shop.
[exit]
WC: 596
WC1112/1000
claiming hidden mist jutsu and 10 stats 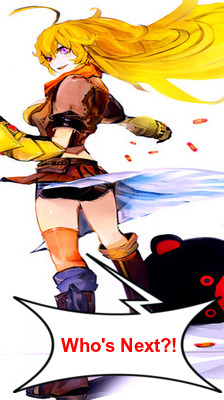