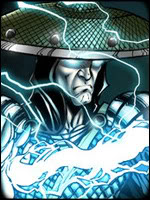 It seems the boy had over done it and fell asleep at the training field this wasn't the oddest place he had woken up but damn it was cold. Zach picked himself up off the ground as he stretched trying to make his body not so stiff after sleeping on the ground. Zach had looked around how odd it was the middle of the day and no one was at the training field. Zach shrugged as he started running laps around the training field doing 4 before he stopped extended his arms and dropped forward into the proper pushup position he cpunted aloud with each push up he did until he reached fifty before getting back up on his feet and brushing his feet as he went over and started punching a tree. "Maybe someone will show up" Zach's thoughts came out his mouth as he was growing bored of always being at the training field alone.

Kotonaru wandered through the village, ending up at the training grounds. He saw a figure in the distance and was glad the training grounds were not as deserted as they so often seemed to be now. Kotonaru worried what would become of the mighty village of Konoha if there were not more active ninjas training and rising through the ranks. Everywhere he stepped, the village seemed to be empty, the ninjas barely having time for training before disappearing into the night again.
Kotonaru was still working on a water clone jutsu that he had read up on in the library, he tried practicing it again, making it from a nearby puddle. Together with his clone, he approached the figure in the distance. Eventually he got tired and released the clone, letting it form a new puddle where it had stood. The figure in the distance turned out to be a ninja, and a familiar looking one at that. Kotonaru was pretty sure he recognized the kid from his short walk through the academy.
Kotonaru opened his mouth to speak when the other boy was 20 feet away. “Heya, haven’t seen you around for a while? How’ve you been? Zach right?”
Kotonaru hoped he did not misremember the other boy’s name, that would be disrespectful he figured.

The sound of a water clone being released made the boys ears twitch as he didn't turn to look to see who was at the training field just yet his eyes fixated on the tree he had been punching. "I'm still so weak." Zach ignored the feeling the fimilar feeling that he knew this person. Zach let out a sigh obvious he was getting frustrated as he let his body drop down to its knees before looking over at the person who was there after hearing them speak. This boy was fimilar looking he had met him before at the academy just briefly but Zach remembered him. "Hello Kotonaru." Zach's expression didn't change but his tone of voice told the story that he was lonely and growing frustrated. Zach ignored everything else that kotonaru had said.

Kotonaru was not surprised that the other boy did not notice much of what he said. Something similar had happened to Kotonaru with the other ninjas he had met recently. Everyone seemed to have something on their mind when he approached them. That was unfortunate, as people tended to learn faster when they communicated with each other. Sometimes though, Kotonaru wished he was a little more talkative and louder too. If he was louder then he could probably get people's attention better, it would be harder to ignore him. He thought he had seen a ninja practicing screeching like a bat the other day, that had been... weird to say the least. If that other guy was attempting to to unnerve other ninjas he was certainly succeeding.

He practiced the water clone jutsu thingy again, reforming from the same puddle. He started dodging its strikes out of the corner of his eye, using his peripheral vision. Meanwhile, he watched Zach, and was curious to see what he was up to.

"Are you stuck on something?" he eventually asked. Zach did not look happy in the least, quite different from the quiet kid he had seen in the Ninja Academy.

The noise of the water clone being made caught Zach's attention as he watched the boy dodging the clone like it was nothing as he got himself back up to his feet and his eyesight stayed on the boy hearing his question as he thought about how he could answer this for a moment. "I'm not stuck on anything particular." Zachs voice filled with frustration as he watched the other puddles that had been made from the first clone that kotonaru had released. Zach made two water clones as he felt the need to be superior as Zach's clones rushed him from both sides. Zach simply bent his knees and jumped over them watching as they crashed into each other. "What a waste." Zach let out a sigh as he looked to kotonaru "Wanna train with me?"

Kotonaru was surprised to see the other boy use the water element too. "I don't supposed you know any other water jutsu do you?" Kotonaru asked. "Sound's like you need to let off some steam, but sure, i'm game. How were you intending to train?" Sometimes real life was the source of a lot of annoyance, perhaps Zach had been in a bad relationship previously or something. In any case it was not Kotonaru's business so he would not pry.

Kotonaru made sure there was plenty of room before making a pair of water clones and making them fight each other for entertainment. He watced Zach for movement, curious what the other boy might have in mind. "If you want we could train jutsu together." He said.

Kotonaru was very, very surprised when Zach disappeared from view all of a sudden. Judging by his expression and his former concentration on whatever his jump was supposed to do, he had not been expecting this either. Kotonaru wondered what Zach Kaguya had been plotting, and whether he would ever see the other guy again. He wondered what had happened to the guy to make him disappear like that. Cautiously, he sniffed the air, perhaps he had been hiding. Nope, he was not apparently. Kotonaru searched the area for traces of Zach but there was nothing aside from the water clones that had formed into puddles when he had disappeared. It was almost as if he had been kidnapped by aliens. Very very very suspicious indeed. Kotonaru wondered what had truly happened to Zach Kaguya. He spoke loudly into the empty training grounds… “Come on Zach, I know you are hiding somewhere. Stop playing around and lets train. Come on….”
He was annoyed as he waited for quite some time without any sign of Zach. Eventually it occurred to him that perhaps he had not been imagining things, perhaps Zach had truly been kidnapped. But by whom? He had seen no traces of anyone else in the vicinity. Curious to see if anybody was hiding, Kotonaru activated his sharingan, all 3 tomoe of them. Curious, he scanned the training grounds, if there was nobody in the area he would be fine, if there were, well, a missing ninja abducted by aliens or whoever would be a far more pressing matter than the secret of his true clan being leaked. Hopefully of course, he would not have to worry about either for long but the chances were not high. He scanned the surrounding area, not seeing a single trace of Zach Kaguya anywhere, not his chakra, nor that of any others.
He seriously wondered what had happened, this was most unusual. He would have to ask around when he got back to the main village. For now he would practice one of his jutsu again. Forming the appropriate handsigns, Kotonaru formed a pair of water clones again. Curious to see what would happen, he tried to control both of them to fight each other. The end result was rather… interesting. He found that it required a sort of mental agility to be able to jump back and forth between the water clones. This was not too difficult to do when he was paying attention but it was still nto easy. Eventually Kotonaru had to stop because he was getting tired.
After a short breather, Kotonaru was curious to see the capabilities of the water clones. He released one of them, it dissipating into water. Then he handed the other one a rock because he was curious to see how far it might go if thrown. He then threw a similar size rock. It appeared the water clone was nowhere near as strong as Kotonaru. This was ok as he had been learning a pretty low level jutsu after all. Still, it helped a lot to understand the capabilities of his water clones. Curious to see if it was only the water clone’s strength that was lower than his, he raced the water clone around the training grounds once. Kotonaru was not fast but when he finished he was far ahead of the clone. Ok, this was a little annoying. Still, the clone might be able to block incoming attacks for him, used correctly.
He did not think the clone would be able to use jutsu so he would try that out another time. For now, he wanted to see how its endurance held up. He did some pushups and then had the clone do them. The clone slowed way down much before Kotonaru would have. It seemed everything about the clone was weaker. At least he knew the clone’s capabilities now. Kotonaru dissolved the clone and left to go ask around for clues on Zach’s disappearance.