Sora rubbed his eyes as he moved to the borders of the Lightning Country. He wore the same attire he had on since he left the hospital. The only difference was that a small blue bad could be seen on his back. It didn't appear to be overflowing, but it wasn't small either. He also had a pair of black fingerless gloves on both of his hands. His ninjato could be seen in plain sight on his right side. The boy shoved his hands into his pockets and observed the area around him. "Ne... I can tell this is going to be a long walk," he would've said to Kishin, "And just where is our destination anyway?" The boy was moving faster than he normally did since he wanted to get out of here fast. He didn't want to think about getting caught... but the only way for him to do that was to get out of the area as quickly as he could. That way he wouldn't be reminded about anything! That way he would be able to fly as free as a bird.

The child hummed a small tune as he moved forward. There was a small hop in his step, clearly showing how jumpy he felt. Sora could feel every twitch that his body made, on his fingers, his eyebrow, his lip, even his toes. Yes, his toes were twitching... that rarely happened and it scared him. 'Gah, I need to relax. I'm being way too obvious,' he thought to himself with a frown. Oh well, at least they were... what the hell? They were already farther away from the village than he expected? A few hours - or even minutes, give or take - and the lightning country would barely be in sight! "Wow... we moved pretty quickly," he stated out loud. 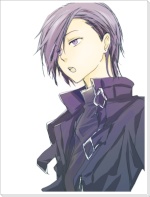 The body of Sankou would float above the ground as he smiled and looked at the sky while delving deeply into some pie he had snagged from a stand before leaving the village. From step one of rather floating point one the two of them would begin to walk from the gates of Kumo and to their newest destination which was only known to Sankou for the moment. His eyes continued to dive down into the pie as he continued to eat and devour the large pie with all of his might his face being stuffed into it and the sounds of pleasure and extacy would quickly surmise as he finally pulled his head out and finally looked over to Sora with a small smile, plenty of pie on his face as he shook it clean and grinned," That is some good fucking pie i got from your home man and even more so i cannot think of another place i could get more maybe when we get to our destination they will have some...oh i know they will," grinning he would chuckle and continue to float around.

When the question came up on where they were going he would smile and point in the direction of the village of origin," We are heading to the village of rain...Amegakure no Sato, and from there we shall head to a place where i am hoping to find someone that will take our proposal a bit seriously and then from there we shall make our marks," chuckling he would reach into his back pouch to touch the jagged metal that was once his head band and shook his head before looking forward with his crimson eyes," So what was your name by the way? Never told me or i just forgot hopefully its the latter so i don't feel like more of a unbalanced asshole," chuckling at his own jab at himself he would look over to the boy and await an answer.

Sora sweatdropped at the way Kishin had devoured his pie. Was he addicted to the stuff that much? He saw the man eat some at the hospital but... Jeez, this was just pushing it. Though, he never really did eat the pie that his village made. He should probably eat some in the next village that they go to. Who knows, he might even take a reccomendation from Kishin since the man seemed to love pie so much. The boy simply gave the man a nervous smile and a short nod as a response. He wouldn't bother using words since he didn't really know how else to reply at the moment. However, he did have a response to what Kishin said about their destination. The child tilted his head as he let to words register in his mind."Amegakure, huh? It rains there a lot, doesn't it?" He spoke, "And this proposal thing kind of interests me... But I guess I'll just get to find out later."

He was so into thinking about their trip that he almost missed the question that aimed towards him. Had he really not given Kishin his name yet? Well, that was majorly rude of him! "Ah! I forgot to tell you, please forgive me. My name is Sora Kayto," he spoke while jabbing a thumb at himself. He felt like that sounded a bit too boring... then again, unless you have a fancy enterance then introducing yourself is boring. The boy sent a glance back in the direction of the village, but didn't seem to even see it anymore. They had made it really far in only a short amount of time... Now, they just had to keep moving forward.

Sankou grinned for a moment as he thought of all of the things about Ame that he detested; his family, most of the people he called friends, and even more so the slobbish and lazy ninja of the village who thought they were something but then again that is why most of them are dead or wasting their lives away. Snapping out of his inner monolog he would turn to Sora and nod twice before speaking," It is always gloomy, raining, depressing all of those things in which no one person should endure for any length of time, but you know what this is only the beginning of our long and fun adventures and soon when we actually get to our haven we will have some fun," chuckling of course he would throw down the pan and continue forward.

When Sora had finally introduced himself he would smirk and finally give the boy a compliment which was weird for someone like him," Well then Sora let us go on and have some fun in our new home and if we can...we will make Amegakure ours with no hassles, there has been some rumors going around about it being in new management and if we can capitalize on this opportunity it shall be ours, now let us continue before the night falls," brimming with devious ideas and plans he would lead on with his new companion as the smell of rain became closer and closer to his nose and the familiarity that came with it was soon upon him.