I really need to do this more. 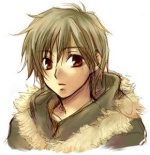 I really need to do this more.

Takeshi Kagaku had once again made his way to the training facility that lay on the outskirts of the Ninja Academy. He had been staying in his room for far too long, and he needed to get out and do something. Even if it was nothing more than him walking around a bit. He had been expecting to find himself alone again this day, but he was wrong. When he walked onto the loosely packed sand that served as the footing for the sparring ring, he found a rather odd sight. A figure wrapped in a billowing white garment was going through motions that resembled some sort of dance. The figure's motions were slow and excruciatingly meticulous in their form. A hand would make a slow arc through the air, paired with the lower body flowing through an exaggerated example of a step. He thought back on where he had heard of something like this before as he stared in amazement at the person's beautifully choreographed movements. Tai chi. That was what this exercise was called. It was made to relax one's body and center the mind. After a few more seconds of watching, Takeshi calmly walked to the person's side and began attempting to mimic the motions of his newfound partner. A flash of blue eyes came from inside a face mask that protected from the sand that was all too common here as he took position. With a small nod, the person continued as if he weren't there.

At first, Takeshi was awful at the exercise. He could tell by watching his silent companion that he was too tense and his movements too jerky. Where he was supposed to move his hands as if he were flowing through water, he looked as if he was trying to chop down a tree in slow motion. With time, however, his movements gained the fluidity that they meant to have. But something still wasn't right. He was able to copy the movements, but he still had thoughts, mostly mathematic equations and atomic structures, racing through his head. The whole point of Tai Chi was to find balance and ease of movement. So, with a low sigh, he began to fully concentrate on his body. The low strain of muscles in motion, the steady rhythm of his beating heart, the bright sun on his sensitive skin; all of these things came together to form a single sensation: Peace. His motions took on similar qualities of his companions', now that he had finally stopped thinking so much.

This wasn't exactly the motion grueling of exercises, so he decided he should add a little something extra to maybe get more out of what he was doing. With each intake of breath, he would draw in and distribute the chakra that coursed through his body. With each exhale, he would push it from him in a formless current. Each time he removed it from himself, the next intake would draw it back in again to be added to the next batch that he would pull from his core. Eventually, Takeshi formed a ball about the size of a soccer ball between his hands. It was invisible to the naked it, but he could feel it hovering between his hands. Now comes the hard part, at least for him. He had never really been able to control his chakra that much after it left him, but this new exercise was letting him center himself. Maybe he could use it to help him control his manipulation of chakra. Thinking this, he began moving the ball through the motions of his body, doing his best to keep it from touching him. This required him to expend even more chakra, but that was the whole point of his addition to the simple exercise. Pretty soon, it became like second nature to send the ball in lazy spirals around his limbs and torso as he moved, so he decided to up the difficulty once more. As the ball would move, he began reshaping it into different forms. First it was simple things, such as a thin cord that wound around him; but, as he continued, he found that he could form rough versions of kanji. Eventually he was spelling out entire sentences with his chakra as he added more and more of it to the amount that he was controlling.

He continued his new exercise until the sun went down. As he drew his chakra back into himself, he turned to his silent companion and gave a bow. This was a pleasant way to spend his time on the training field. He hoped he would see them again. So, with a contented smile and limber muscles, Takeshi worked his way off of the training field. As the sun beat a slow retreat below the horizon, he reflected on what he had done. It might not seem like much, but at least he had accomplished something today.

Re: I really need to do this more.