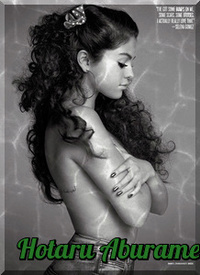 Hotaru had slept fairly well that night.  She had fallen asleep on the couch in Xuro's arms. Apparently he had covered her up because she woke up in his arms with a blanket aroubd her. Even though she hd on a shirt and shorts, it gets cold in her house at night.
Her cat Hazel was asleep on top of her, and the dog was  asleep on the floor next to the couch, it was a funny sight to see! Hotaru move silently as to not wake up Xuro. She got up and covered up Xuro as she got ready to go train.
After she was dressed, he walked to the couch and gently stroked Xuros cheek to wake him up.