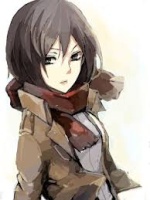 Personality: Liyra is very humble, and an incredibly sympathetic individual. She holds traditional Nord values such as family and honor in high regard, and is a devout Talos worshipper. As a healer, she is much more “Tactical” then most nord’s preferred style of charging in head on, in life and in combat. She has a burning desire to fight injustice wherever it may be. She prefers a more subtle approach, and generally likes to resolve problems peacefully. This does not mean one should consider her naïve or weak. Those who do find their last sight will be an axe across their face.

One-Handed: Axes primarily. She is remarkably skilled with them, capable of hooking swords with an axe and disarming her opponents almost effortlessly.

Block: To prevent any stray blows coming her way, thus making her role as a healer irrelevant, she carries a shield at all times.

Light Armor: (Generally a stormcloak set, but idk what time period you’re in)

Restoration: Liyra is a skilled healer, and can use her restoration magic for everything from wards to heal spells. She is so advanced that she can reattach limbs, cure blindness, and she is even capable, in some cases, of bringing someone back to life (Like a defibrillator)