Training with a "Friend" [P,Closed]

Training with a "Friend" [P,Closed]

It was a bright sunny day in Sunagakure like usual it was extremely hot. Being just about 11 am in the morning, the sun rising towards its peak. And Xuro, well he just woke up. He jumped out of bed and looked out his window. Today he was pretty tired and never got up early as usual. But he did still plan on doing some intense training today. He yawned as he lazily got ready for training.

Xuro showered, he got dressed into his usual familiar attire- his lightweight jounin attire and his brotherhood of light cloak. He would then stock up all his weapons by strapping on his ninja pouch and his eskrima sticks to his hip. He then grabbed something to eat and then headed outside.

As he walked down the streets of Sunagakure he wondered what training he would focus on today. "Hmm maybe I should practise my new mangekyou sharingan technique I awakened. The inextinguishable black flames. I haven't had much practise with it. Amaterasu is pretty cool but its very draining and blurs my eye after use. Hmm I'll just see maybe I'll do that training another time. Just as Xuro was thinking about what training he was going to do, the beast interrupted in once again, "So then you do training again boy?! that won't help you since you just pathetically hopeless! I've become weary of this host! Its driving me insane. I just wake up in the middle of nowhere and don't know what's going on when all of a sudden you start attacking me! I couldn't even enjoy what little bit of freedom I had before it was taken away from me. And now this new foolish host just keeps on stealing my power and use it for his own gain! I'm sick of it boy!"

"Yeah Yeah shut up! I've heard your pathetic lame story time and time again and its jus so boring! Why don't you shut up! You inside of me now and what I say goes. I will keep on stealing and using your power. Coz you are weak and I can take advantage of it and take your power. I've already unlocked this other bijuu form. But still I know its not fully mastered. The previous version I gained 6 tails this one here I'm still stuck with only a few tails and I haven't got all 6 tails yet. Hmmff I must try and get that. Yip i know what I'm going to do today... Wanna know what it is...?"

"Spare me the pathetic lecture. You going to try and steal more of my power.... Grrr..."

"Yip! You hit the nail right on the head..."
And in an instant burst of chakra, Xuro activated his version 2 Bijuu cloak right in the middle of the street. The dark red chakra consumed his whole outer body and formed 2 chakra tails behind Xuro.
It did bring up the attention of everyone near Xuro. They all looked at where the source of the intense chakra came from. But just in a blink of an eye, Xuro vanished before anymore could even notice his transformation.

His disappearance was instead the raw speed he used topped with the speed boost from the bijuu cloak, to jump to the nearest roof top and then blurred away towards the training grounds. Reaching the last roof top before the training grounds, Xuro leaped into the air going high above all the other ninja in the training grounds. They sensed the massive amount of chakra blurring past but couldn't really keep up with his speed. He headed to the far end of the training grounds right on the other side so he may train alone in peace. Plus the other ninja would probably freak out if they see him looking like this and finding out his a jinchuriki. This was a preset spot by Xuro. He had it specially made for his own private training from a while back. It had everything! Training dummies, target boards, trees to beat up and a whole lot more stuff to get ones training game on!


Xuro would land with a thud on the ground forming a small crater 3 meters around him. He looked around. This place was still just how he had left it when he last came to train here. It was a long time ago... Even like a month before he actually became a Jinchuriki.


"Hmmm... Place is just like how I left it! Let's get started then Rokubi!"
Xuro spat out 10 Blobs of Acid from his mouth. The blobs being nothing more than 1 foot big. He would then control the Blobs and sent them right into the training dummies. Each one make contact with the head of a different dummy corriding the head away. He then immediately made another 10 more blobs and sent them to attack the dummies in the chest. Now the dummies were all headless and had a big gap in their chest.

"Hmmfff! Puny human! is that the best you can use all my incredible power for?! Spitting out acid blobs and attack dummies?!"

"Hey Shut up! I was just busy testing it out! Jeez I hardly ever use it and I'm just seeing how your stupid disgusting acid works! Now let's see what I can really do with your power!"
Xuro then dashed at the half corroded dummies and scratched at each one using his animal like claws ripping one by one each dummy up. Once he had finished ripping 5 dummies to pieces he had only another 5 left.
Xuro would then try to see if there were any other tricks he could use of the bijuu to make the next attack a lot quicker and more effective. He would stand in front all the dummies in the middle. Xuro then concentrating his chakra, the beast's chakra, and slowly 3 arms of chakra began forming out from his chest. He then shot out the arms right into the 3 dummies in front of him. The arms formed a fist and hit all the dummies breaking them apart. Xuro then used his two normal hands and attacked the last two dummies ripping them apart. After that he wiped his forehead and then dived into a tree with his feet up in front crashing right through the tree. He then performed a leg sweep slicing apart the bottom part. A piece of the trunk flew through the air when it was smashed apart so Xuro struck his claw right through it cutting it in half...

"Yes its Awesome! Thanks!"

"Bastard Fool!! You small pathetic spec! You have no idea what is the true abilities of my Power!"

"Well then I'll keep trying till I find it out! That's all for today but. I'm hungry I'm gonna go home and eat. Tomorrow I'll come back and find out just what this 'True abilities of your Power' really is! Haha!"

Xuro released the Bijuu cloak and smirked. He then performed the body flicker technique and vanished from the training grounds... 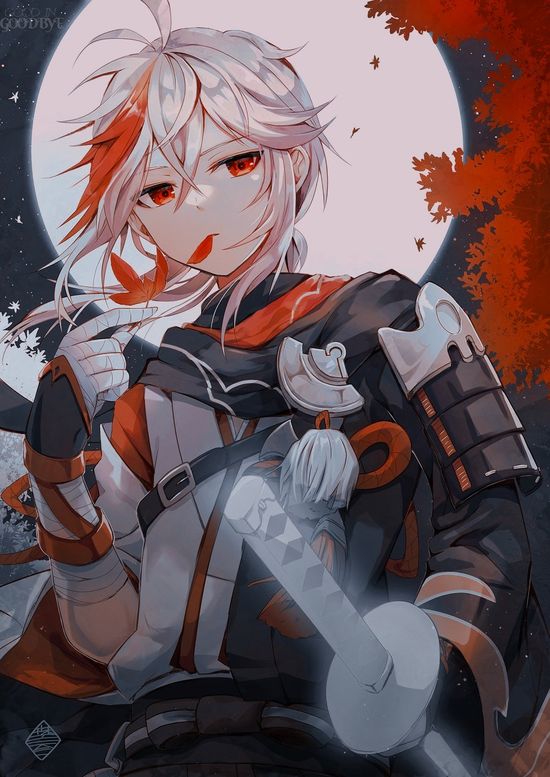 Re: Training with a "Friend" [P,Closed]