Jerks, the whole lot of them. Minoru did not have time to waste on teammates like these, ones that would only try to drag him down with their cheap insults. A boy like him simply had better things to do, that did not involve being assigned to a horrible dysfunctional genin team.

"No. Absoulutely not. Sorry not sorry. I no longer have words for such people. There are many other ninja out there with much better attitudes, and I'm not about to deal with you two. Until you decide that you are ready to work with me, and work as a functioning team without going into childish temper tantrums, I'm leaving." Now not only would Minoru know that the Uchiha were not the only ones with anger issues, this kid taught him that much. What a pity for Minoru really. He had been waiting for quite some time to actually get a team of his own after graduating with his year. In fact, originally he was ecstatic to find out who would become his new partners. Unfortunately, as it seems Lady Luck has let Minoru down when it came to getting competent teammates. Minoru would attempt to exit the training grounds while, Mokuzai had his back turned and Ryan attempted to console him instead of the more reasonable member. 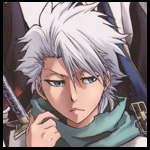 Minoru exited the training grounds, acting like the team was not prepared for the future that faced them. Mokuzai shrugged and smirked at the preppy school looking kid and turned to his other teammate and spoke in a serious manner "and you Ryan, you're an uchiha, and like you just said have not unlocked your sharingan? What are you waiting for someone to kill you before you even unlock them?" Mokuzai turned to his teammate, and knew he would have to push Ryan if he was to see any results. Mokuzai pushed his hands together and began gathering his chakra to flow through his networks. "Get ready Ryan, today I will show you why you need those eyes...to beat someone like me" The team needs work, and they just cannot stand around and do nothing. They must progress.