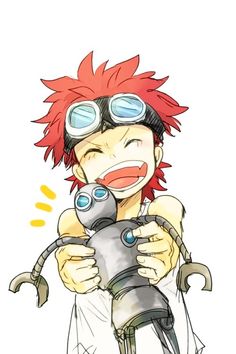 Akira remained motionless in his bed, his eyes on the ceiling as he contemplated on if he would get up or not. He really felt like he should actually be productive today and do something but the idea of simply remaining in his bed seemed extremely temping for the young boy. However he was reminded of such a time like this, back two years ago when he had done the exact thing he was thinking of doing at this very moment. He remembered that the day after that he felt terrible. Quite surprising really, you'd think that if you spend an entire day sleeping that the next day you'd feel refreshed and full of energy. Alas that was not the case with poor Akira, so that was the reason why he decided against staying in bed today. With some difficulty he managed to push himself into a sitting position, a quick glance around his sunlit room to check that everything was exactly as it should be and he was ready to go. Actually he wasn't really ready, as he was still in his pyjama and still half in bed. So first things first he had to get out of bed. Such a difficult task it was, even with being half out already he still found him needing all of his willpower to will his body to move so that he may exit it. With great difficulty he heaved himself from the bed, stumbling slightly before regaining his footing and standing up straight and tall. Or as tall as a eleven year old boy could possibly get. Now then, he had to go about the usual routine of getting washed and dressed, which was easily done. It was almost as if he has done this every day of his life...which he has. Heading down the stairs towards the door he brushed his hand through his blonde hair for the fifth time to make sure that it was in fact just the way he liked it. Another brush for good measure before reaching the door and exiting out of his house. He had to squint as his eyes were suddenly assaulted by the harsh glare of the sun baring down upon the village. A few blinks and his eyes were adjusted to the new light levels, and with that he was ready to go.

The question was, go where? He honestly had no idea what he was going to do today, him actually being here was a spur of the moment thing and as such Akira had not planned ahead for what he would be doing. This was quite a predicament indeed. Having nothing better to do he decided to head over towards the training grounds, a place where there was usually something interesting going on. And if there wasn't you could simply train, so it's pretty much a good place to be if you want to do something. It took Akira around ten to fifteen minutes to get to the grounds, having had to find his way through the twist and turns that were the roads of Sunagakure. But finally he made it, and it appeared that he would be doing some training today, as the grounds were devoid of any activity it seemed. Perhaps it was everyone's day off..it was likely seeing how lazy the ninja seemed to be around here. So Akira had the grounds to himself, how fortunate for him. Over on the far corner was a pool of sorts, quite an uncommon sight within Suna. Though it was probably there in case there were any water users unlucky enough to be born within this village. One such unlucky soul was Akira himself. Indeed he did have an affinity with water, and due to the village being surrounded by a desert he had a hard time being able to use this element to his advantage. The training grounds were one of the few places where he was able to hone his own abilities like this so that is actually one of the reasons he often finds himself here.

Making his way over towards the body of water at the far end of the training ground Akira began a quick brainstorm. What would he practice today was the subject, there were several possibilities, though he came up with two that he felt would be sufficient for today's activities. Arriving at the water's edge he stepped onto the surface of the water, his feet staying on it due to the water walking technique or whatever it was called Akira had a bad memory for things like this. He stepped slowly over towards the middle of the water and stood there for a moment. A string of hand seals by the boy soon followed, the memorisation of the hand seals had taken Akira several days, something he wished to improve on when learning new jutsu in the future. The rather sad truth was that the hand seals only numbered two and as such it was rather pathetic for Akira to have difficulty remembering them, though he tried not to dwell on it that much, he didn't want his ego to be bruised because of some minor difficulty. The two hand seals complete and a swing of the right arm in a wide arc upwards is what the jutsu consisted of. And to show that the jutsu had in fact been accomplished successfully three different masses of water shot upwards. The water were shaped into very fine needles, while only numbering in three Akira assumed that they could still end up causing some harm if they actually managed to hit with someone. He watched as they soared into the air before coming to a realisation, they would come back down. So to avoid being skewered by his own jutsu he took a few steps back. Gravity eventually took hold and the needles descended back down to earth, returning into the pool of water with a tiny splash to accompany each of the needles. Meaning there were three splashes.

As the ripples in the water from the needles settled Akira moved on to the next jutsu that he planned on practising. He was not quite sure of how practical its uses would be out here in the desert but he assumed that at some point it might come to be of some use to the boy. So it would be better to get used to it now and never need to use it. After all he would obviously come to regret the decision not to get used to it when he found himself injured or killed in a situation in which the jutsu would come in handy. With whatever hand seals were required out of the way quickly Akira focused. The water source below his feet turned out to be just the thing he needed right now, as soon a thick mist would form into existence around him. The mist didn't seem to be that heavy and Akira did a quick three-sixty no scope to confirm that this mist was in fact surrounding him. It was, this might end up being quite useful...maybe. One problem with it though was that he couldn't actually see himself, maybe he would have to work on that or something. Never the less, it seemed that he was done with practising for the day. Yep quite the strenuous training session, use two jutsu then go home. That was the type of hardcore person Akira was. Feeling quite proud of himself for baring through it all he left the training grounds feeling quite proud of himself. Unfortunately he still had most of the day ahead of him. Which meant that he would have to think of other things to occupy himself with, which required more effort than was needed. So Akira decided he would just go home to do something like read. Even though he couldn't technically read all that well, perhaps he should take this time to perfect his reading skills. Yes that seemed like a perfect way to spend the rest of the day. With his new plan in mind Akira began to head home. Taking the same route as he had to get here, going through the winding twists and turns of the pathways was quite difficult, as Akira had developed quite a terrible map of Suna in his mind. Said mind map was often wrong which resulted in most of the time him not being in the right place. He recalled one time where he ended up at the wrong side of the village...in the wrong house...eating lunch with the wrong parents. But thats a story for another day, one that he probably won't share with anyone else.

He arrived back home half an hour later, having thankfully not gotten lost. Sitting on the couch in his living room he relaxed letting out a yawn. He had plenty of time to go about the rest of his day. So for now he would relax.