Banteki sat on the ground at the training grounds, waiting for somebody to show up that he could spar with. Things had been a bit boring since his encounter with the Raikage and Mizukage, he needed a good fight to make things more exciting again. He was hoping that somebody of a higher rank would show up, so he could get some experience fighting more skilled shinobi than him. He looked up at the clear sky; lately Banteki had been feeling a great resentment and hatred towards the shinobi villages in his heart. After having almost been killed by the Mizukage and his co-conspirator the Raikage, he was not thinking too highly of any of the great nations right now. He wanted to get stronger, improving his skills so that one day he could take his revenge on the villages that tried to kill him.

Primrose had a lot going on. She sighed as she gathered her weapons together and put them in her pouch and attached it to her hip. She put her sharingan ninjatos on her back and headed out the door to the training field. The weather was actually really nice and she was hoping it would get gloomy that way it would match her mood. She was hoping it would rain because she enjoyed training in the rain because it seemed to make things more difficult for her, and the more difficult the situation the better the learning experience. She followed the path to the training field and felt the wind blow against her. Preparing for training she activated her eyes. Her sharingan had to be trained as well, the more practice with them the better. She was determined to make her genjutsu more powerful.
As she approached the training field, she saw another person there. It seemed to be a young male she had seen around the village. She could not really remember his name, but she knew he was one to train. “I take it you are training to? Care to train together?” Primrose asked with a smirk as she walked up to the young male.

(Hate to do this, but I said I would and I never back down (baring shark teeth))

He comes up behind Primrose and grabs the girl and takes off with her!


(Don't worry, it is helping out Konoha, you will see what I mean) 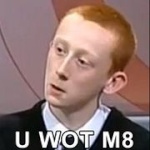 Voided due to godmod.

Banteki would watch as the girl approached him, he would take note that she would have a three tomoe sharingan activated. Being from the leaf village, he would know what this meant, that he was pretty much screwed. He knew of the Uchiha Clan's many unique and powerful abilities, he would be lucky if he were to last a minute against this girl. Banteki gulped when the girl approached him and asked if he wanted to spar, but he would put aside his fear and reply that yes, he would like to. He would get up from the ground, a little wobbly on his feet. He would get up and wait for the girl to make the first move, already planning a strategy in his head. He would grin, starting to feel kind of lucky that he had the privilege of fighting an Uchiha. He knew that if anything, he would learn a lot from this fight.