Sachiko let out a weary grin as soon as she reached Navi, who was now settled in a combat stance with his fist held close to his chest and an outstretched palm, appearing to be ready for anything she would hit him with. He appeared relatively unscathed in comparison to her own battered, bruised, burned, and chakra depleted body. This battle was beginning to draw to an end, and Sachiko knew it.

There was no doubt Navi would win unless... No, she refused to use such a demeaning and perverted technique. The 'demeaning' technique she was thinking of was the legendary hero Naruto's original technique: The Sexy no Jutsu. While surprising and would doubtlessly set her former mentor off guard, it would also cause him to lose any and all respect for her- something that Sachiko was not willing to risk.

Setting this thought out of her intelligent mind, the young girl feinted kicking him in the head, but instead attempted to hit the crimson haired man in the abdomen.

Navi brushed Sachiko's kick away with with his outstretched palm, but decided not to counterattack. Sachiko was holding something back. Navi knew she was tired, but also knew that there was more to her then just a weak kick.

"That's disappointing, I know you have more in you then this," Navi said slyly. He was trying to bait her, but at the same time encouraging her to give it her all and not hold back. Navi stood in the same place as he was before, holding the same solid combat stance. His powerful outstretched palm ready to push away any attack and his fist ready to counter anything he had to.

Navi was prepared for Sachiko to unleash a flurry of Taijutsu and dedicate every ounce of her strength to this fight. Show me what you can do, anything you come at me with, I'll be ready for.

Sachiko's eyes widened slightly at the jab at her taijutsu skills before her face flushed in anger. The girl's eyes narrowed dangerously and she let out a small hiss of fury. How could he say such a mean thing to her? She was tired, of course the kick was a little weaker than normal! Plus, she didn't want to actually hurt him! Screw holding back, her tiredness, and reluctantness, she would prove Navi wrong and kick his butt!

The stubborn young girl's sky blue eyes filled with fiery determinaton before she attempted to punch the crimson haired man in the face with all her might before attempting to kick him in the chest as hard as she could, snarling in anger. She would NOT lose to him and give up! NEVER!

Sachiko had lit up in a blinding rage. Navi hadn't meant to upset her that much, and was startled she became so aggressive. Fortunately, Navi remained steadfast and was ready for anything. Navi caught her fist that was aimed for his face easily. It made a loud *thump as the impact of her fist collided with his palm. The next attack was a kick that Navi was almost unable to deal with. He actually let out a silent gasp of air when her foot connected with his chest.

Navi immediately got back in control of the situation, catching Sachiko's ankle. Now he had hold of both her fist and her foot. Navi pushed her foot aside and kept a firm hold of her fist with his other hand. He twisted her arm hard and then aimed a powerful kick for her chest. He made sure to have a tight grip so it would be difficult to escape or dodge his kick.

The kick was definitely powerful, it had the potential to tear her from Navi's grasp and send her spinning back several feet. It would remain to be seen if she still had fight in her after that.

Sachiko flew backwards and spun back several feet from Navi's grasp, roughly falling onto the ground, causing her to cough and gasp for air.

Ouch...., Sachiko winced from pain when she attempted to get up from the hard ground, I... I can't give up! Not yet! the headstrong genin refused stubbornly, getting up despite the searing pain going through her body. When she was close to getting up, the young girl fell back down to the ground in a heap, attempting to hold back tears of pain. So much pain... But... I won't give up-- no matter what!

At this last refusal, the girl struggled to get up off the ground, succeeding in barely doing so. She glanced at her Sensei and noticed that he was breathing a bit heavy, most likely from exertion... but other than that, he appeared relatively unscathed, causing Sachiko to let out a pained smile. She was glad she didn't hurt him, but felt sad that she couldn't even land a good hit on her teacher. She thought she had improved, but apparently still had a long way to go before she could even think of beating Navi-sensei.

Sachiko's sky blue eyes filled with determination. She would not win this spar, she knew that, but she would try her best regardless!

Hurriedly the small girl attempted to dash (more like limped) toward Navi, and attempted to knock him off balance by swiftly trying to use her hand to bump his leg with all her might in her weakened state. Grinning, she subtly threw an explosive tag underneath Navi for when and if he would fall or step backwards to avoid the attack, blowing him up... Sachiko prayed with all her heart that he would use a substitution jutsu or something similar to avoid the explosion.

Navi watched as Sachiko tried to get up, panting heavily and sweating profusely. She desperately began to climb to her feet before toppling over back onto the ground. She was out of stamina and competely devoid of chakra. This fight was a total loss for her, no matter how much determination and willpower she had. Eventually she gathered the strength to finally exert herself. Through heavy effort and determination she was able to stand up. That was impressive at least, even though Navi could probably knock her over with a feather.

Navi himself had a little more then three quarters of his chakra left. He didn't really feel tired, although it was somewhat of a workout. Without him realizing it a bead of sweat slowly fell off of Navi's forehead. Well I guess shes gotten to me a little bit. Still, he was far from exhauted and it would be a stretch to call him tired.

Sachiko limped forward, still determined to prove herself. Every move she made was greatly exaggerated due to her extremely weakened and tired state. Navi stood still and watched blankly as she came at him. Eventually she got within point blank range she tried to knock against his leg. Navi caught her wrist and noticed the paper bomb in her grasp. She was too tired to move fast enough where he would be caught off guard. Smart move, that might have worked if you weren't so slow. Navi swiped the paper bomb out of her hand and squeezed it hard with his free hand and a small burst of chakra, diffusing it.

With Navi's other hand still having grabbed her wrist he pulled her up to stand up straight on her feet. Navi sighed as he noticed that the desperation to fight still hadn't left her eyes. He placed a hand in front of her and flicked at her forehead with his index finger. In her state Navi expected she would fall over.

Navi wasn't heartless though, Sachiko had greatly impressed him and Navi decided to offer her something. "You've come far as a ninja Sachiko," Navi started. "How about next time we meet I teach you a fire jutsu or something?" Navi said this and a slight smile parted his lips. The sun was beginning to set now, just in time for the sparring session to begin to come to a close.

Sachiko fell over on the ground at the flick of Navi's index finger, roughly falling on her bottom. Owie... the girl thought in slight pain.

"You've come far as a ninja Sachiko," Navi started, a slight smile on his face, "How about next time we meet I teach you a fire jutsu or something?"

At these words, Sachiko blushed profusely and let out a grin as radiant as the sun. "OK! That would be so cool, Navi- sensei!" she agreed eagerly before continuing in a grateful tone of voice, "Thank you so much for sparring with me; I had a ton of fun! I also learned a lot, to!"

Like to conserve my chakra, the young girl thought.

Sachiko's sky blue eyes were bright despite her battered state, and she felt really happy that she managed to impress her teacher. The young girl began to notice that the bright sun was beginning to set across the horizon, signalling the end of their spar and that she had spent the whole day battling with Navi.

Navi bid Sachiko farewell as the sun began to set. She had come far as a ninja and was interested to see how his teachings would pay off for her in the future. 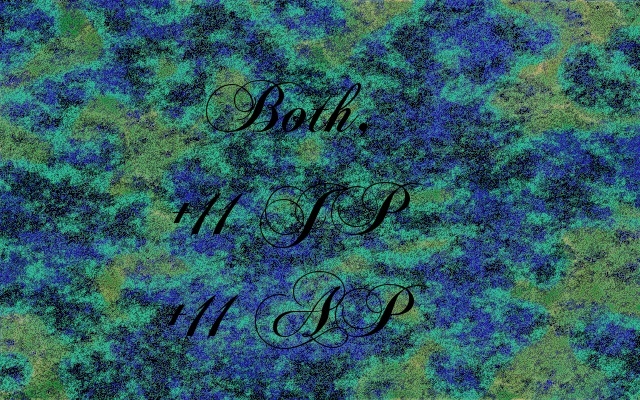 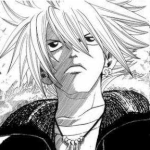 Would like to note that JP is now 100 words per JP. So double the JP amount.